Walter Buscemi was the author of a fundamental time in the Fuegian song book. 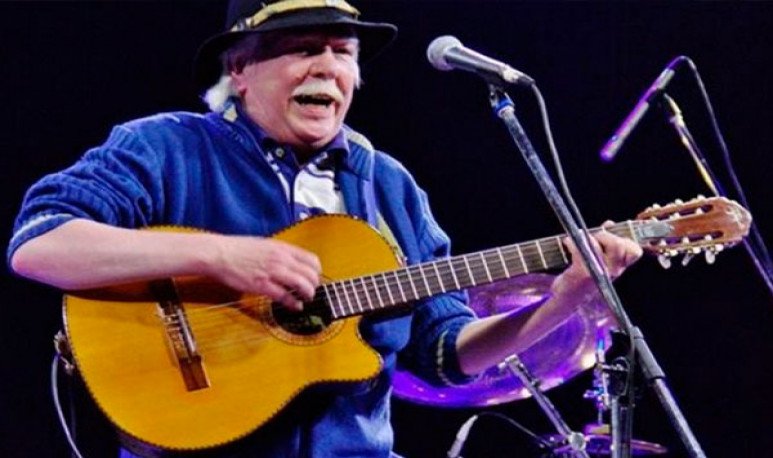 On September 6, but in 1957,  Walter Buscemi was born, a  musical reference in the province of  Tierra del Fuego  , with multiple recognitions and tributes for his important work cultural in  Fuegian territory .

“I am Fueguino and here I intend to leave the traces of my steps that will last. And my children will also stay, fighting for the land of Karukinka,” says his iconic work, " El Fueguino “, to sing to the land he embraced as his own.

Born in Buenos Aires, his mother was Uruguayan and his father was  Santafesino .His family settled in the CAP neighborhood of Rio Grande . His roots made him in football to be a fan of  Sabalero , but his feeling for the land that adopted him transformed him into verses that continue to resonate in the corners of the  Patagonia .

“El Fueguino” was the great anthem of the album   Cantata Fueguina  , a fundamental work of the song book of that province, which came to light in 1983, with which Buscemi sought to pay tribute to the pioneers who reached the edge of the world and sing to the roots in these parts.

“For me the Cantata is a great pride, I always tell that one of the greatest emotions I have had to live is when I first saw some elementary school boys singing 'El Fueguino'”, the singer-songwriter once said when he talked about his legacy in Tierra del Fuego from his work.

His work to promote singing in the province did not end with the Cantata Fueguina and promoted  the Rio Grande Fueguino Festival , which had its first edition in 2007 and over the years, other disciplines such as dance, poetry and plastic art were added.

The artist's work did not go unnoticed and in 2016 “E l Fueguino” was declared of provincial interest unanimously in the Legislature , arguing that “in the songs of the author, native peoples are always present, expressing that genocide and ethnocide, occurred in these lands, was the most fierce and violent.” The Fuego Ministry of Education was also invited to include the emblematic song in curricular designs.

At the national level,  the Senate gave Buscemi the Honour Mention  Domingo Faustino Sarmiento  , as part of the ninth edition of the Rio Grande Fueguino Festival, in 2017, whenalso 25 years since the diffusion of the Cantata Fueguina.

The popular festival that he promoted, in addition, was declared in his city as “immovable”, to be held every second Saturday in October of each year.

In the early hours of February 13, 2018, Tierra del Fuego woke up to the sad news of her death.

The sorrow flooded home corner of the island. Friends, family members, leaders from all over the political arena made public their dismay at the departure of “Cabezón” at the age of 60. His voice went off, but the echo continues to resonate in the province and Patagonia, with a legacy that is more current than ever.

In the social and cultural center of Rio Grande that bears his name, in each edition of the Rio Grande Fueguino Festival, in every boy who plays with his guitar plays the chords of his songs or intonates the verses of his work with his voice, the figure of Walter Buscemi will remain present.

I go looking for sunlight,
which climbs into the sea
and grow with the altitude
of the wind of my place.

I travel the old country
of breda, peat and lenga
and a little blue snow
the river usually finds.

I am Fueguino and here, I intend to leave
the traces of my steps that will last.
And my children, too, will stay,
fighting for the land of Karukinka.

Dress the day in gray
putting at night a final gives
me his warmth
underneath, on the stony.

Open sky and
deep blue mineral
slush that in its voice
the wind makes rumble.

I am Fueguino and here, I intend to leave
the traces of my steps that will last.
And my children, too, will stay,
fighting for the land of Karukinka.