The Santafesina town of Sao Tome is the birthplace of an international prima donna: Virginia Tola. 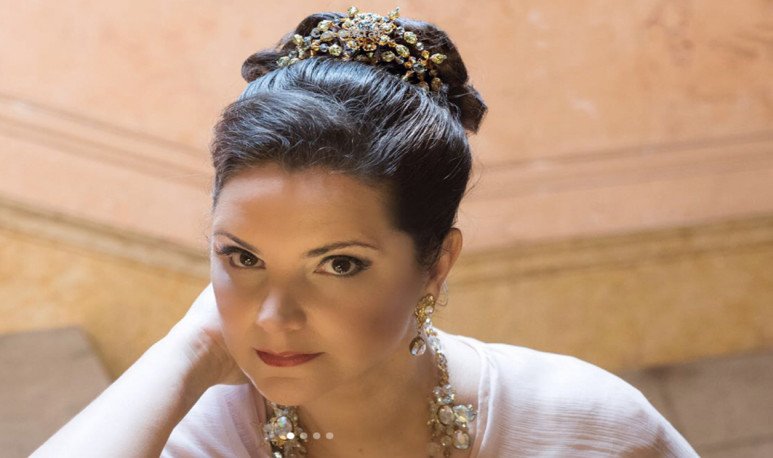 When seen, the first impression she gives is more that of a soap opera actress or a model than a lyrical singer. But when Virginia Tola goes on stage and unfolds her talent, strength and character, it is impossible not to evoke the divas of the golden age of opera . Yeah, I don't exaggerate. I'm talking about Maria Callas's level. Talented, disciplined and focused, the girl who was born in Sao Tome, shone in the most important coliseums in the world.

Such is his talent that almost two decades ago he captivated Plácido Domingo since the first time he listened to her. He was excited to become his artistic godfather. But much earlier, Virginia left her native Sao Tome to complete her singing studies at the Instituto Superior de Arte del  Colon Theater . It was there, in Buenos Aires, that he managed to attract international attention. She won the first prize of the Queen Sonja International Singing Competition in Oslo, Norway, with a jury composed of Birgit Nilsson, Christa Ludwig, Theo Adam and Ingrid Bjoner. He took a concert tour of various Scandinavian cities along with the Oslo Philharmonic Orchestra, under the direction of Marris Janssons and Marcello Viotti.   She was the winner of the International Competition “Operalia”, created and organized by Plácido Domingo.

His Columbus debut  was in Los tales de Hoffmann, with the role of Antonia. In the same season he also starred at Teatro Colón in the world premiere of J. Carlos Zorzi's opera Don Juan. Since then, he has sang leading roles in a myriad of classical operas. Today it is one of the most outstanding sopranos in the world of opera.

A talent that must fly

Virginia says she has practically no memories that you can't find her singing. As a teenager he was doing it in his school choir .  His surroundings soon noticed that his was a serious thing . Of course I would never have imagined Plácido would be elegior as “prima donna” and took her on tour the most distinguished stages in the world.

But Virginia always returns to Argentina.  She returns to Sao Tome to her parents' house, looking for confidences with her sister, her grandmothers' pampering and meetings with her friends. In Sao Tome it is Vicky, without the artist's letterhead.