The concert will be on Thursday 25 April. 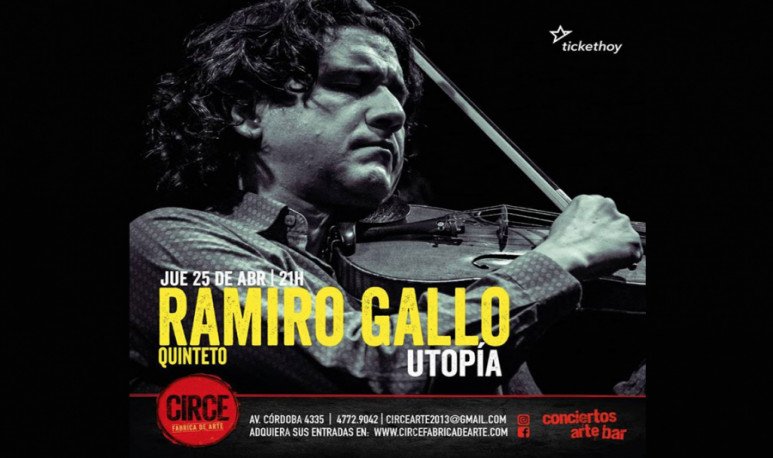 Violinist and composer  Ramiro Gallo , one of the references of the contemporary tango scene, will lead his quintet to present “Utopia”, an instrumental concert with songs from previous and new albums, on Thursday 25 April at 21 in Circe (Córdoba 4335, Capital Federal).

Over almost 20 years, the group released seven albums with the participation of artists such as  Wynton Marsalis, Pedro Aznar  and singers  Ariel Ardit and Lidia Borda  .
In addition to  Gallo  (violin, composition and direction), the quintet is composed of  Adrián Enríquez  (piano),  Santiago Vera Candiot  i (guitar),  Federico Santisteban  (bandoneon) and  Lautaro Muñoz  (double bass).

Gallo  founded the Orquesta Escuela De Tango  (directed by Emilio Balcarce) in which he served as a solo violin and assistant conductor (2000/2008).
Between 1997 and 2005 he joined the  Orquesta El Arranque  as the first violin, arranger and music director, a group with which he edited six albums.