Home Argentine Music Until ever, Ucu

The beloved Salta folklorist Roberto Ucucha Franco passed away by COVID-19 at age 76 in the city of Oran. He suffered from other pathologies that aggravated his situation. 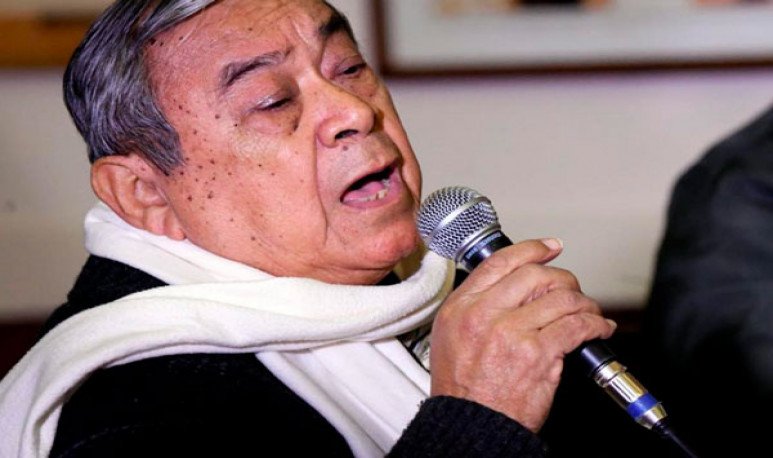 The city of  Salta  sadly says goodbye to one of its  most beloved and emblematic musicians  .  Roberto “Ucucha” Franco  was hospitalized in San Vicente de Paul hospital in the city of Oran. The musician contracted  coronavirus  and his situation worsened due to the suffering of other pathologies. At 76 years of age, he died leaving deep pain in  national folklore.

The folklorist was part of the group  Las Voces de Orán, together with Federico Córdoba and René Gerardo Flores, all of them childhood friends from the Chaco region of Salta. The name of the ensemble sought to strengthen the roots of their ancestors and, thanks to the talent of their members, they managed to make history in popular music crossing the borders of Salta and reaching be recognized throughout the country.

The  news of his death  left a deep feeling of pain among his comrades, who decided to dedicate emotional words to him through the band's official social networks.“With great pain we must report the death of our dear friend Roberto Ucucha Franco. From now on we will only accompany his family in the pain that is our very pain. We got ahead of the Ucu, we went a wonderful musician, but above all things, we went a good man. Today we can't find the words. Nothing is the same today. We're going to miss you Ucu,” wrote through Facebook the members of the group.

With equal sadness, the Salta people mourned one of the founders of the trio protagonists of  countless stories in peñas and folk festivals, who successfully represented the music of the northern province. Better known as Ucu, he was diagnosed with coronavirus like his companion Cordoba, who fortunately is in good condition.His relatives said he had improved and would soon be able to leave the hospital where he was. However, a number of complications due to a pathology in his kidneys completely changed the picture. Ucu left as a legacy his important  contribution to popular music  and his death represents an irreparable loss.

The Voices of Oran, a Latent Expression of the Salta Chaco

His love for music has its origins in his childhood, since since he was 9 years old he began to give signs that music would be the path he would choose for his life. The ensemble was formed in 1969 and, in 1972, they had already won the  Cosquin Festival  with the song "  Chaya de los pooros”  . Throughout his career,  the band recorded 17 albums  including:  Bajo el Cielo de las Carpas, Fiesta Salteña, La Miel de Kella, Fiesta Kolla, Salta is a guitar, Don't come looking for me in the city, Argentina is a song,  among others.

His comrades describe him as a  singer-songwriter  with a privileged voice, a nice village man who had a great willingness to share his art. In 2014  he was distinguished as an illustrious citizen of the city of Oran, where he also entered politics and served as councilor.