One of the most famous trombone players and trombone students from all over the world takes place every year in Santa Fe. Trombones sound. 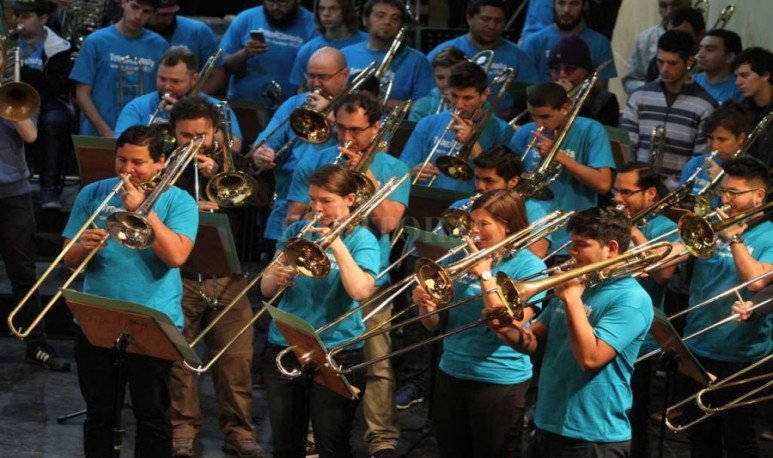 If instead of notes, words came out of the trombones, every winters of each year Santa Fe would become a contemporary Babel. The meeting of trombones from different countries fill theatre halls, esplanades and green spaces of the city.

Back in 1999, the prominent Santa Fe trombonist Rubén Carughi had the idea of bringing together other musicians of the specialty in   a festival   . This was gaining adherence not only from trombonists, but also from the public who, year by year,   fill the rooms where it is performed   . This means that small concerts have to be held on the streets of the city, so that more people can enjoy it. The show that is usually done on Saturday morning in the esplanade of the Teatro Municipal 1ro de Mayo is what brings together a crowd that   covers all ages   . At the end, musicians interact with the audience. They talk, execute small snippets on demand, and exchange WhatsApp emails and numbers. All this to maintain a virtual communication with teachers and students of the participating instruments, who arrive from the most varied places in the world.

Actually, Trombonanza had   started as a training course   and improvement for trombonists and tubists of all ages and levels of execution. At that time, that was only possible in Buenos Aires, with private lessons that meant a high cost and not accessible to everyone. Over time, as we met this meeting, musicians from different provinces have been interested and incorporated. They were added to them from other countries. That is why the International Trombone Association (ITA) has recognized it   as the most impactful event in the world   in the last 10 years.

With the prestige won and the permanence in 20 years, this trombone mecca has, for its festival,   more than 25 professors of international prestige   and about 180 students. In the week that lasts, classes are given and recitals are held in different rooms. Works from various genres (tango, folklore, classic, rock, jazz) are addressed and works are usually released worldwide. Another attraction is the Competition for Young Soloists, Composers and Arrangers. And all that is given is   with free and free admission.

Thanks to Trombonanza, Santa Fe deserved to be declared of national interest. Considered “the Trombone Capital”, by National Law No. 27327 and the National Trombone Festival of Provincial Interest, by Provincial Law No. 13,478.