Prolific artist if there are, Andrés Calamaro has an extensive list of themes to remember. We chose some, which would you add? 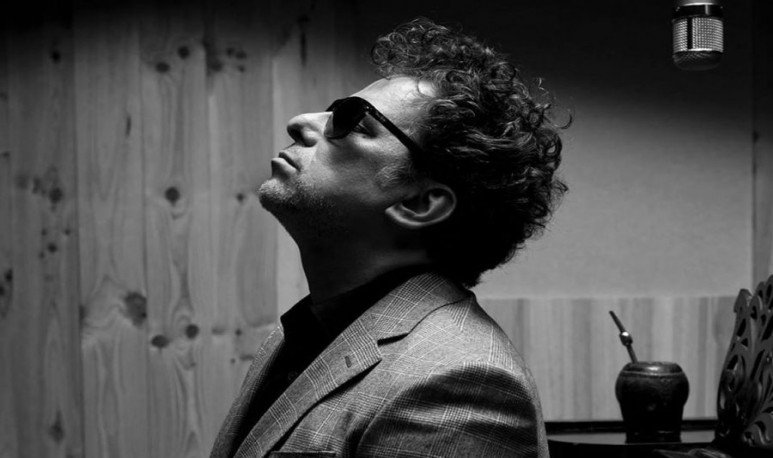 Andrés Calamaro  is one of the most important  national rock  figures of recent times. He is an Argentine icon who has gone through several stages, first with   Los Abuelos de la Nada  , then with  Los Rodriguez and finally as a soloist. Today we chose 8 themes that cover all its stages. What do you think?

A young  Calamaro  once wrote this perfect song of heartbreak. “Let's move on to another topic, I do not want to talk about it, the house is empty and cold” - the topic begins with him singing like this, suddenly.

Along with Los Rodríguez, Calamaro released this song whose title is almost an oxymoron. With his lyrics, the artist moves and installs in the emotional and collective memory. “No matter the problem, no matter the solution, I keep what little remains in my heart, I like problems, there is no other explanation,” he says in his refrain.

This song has, perhaps, the most successful concatenation of rhymes of all Calamaro's lyrics: “I was talking to the sister of a Colombian girl, they slept in separate beds. Taking a cappuccino was Chinese New Year in an  Argentinian restaurant  (with empanadas and  wine ). The problem is that the baby was cute, but good people, and she touched my forehead.”

Brutal honesty is perhaps  Andrés Calamaro's best solo album. The year  1999  ran and a long century was over. He decided to fire him by starting the last album of the decade with these stanzas: “Who will write the story of what could have been? I who dreamed awake no longer dream asleep.”

Love  is full of disagreements, and Calamaro is an expert in translating these complex emotions exactly in his lyrics. “And deep down my pain is so deep, because I'm going, and you can't change your  heart  like a shirt without losing my smile.”

With  El singer  (2004), Andrés Calamaro moved away a bit from his most rocking facet. With lyrics by Marcelo Scornik, “Estadio Azteca” was one of the few original songs on the album, a song to the unstoppable passage of time.

A Latin rock hit at its best. A catchy letter and guitars in the foreground - the perfect combo. “Silly, everything in life is paid. Silly, not with me.”