Home Argentine Music Those of Unquillo, for everyone

A very particular duo that combines folklore with new themes. Unquillo's sound on every speaker in Cordoba. 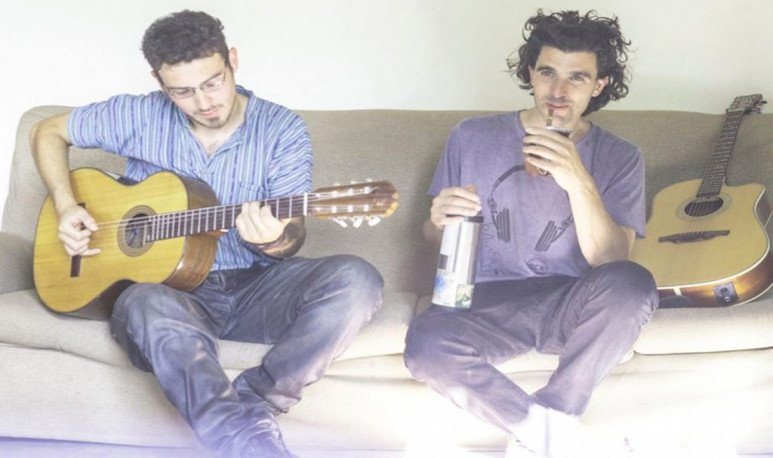 Los de Unquillo is a  duo  of young people  who delight us with their music and their passion. This is Fumel Suárez Azar and Franco Moreira. Two artists who, with pure dedication, immersed themselves in  the  folk genre   to give us the best melodies. The last album was published in collaboration with renowned artist  Raly Barrionuevo , who supports this project from the beginning and with many forms. Raly is recognized as  the duo's godfather , as he was the key link that made Fumel and Franco meet.

The presentation of the  album La Flowering  was held last year. With this new artistic material they toured the  city of Cordoba  and took their rhythms to  all corners of the territory . This production deals with the themes, emotions and sensations of the inhabited mountains. From the  mountain spring in  Unquillo.

To infinity and beyond

Those of Unquillo were born in the squares of the town where they were born. They grew  to be recognized throughout the province.  La Herbera, the busiest place in the city, is the origin of  La Flowering  and (we hope)  many more albums  . With the  bass drum  and guitar as a means of transport, we travel to new emotions generated by their music. Between original traditions, mate and zamba, dance and shoemaking, they spent whole evenings. The  staging  went to the cap and without much programming. Always playing at fairs, in squares. Simple places, events made to share. Unquillo's are born together with their audience and are constantly renewed. First as low-profile local artists. Today, with published records, they are gaining their fame and transcending borders.

Fumel and Franco, with  their mentor Rally Barrionuevo,  have already made tours and shows in various places. They always return to the Unquillo of their roots and share their music with the Cordoba  sierras Chicas . They always turn on, and show their gratitude with dances and handkerchiefs in the air.

Unquillo's, they're from Cordoba, but they're also from the world.