This is the only record made by Miguel Abuelo in his long European exile, between the early 1970s and early '80s 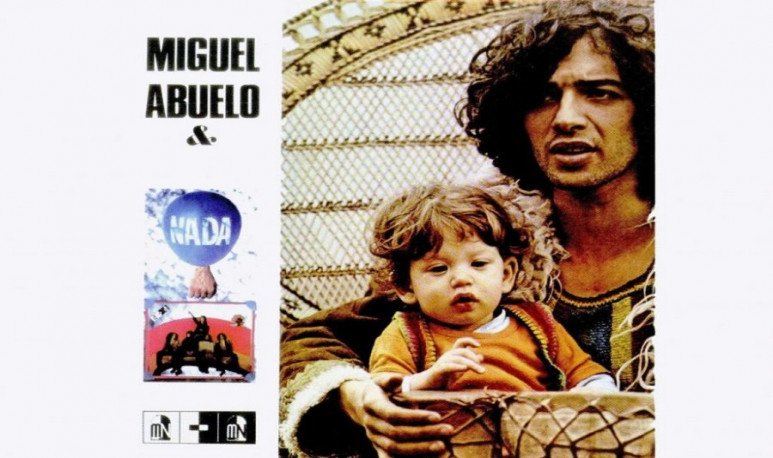 The cult album “ Miguel Abuelo & Nada “, which the remembered musician recorded in 1973 in France with a group that also commanded the former Virus Daniel Sbarra , and considered one of the best works in the career of the leader of  The Grandparents of Nothing  , was first edited in the country in physical and digital format.

This is the only record made by   Miguel Abuelo   in his long European exile, between the early 70's and early '80s, produced by Frenchman  Moshe Naim  , a kind of Modern patrons, who died a few years ago, who financed works by  Rafael Alberti, Pablo Neruda  and  Salvador Dalí  , among others, and in those years he was amazed at the art of the Argentine musician.

The album comes for the first time to the local audience thanks to an edition by RGS Music, a company that publishes artists such as  Vox Dei, Willy Crook, La Brofradía del Flor Solar, Diego Frenkel and Generación Cero , among so many, and has a record store on Avenida Avenida Corrientes, in the Buenos Aires district of Villa Crespo.

“ It makes me very happy to have something so sought after, so emblematic in the catalog. It is an album that appears in all the rankings as one of the best in Argentine rock, but it was nowhere. It was like a great myth,” said Andrés Galante, holder of the stamp.

According to his story, the possibility of publishing this work arose when a Spanish record label contacted him to buy the license to edit in that country the album “Jeremías pies de plomo”, by Vox Dei.

“ When I started researching on the Internet to those who was selling this license, I find that they had edited this much-sought after work by  Miguel Abuelo on vinyl. So they gave me the data about the person who had the rights, who was someone close to Moshe Naim, I contacted him and in a very short time we reached an agreement,” said  Galante .

The local edition of " Miguel Abuelo & Nada " respects the original cover photo, in which he sees the leader of the Grandparents of Nothing with his son Blue Cat on his lap; inside it contains the letters in Spanish and in French, as in the initial version; and includes the photo of the whole group, which was initially destined to illustrate the album.

In it you can see the members of the band, formed by Abuelo, in vocals; Sbarra, on guitars and choirs; Pinfo Garriga, in bass and choirs; Diego Rodríguez, on drums; and Carlos Bayris, in cello and choirs, compressed in a kind of suitcase and a hot air balloon with the name of the group.

“ I was struck by the quality of the audio. There is no record in Argentine rock of that time with that quality,” said Galante when referring to the record that combines the particular style of Abuelo with folk and heavy rock pieces, an imprint provided by Sbarra.

“ It's an album that I want a lot, so I'm delighted with this edition. I thought it was tremendous that it had never been edited here,” Sbarra himself told this agency, who said he had several failed attempts to publish it in the country, and defined the album as “a missing link” of Argentine rock.

The former Virus recalled that the leader of  Los Abuelos de la Nada  summoned him to perform some guitar solos on the record he was recording at the behest of Naim, however the musical chemistry between the two provoked a change of plans.

“ Miguel was so cool with what we were doing that, in the same studio, he told Naim that all that material was going to the trash and that he was going to make a record with a band headed by both of them. This is how this group work was born, which is mistakenly considered a soloist work,” Sbarra explained.

It happens that between the recording of the album and its edition spent more than a year, in which the group dissolved due to musical differences, and as Naim intended to continue working with Miguel Abuelo, threw it to the street under the title “Miguel Abuelo & Nada”.

In the same vein, the producer chose a photo for the cover in which only the leader of  Los Abuelos de la Nada would be seen, rather than the whole group.

“ The band was called Nada because I loved the name  Los Abuelos de la Nada , which was the one Miguel had used in the band with which he recorded his first albums in Argentina, but since he wanted to leave behind that stage, we opted for this name. Actually, first we were Sons of Nothing and then we reduced it,” Sbarra said.

Marcos Ayala's company will start a tour around Europe

At the age of 87 Rodolfo Zapata died

Ensamble SurdelSur brings to Café Vinilo its music from the coast

Susana Rinaldi: tango with a purpose