From Chaco, the Quinto Poder is a band focused on heavy metal. 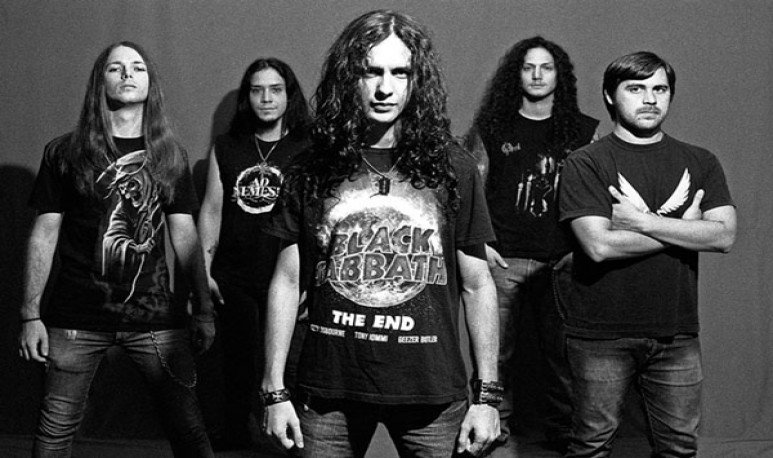 With 10 years on the rock scene, a musical band is full of talent everywhere they are listened to. From Chaco, El Quinto Poder is a hard rock band with great career. They have earned a place in the environment thanks to the perseverance that characterizes them and their incredible melodic abilities. Such is their technique that there is nothing as heavy as the revolution they have caused.

The band formed in 2008 with Adso Maidana on guitar and vocals, Martin Eebel on drums, Alberto Méndez on bass, Vladimir Vagabculow on keyboard and Gabriel Acosta on guitar. The latter two are also in charge of carrying the choirs. From a very young age they set out to perform music in their own style, framed in metal with dyes of progressive and symphonic rock. The main goal they had, and they still have very current, is that their music goes as far as possible. They wanted to arrive to renew the Latin American rock and metal scene, to be part of the rock revolution.

A trajectory that complements them

The boys of the Fifth Power have an extensive career that they have managed to grow over the years. Three years after its creation, in 2011, having passed through stages in Chaco, they won the national contest “Wonderful Music”, in which two hundred and sixty groups from all over the country were presented. Buenos Aires. In addition, another of the awards they received was recording two tracks at the legendary studio Del Cielito Records. The recorded songs were included in a nationally released album, a milestone for the musical ensemble. In the final instances they even shared the stage with famous national artists.

In 2014 they become even better known due to repeated performances on the local TV program known as   Charock   . Playing their own songs and collaborating with other musicians and bands, they appear on the screen girl for all Chaco.

Your album   Catharsis   was recorded in May 2016. The album was presented in front of an entire fan room at the nightclub Hendrix, located in the city of Resistencia. While the presentation was taking place, they were recording at the same time an unplugged recital for the TV show ̈Cuerda Libre. This program is notable to present prestigious artists from the region but, in an acoustic format of their songs. That same year, a few months later, they published their first video of one of their songs, “Ella se laughing”. It was a resounding success on social networks, exploiting in the number of views obtained. To end that year with a golden brooch, they are invited to play together with the band ¨Heaviest¨, who were recognized in Brazil. In addition, they won the “Chaco Rock Solidario” competition, getting the first place among more than twenty groups in the city of Resistencia and its surroundings.

The following years would be even better for the hit band. In 2017, they performed their first recital outside Argentina, at the Reactor Vol. 4 Festival in Asunción, Paraguay. A second video clip of the album   Catharsis   would be published that same year. At the end of that year, they released their first live DVD titled   Brothers of Metal Vol. 1   . The filming took place at the Carpo Bar in the city of Resistencia. 2018 had a great future ahead of them. That same year they won the competition that would lead them to play at Taragui Rock, an important event in the northeast. To crown that end of the year, they launched through a digital platform an unpublished theme “Lthargy of Salvation” and, a video clip promoting their work.

The band that breaks with all the stereotypes of rock has a solid musical career. It carries a large number of discs published to date. Their songs are an instant hit, which, the vast majority, can be heard through streaming platforms such as Spotify, Youtube and even on their official Facebook page. Chaco's Fifth Power continues to grow despite quarantine. They do not stop at anything and promise to present a new album, surely full of hits.