We tell you the story of one of the most outstanding musicians of the Cordovan quartet. “The angel” who sings from above today. 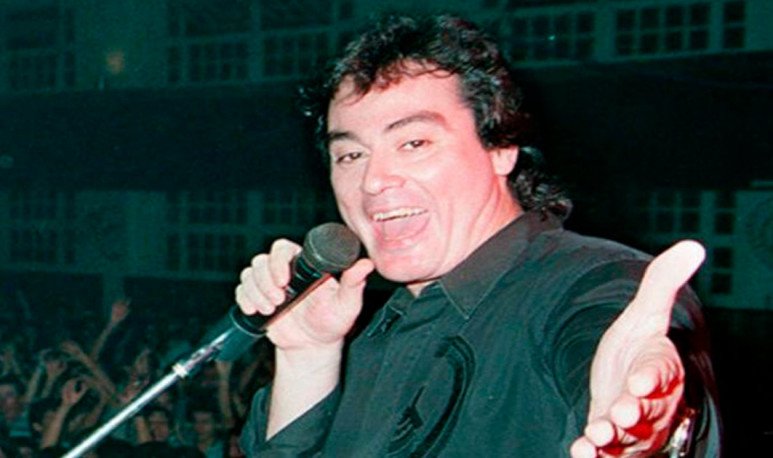 Edgar Ephraim Fuentes was his real name, but everyone knew him in life as “Gary”, the angel who sings.  His nickname comes from his name  “Edgarito” , which was shortened until he was baptized as the legendary Gary. He was born on February 5, 1962 in Amboy where, at present,  every year there are musical activities  and other events  to remember him.  This singer was a quarteter and Cordovan par excellence and his career was marked by different regions that, in his wake, gave him indescribable moments. For example,  East Cordovan  was one of the places that most marked his life,  as the popular artist  spent much of his childhood and adolescence in San Francisco .

Edgar Efraín Fuentes came to San Francisco  when he was very young . He was  the eldest of three brothers  and with his family came to town for his father's work reasons. First he went to Sarmiento school and then to San Martín school.  At the age of 17 he met his voice, began to sing.  She played folkloric music from a young age and, in the late 1970s, she participated in a group called  Los Felines  . Although he did not record any albums with them, he spent much of his beginnings. He then formed a duo with Hector Nieve:  this is how the successful duo Hector and Gary was born  .  Already by this time ,  Edgar began to use his nickname as a stage name.

Little angel in the big city

In the early 1980s,  Gary was already 18 years old, and decided to move to Cordoba's capital, where he had  more moved.  Maybe there, he  could bet on his future singer.  Thus, he was summoned by Manolito Canovas to begin to be a member of  Trulalá, one of the school groups of the Cordovan quartet along with Chébere . That was  the key to success:   the step that would give him the recognition  that  the kid  deserved.  The Angel became the soul of all the quarteterers because his voice was the flag.

With music in the blood

As a soloist, before the end of 1990, Gary had already released an album for the BMG label, titled So Like Sorry.  The promotional theme of this album was “Te burlaste”. Already by the  beginning of 1991,  following  the rhythm of quartet record productions  ,  Gary released his second album  :  El alma que canta.  His promotional song  “ Detrás de la luna” was another hit that Gary performed not only in dances, but also on TV shows to which he was invited. At the end of the year he recorded his third album, and the song that gave the name to this was an event: “Angel”.

The Angel of the Scenarios

Gary and his orchestra  began to  become popular  in all Argentine provinces, including Buenos Aires. Throughout his career he was consolidating his style that fused elements from various genres.  And he was moving away from the quartet, he had his slow versions, but he never stopped making his audience dance.    In 1998 the Association of Chroniclers of the Show in USA. The US awarded Gary the Golden Award for Best Latin Singer.  It happened in Nevada (USA. UU.). In 1999 the  Cuartetazo Award was awarded,  and Gary won three of them:  Best Soloist, Best Record and Best Theme.  By the end of that year,  the presentations were  international:  Chile, Paraguay and Uruguay.  At the same time he received prizes, distinctions and awards without stopping. And their groups of followers were increasing day by day.

His professional artistic career lasted 16 years of joys, recognitions, dances and emotions.  During that period he harvested  11 gold, 9 platinum and several double platinum discs.  During his 10 years as a solo singer he reached  11 million albums sold.  A star that would never be forgotten,  an angel who would accompany the greatest quarteterers with his light.

Gary died on Friday, November 9, 2001, at the age of 39.  That is why  every November he is remembered with love. And he tried a “sudden death”, is suspected to be a consequence of the serious diabetes condition suffered the artist.  It was a surprise abandonment, no one expected it.  And there are those who still dream of seeing him again  above the stage  waving the crowds with a thirst for fun.