Kevin Johansen is a different artist. With its own style that mixes different musical genres, its sounds are unique. Like him. 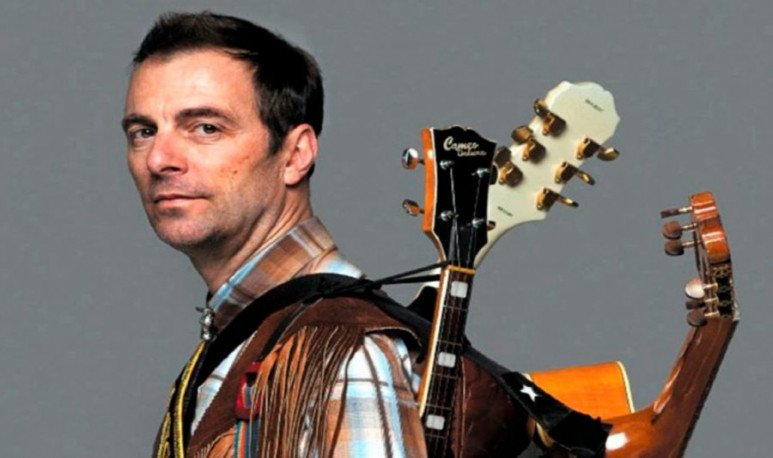 Sometimes, labels don't work. Trying to fit something or someone into a category loses sense when categories don't fit what we want to define. If anyone had to encasel the musical style of     Kevin Johansen     , would be facing a great disjunctive. Because Kevin is — as he himself defines himself —   de-generated   .

The sounds of Kevin train something   cumbia   , something about   folklore   , some Latin American popular music. A little pop, rock, and why not—   tango   . Yes, all that, but mixed and with an unexpected end result. As if that were not enough, the musician sings in Spanish and English, sometimes within the same song.   Trying to define Kevin Johansen is, then, an impossible task.   And, moreover, unnecessary.

Kevin Johansen en   100% Argentinean   , but was born in Alaska, USA. From an Argentine mother and an American father, he lived as a boy in different American cities. When he was about 12 years old, they moved to   Buenos Aires   , although they also passed through Montevideo (Uruguay) for a while. Since 1990, Kevin lived in New York, until he finally returned to Argentina in 2000. Today resides in the neighborhood of   Schoolchildren   , where you can see him walking like another neighbor.

It is that, despite his career and success,   Kevin Johansen   is still a   artist   niche. Everyone knows him, but he does not lose closeness to his audience or his humility. That same atmosphere is breathed in their concerts, where   people go up to dance on stage   And he goes down to take the audience out to dance. When Kevin plays, it's like he's playing a friend.

Because, to be a star, you don't need to believe in the sky.

Music in the wagons

Did you know this song isn't from the Green Enanitos?

A journey between two shores

From Baroque to the children of the world