Soda versus Los Redondos or Sumo, are the kind of dichotomies that the Argentine needs to start. 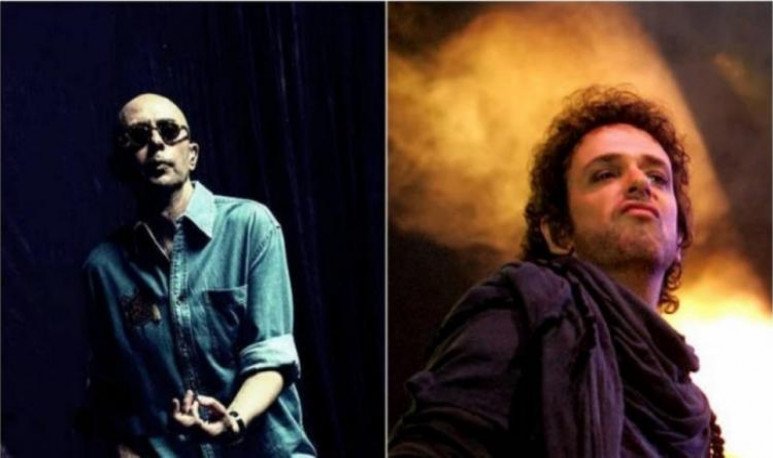 All Argentines know that ours is the country of opposites, polarization. We always have, or we are inclined, to choose between two extreme options. All we make a “River-Boca”, a “black or white” - a superclassic, a dichotomy. It will perhaps be the desire to compete, or a need to identify with something, to belong to a group, to follow a mass larger than ourselves and to free ourselves (even for a second) in that mysticism that is generated. Whatever it may be, the point is that rock music could not help but also have its polarization. In this case, we had  Soda Stereo  facing  Los Redondos  . This was the superclassic of rock for a long time, and the gaps of that rivalry are still perceived today. Many have witnessed altercations, conflicts or even a street fight between young fans of each band. Its protagonists always said it was more of a swollen theme, because rock bands in Argentina also have swollen, like football teams.

Soda versus Los Redondos or Sumo, are the kind of dichotomies that the Argentine needs to start. With Sumo still, because we left the same place: we are looking for the perfect song and they looking for the most imperfect song possible. But with Los Redondos, I don't understand it. I never understood that while I was playing live, some of them sang against the Indian. It's true that, in a Los Redondos song,   the Indio   talks about us climbing antennae. Maybe he screwed up that we sang “La Cupula,” but I was always a very elucous guy and it's also true that we were up there. We could talk about what it looked like. That was never serious. The problem was that he became political.

And what did El   Indio think?

In my case it never existed, and I guess in his case, neither did it.   Blocks  that have to do with differences, like Boca-River, that exist to feed that vertigo of the consumption of things, but usually that doesn't happen in intimacy. He is very fashion, frivolous, cooler, and I'm more critical, rispid, more acidic.

Although a little pepper also put its protagonists to  the pica , it is real that the Argentine is used to measuring everything from the logic of football and there, Unfailingly, you need a rival, a match and a final result. We need to understand things from the court, and there we solve them. We can not forget that doing this allows us to always have a swollen, a place to support, where we return every Sunday to encourage as one voice. The problem, of course, is when that voice feeds not on love for one band, but hatred for the other. In addition, we must admit that the match that faces Soda Stereo with the Redondos was, is and will be a match without any possibility of definition. Could we find an arbitrator capable enough to mediate between antagonists of such magnitude? Is there any entity with the power to say what is valid in rock, what is the best music, what art and which group are worth more than the following?

I don't think so. The truth is that we barely take a little perspective, we found out that they are very different bands. Still, they both made national rock. Both reflected a social situation that was being lived, painted the emotions of the Argentines, were the voice of a generation. They still move millions of teenagers, adults, and all kinds of people. And just as there is no one who does not join Jijiji's pogo, so there is no one who does not join the Light Music pogo either. Maybe we have the virtue of being able to find that these so-called poles are not so different.