We tell you all about Rodrigo Romero, who played the iconic Cordovan quarteter in an original way. Following in its footsteps, thousands of doors open for this Cordovan. 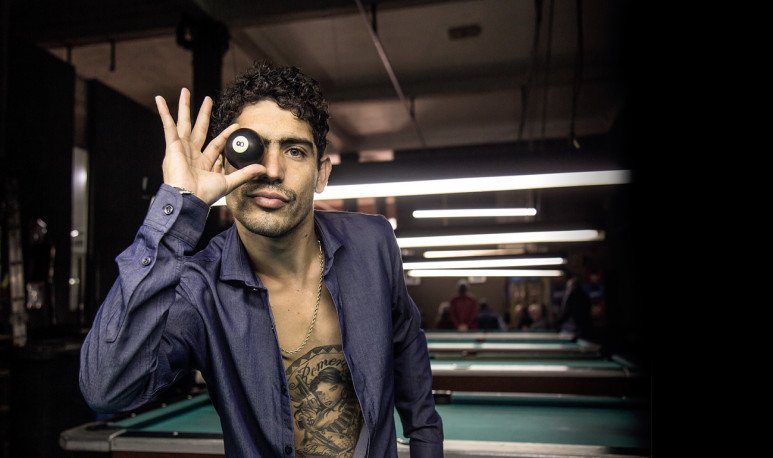 Rodrigo Romero is a singer, songwriter and actor.  He was born on October 8, 1988 in  Rio Cuarto, Province of Córdoba.  His mother called him Rodrigo, without the country even knowing who  would steal the heart of all the Cordobés and quarteteros: Rodrigo Bueno.  However, the name  marked his fate  and a few years later, as if it had been written in the book of life,  the quartet would become the flag  of his upbringing and family. In addition, I would connect it in a very deep way with the biography of El Potro.

Rodrigo grew up in a  very humble neighborhood  and  was   just a shower  singer  . But in 2018, his life took an unexpected turn.  From working as a mason in Villa Maria, he went on to be on the front page of all national media.  He was already researching and working in the art world, but the definitive decision to bet on his career was from the film  “El Potro”  . Since this was the turning point where he discovered himself. All this thanks to  a dream, a casting and having the blessing of being tremendously similar   to one of the greatest idols  in the country.  the Cordovan cultural field, as well as for the acting and musical world.

After having played Rodrigo Bueno's starring in the film  “El Potro, Lo Mejor del Amor”,  in 2018, he decided that music would be the one to guide him.  That is why he began to make his own way as a singer, without neglecting his  skills as an actor and composer.  The film crowned him with a physical cover album for the film, where Rodrigo discovered the unique taste of  recording in a music studio.

The Film was highly repercussion due to  the importance of the iconic character  he played.  Rodrigo Bueno's biography was a landmark of public interest,  and as such, it was screened in Argentine cinemas and Netflix worldwide. With this production, Romero was nominated for the  Condor Silver Awards as Male Revelation Actor  and the  Gardel Awards for Best Sound Band and Performer.

After these wanders in the world of cinema, followed a year full of  tours and shows in Argentina, Uruguay and Spain . Obviously, Romero continued in parallel  with his projects  and his life, for example, the production of his own album.

Re-living the Cordovan quartet in every corner and taking it from export to European lands , Rodrigo could not get off the tables and became his audience . Thus, he discovered that he was able to compose and  write his own stories  in the form of music. The songs began to resonate in his head naturally, as if someone was blowing them into his mind. Will it be a  paranormal connection  to the quartet milestone? Will it be a  revelation of destiny ?  Romero does not move away from the figure that led him to fame:  he assures the media that Rodrigo is his mentor and his “role model.”  “ There will always be  songs of him  in my repertoire, or some gesture,”  he said, at the same time he said, “I never weighed fame and exhibition.”

At the beginning of the year he worked with Trula,  singing  “Hermano mio”  with singer Gino Rodríguez. And from that moment, already with half an album advance of his own authorship, he is presenting his songs, little by little. Around which it generates universes and 100% creative content. In her own style,  she fuses quartet with urban and Latin rhythms . Rodrigo assures the media that he is still  “looking for  his own style ”  and that's why he experiences  living the tunga tunga from other genres like rock, salsa, trap and more...