El Alambique is a musical group with 21 years of experience. 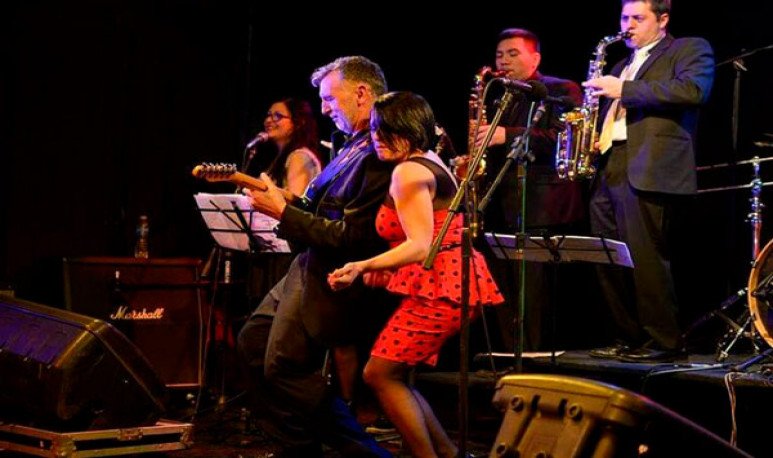 If we talk about musicians and bands that are still on stage with their sound and content particularity, we should mention  El Alambique: 21 years of presence  not only at the regional level, mostly in  Bariloche  and the Andean area, but in other countries.

Blues , Latin and African American styles, irony: all this condenses this band that was born in the 2000s. Santiago Azar, founder comments that “perhaps the most outgoing note of our style is the humorous tone of our lyrics. Let's deal with serious and everyday issues, but we look for people to come out with a smile from our recital.”

With a few days of quarantine, the band released the album “Es lo que hay”. This is an atypical presentation but strengthened its presence in digital networks and platforms.

Virtuality also allowed him to present the record work in two cities of the country: in  Pergamino  y  Corrientes  , which catapulted them to their participation in the “1st Obregón Sonora Blues Fest”, which took place in Mé xico, telematically, with bands from various countries such as the United States, Peru, Chile, Ecuador, Brazil, Spain, Italy and Nepal.

“Es lo que hay” is a record work entirely with their own compositions, and had the special participation of Michael Fill, emblematic of the New York blues and author of several albums, on the song “Ya estoy”. They also managed to record a song with “la reina del blues de Baja California”, Olga Pérez Sandoval; today she is the lead voice of the band “Hola Soy Lola Blues Band but has participated in many others in Mexico and the United States

The lyrics adopt the narrative of the joke: tension and auction with some irony or occurrence ; themes such as “I have no more weight”, “loose dogs” and “the mambo of the separate” are everyday stories made song: someone who does not come well at the end of the month, the overpopulation and oacute; n canine and how complicated it can be to collect the food fee of an ex. All that happens in “Is what there is” and in each presentation of the band, whether virtual or face-to-face, something they miss quite, all the members say: neatness and stereotypes, personal and others experience, anecdotes; enjoy everyone who listens to them.

In addition to music and shows,  El Alambique participates and organizes festivals and events : from small bars to large theaters and auditoriums: National Chocolate Festival, the Provincial Festival of La Estepa, the Municipal Beer Festival, at the Fiestas of the European-Argentinian Communities. In 2013 it was the only Argentine band to participate in the global grid of events simultaneously of what was the inauguration of the “International Blues Music Day”; it also organizes the Jazz and Blues Festivals of Dina Huapi, a few kilometers from the tourist city; in short, where the blues local is partying, there is El Alambique, a song that sounds in this first record work and, of course, gives the band's name: “distilling drop by drop, distilling pure blues. The best of liquors, comes out of here in the form of blues”, usual closing in the band shows.

The songs are already on the different platforms and social networks of the multifaceted band, which will seek to continue to make place in the regional blues scene: and also to further explore the international stages: Mexico, Europe, perhaps? We will have to be attentive to the next moves of this great band.