“Misiones i love you” is the new song by the missionary Roberto Edgar Volcano. We warned you, when you hear her, you're going to fall in love with Misiones. 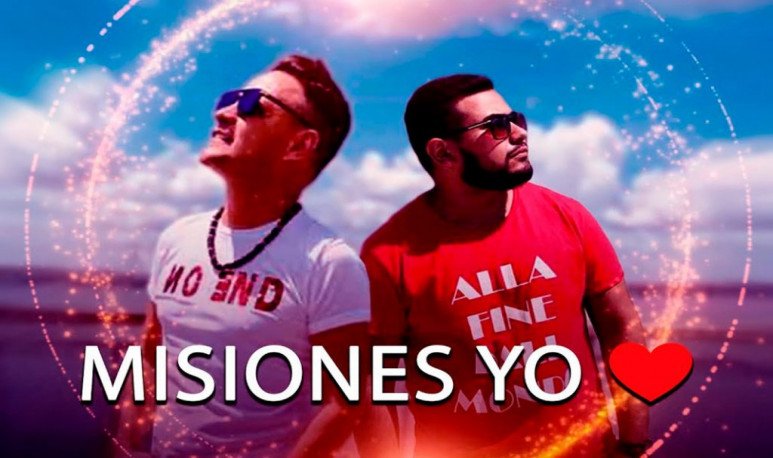 How many things do you have to fall in love with the beautiful province of the red land? Well, a few. On this occasion,   the missionary and former Volcano, he puts on his missionary shirt and sings them all together   . The Falls? I'm sure. The mate? , no doubt. With reggae music, and in a duet with artist Lion, Edgar Volcán makes you fall in love with Misiones. You're gonna know why!

“This goes for all missionaries, from our beloved red land. This is Lion, that's Edgar. Missionaries and proud”, begins by rhyming “Missions I love you”.   Song that was posted on YouTube   and that was filmed in various corners of the province.

Roberto Edgar, the former leader of the Volcano group, is a native of Puerto Iguazu, Misiones. In this song you can feel the affection and experiences of the idol of tropical music for its red land.   “How to forget where I left, my wanderings being a gurí. Nature is part of me, it's where I grew up, that's where I was born. Iguazu, Waterfalls and a lot of beauty, where nature is our wealth. Where you share what is on the table, where the bad goes because the good weighs” ,   says the lyrics.

Roberto Edgar Volcano's childhood took place within a humble missionary family. At the age of 8 he began playing and singing in a neighborhood band with his uncles. But when he turned 17, he went to try his luck in Buenos Aires. Innocently, he performed at a casting   Saturday Passion   And, at that moment, his career made a boom. Later, various circumstances of life took him away from music, but today he is coming back. Through a new genre, reggae, and a running mate from the city of San Vicente.

What these two great missionary artists achieve with   the song is a glossary of everything good that has the province of Misiones   . From the native peoples brothers to legends and myths. But this song does not talk only about the missionary past. With a sticky melody, it takes us through the natural attractions of the Falls, passing through the unique customs of the red land. The guitar and accordion stove, the turkey and the mate.   “Doing the chipa there is no one to tie us”   , as the song says.

This musical theme is an invitation to get to know the province and discover everything you will fall in love with Misiones. As Lion says,   “If you're confused and don't believe me, come see what only in Misiones is seen.”