Home Argentine Music National rock had its night in the Harvest

With the prolixity that characterizes it, Fito Páez again exalted the figure of national rock. It closed the night of the first replay. 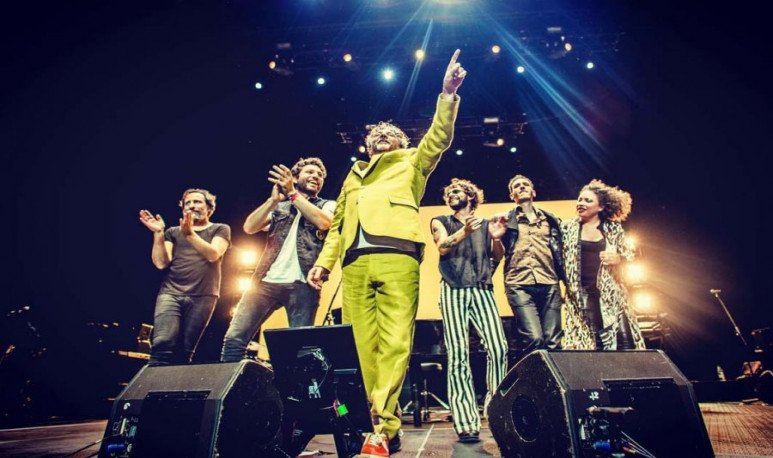 Fito Paez returned to  Mendoza  and to the  National Harvest Festival  . “So long without seeing each other. So many things have happened, haven't they?“, greeted the benchmark of our rock. Páez started his show after 23 with “Love after love” . The 56-year-old musician wore a red suit and white sneakers. “Let's all sing now, it's inevitable. Time passes and the songs are moving from house to house, from generation to generation,” he threw as a warning before performing “11y 6” .

Once again, it only sounded  “Tu vida mi vida” , from his album   La ciudad liberada   .  Then came a repertoire of his greatest successes that made the more than 20,000 people who attended vibrate. And so it was that  rock  sounded to the beat of “Tombs of Glory” , “Two Days in Life” , “Next to the Way” , “Polaroid of ordinary madness”,  “City of poor hearts”, “Mariposa technicolor” and “A roll my life” , which were executed by a super tight band, of those to which Fito already has us accustomed to form, composed by Juan Absatz on keyboards, Maxi Agüero on guitar, Diego Olivero on bass and Gastón Baremberg on drums. 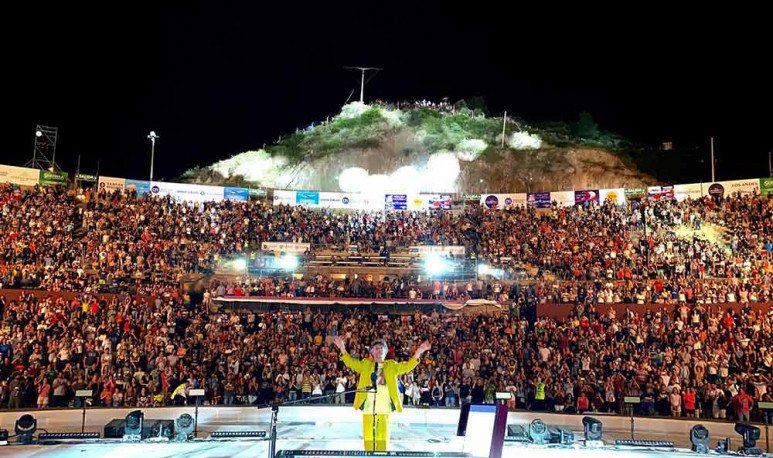 “Now I want everyone to turn on their phones,” Paez asked before singing “Brillante sobre el mic” , reaching the end of the concert. And the Greek theater was transformed into an ocean of lit lights, a classic of the times that run. There was also time for some solo songs with piano like “Cable earth” and “A dress and a love” , which ended with  Fito  acting as an orchestra conductor, making different sections of the public sing different parts of the song.

But there was still an emotional surprise left for the end. “I'm going to propose something delusional, I know that we are many. During the show there were moments of incredible silence, so I will sing a capela and without microphone for all of you,” shot the rosarino, approaching the edge of the stage to sing “I come to offer my heart” . A perfect closure for the rock night, which again demonstrated the close relationship of the musician with his audience.