The coasters don't take off the music because they're armed. And Misiones knows that, so it gave rise to a celebration of pure art. 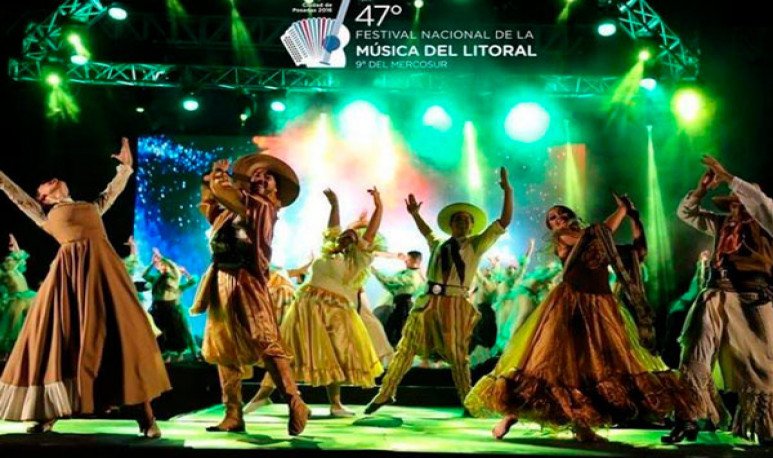 Every year, the  Manuel Antonio Ramírez Amphitheatre  in  Posadas city stirs   its  capacity of 7,500 spectators  . And not for any reason, since it is the  largest multifunction space in the province . It is that there is the   National Music Festival of the Litoral  . A holiday that  arose  at the  initiative of several personalities of  missionary culture  . The aim was to sponsor the  dissemination of folk music throughout the  country, but with the support of the Posadeña Municipality, the event grew exponentially. To the point that today it brings together renowned artists from Argentina and MERCOSUR.

For the love of art

The festival began to be born from the longings of two musicians, poets and missionary writers: Lucas Braulio Areco and Aníbal Cambas . In principle, the idea was to encourage the authorities to organize a folkloric meeting. In  1963 , the local government launched the project that succeeded in obtaining national support. However, over time there were problems that prevented its continued continuity. Finally, in  1987 , the situation could be normalized and its annual implementation continued to date. Which made it possible for many renowned figures to take their first steps at the festival.

Today, the proposal for activities is wide and varied . One of them is the  “Academic Anteroom” , a conversation where musicians, historians and authorities gather to discuss and provide their perspectives. The approach  always revolves around  coastal  music and its traditions . In addition, there are the  “Prefestivals” , managed in order to identify new talents from the missionary region. But also from  Corrientes  and neighbouring countries, such as Brazil and Paraguay. The winners are chosen by a jury and get the opportunity to be hired to perform on the evenings of the event. In addition, they are rewarded with the recording of a studio disc.

One of the latest accessions implemented by the organizers is the  “Discover and Enjoy your artist” contest. A novelty that gives the public the opportunity to meet their favorite musician. The call is made online, specifically through the official Facebook page of the party. While another innovation was the creation of the “Peña del Festival”, which takes place on the esplanade of the amphitheater. Admission is free and free for attendees to enjoy. There, groups and artists from the coast participate in a competition whose prize is a ticket to play in next year's edition.

The main  stage  located within the amphitheater was and will continue to be the protagonist of unforgettable moments thanks to the contribution of renowned musicians . Among the great exponents were  Ramón Ayala, Chango Spasiuk, Luis Landriscina, Chaqueño Palavecino and Jorge Rojas . In parallel,  Pedro Aznar, Rubén Rada, Los Nunez and Los Alonsitos did it.While, at the local and provincial level, Moni Encina, Juanjo and his Saxo, Pamela Ayala, Los Argus and Luis Fasa were presented. And the list continues with  Los Menchos del Chamamé, Los Hermanos Britez, Los Vecinos and Los Hijos del Barrio , among others.

The celebration generates such a furor in the surroundings, that the capacity of the missionary capital is filled during the dates. In this way, you can see the streets full of people copying the gastronomic venues and public spaces. In fact, the waterfront is the favorite place chosen to rest after the recitals.  Nothing like taking off your shoes, leaving your feet in the air and taking a beer in company so that your ears can rearrange .