Home Argentine Music The most beloved of rock santafesino

Santafesino rock is very varied and of great quality. However, there are no arguments that La Crude is his most beloved band. 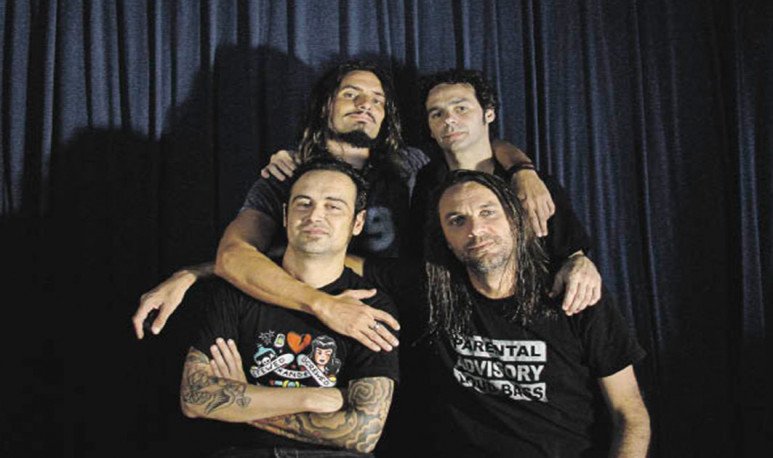 Visceral sound, powerful and  unforgettable . Melodies and lyrics for memory. Well characteristic of the alternative explosion of the 90s, La Crude is  one of those bands that are always coming back , that people always want to hear again. We tell you a brief review of the main banner of  Santafesino rock .

With grunge, a whole new way  of conceiving rock broke out in the nineties  . So there were countless  bands that marked the genre  all over the world. In this context, La Crude was formed in Santa Fe capital in 1995, composed by Rodrigo González on vocals, Leo Moscovich on guitar, Tristan Ulla on guitar, Martín Zaragozi on bass and Javier Farelli on drums.

In 1996, after performing  numerous shows in Santa Fe, Rosario and area , they recorded with a mobile studio, in a fifth house, a production of 12 songs that was never edited, but served as a dissemination material.

In 1997  they began playing in Capital Federal  in theaters and pubs and, later, in the framework of the “Festivities of the end of the century”, an event that brought together several of the new bands that were emerging in the national rock scene. In 1999, La Crude recorded, in a show at the capital's Imposible pub, the 11-track album En   vivo en las fiestas de fin de siglo  , which was independently released under the label Ediciones Imposibles, and sold approximately 1500 copies in the whole country.

In  2002 , after performing on the  Sonido Argentino  program of Music Country channel, the band performed  only sporadically and closed the Santa Fe Rock cycle at the former Estación de Ferrocarriles, in front of more than a thousand people. He then performed shows in Rosario and Esperanza, and in the middle of the year gave  La Renga  at the Estadio Covered of Club Unión. At the end of that year, Tristan Ulla disassociated himself, in good terms, to devote himself to personal musical projects.

With  two replacements in five years , these Santafesino rock banners managed to release in 2006 their second album,  Mente en cuero . With this plaque they reached  the MTV rankings , they toured the country and began to be known to many people outside their city and their  homeland .

However, after moving away from their drummer,  the band needed to stop  for a while. It was time to take other paths to create so that everyone could grow their solo projects.

A long time passed until, in 2017, the reunion took place, after ten years. It was a meeting of the original five members.  They summoned more than ten thousand people  at Belgrano Station. Unpublished for Santafesino rock. On the occasion, you could see people of all ages united by the crude ritual, all  grateful for being able to revive  songs  . Many, too, experienced it for the first time, with tremendous enthusiasm

La Crude forged  a mystique in local rock . It is a band with a  power  and a visceral force that is maintained over the years. They are a group that Santafesino rock exhibits as a  banner , with great pride.