There are many quarteterers, King there is only one. And he deserves all the tributes in the world. We tell you all about this Cordovan band that fuses styles creating a unique feel. 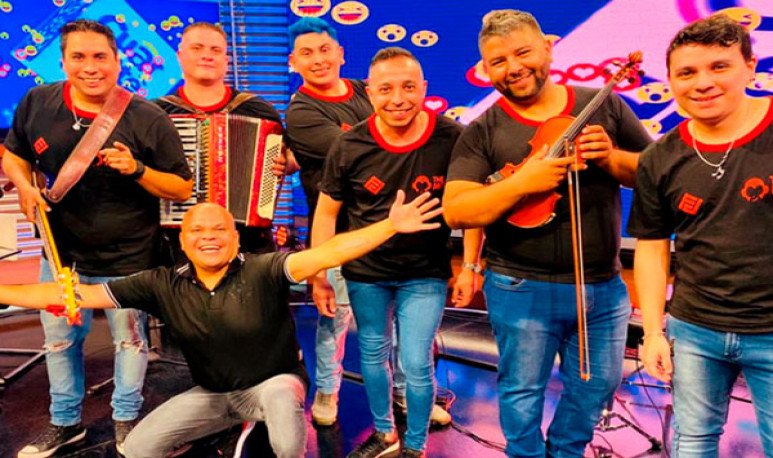 This Cordovan band  was born from the same passion and love: the admiration of a unique artist . It is an h omaje to Carlitos La Mona Jimenez, the eternal king of the quartet, iconic representative of the cordobesity to the stick,  with good and bad.

The Monkey is born from the desire  to spread art through music , with the idea of  enhancing the arrival  of the mandamás and making the love of its followers visible. They started very recently,  with the desire to fight the context of the pandemic, with passion intact and hope lit.  On Friday, November 13  they debuted with a virtual show for their social networks, it was with a totally free streaming, but that served as a  platform to raise funds for musicians and  staffs quarteteros  who were unable to work during the pandemic.

We help each other

In this obligatory parate  of more than eight months without doing a dance, with the nostalgia to return  and the need to intervene somehow, decided to unite to fulfill a dream:  pay tribute to  him   to the maximum exponent  of Cordovan popular music, La Mona Jimenez.

“ The proceeds will be destined to our colleagues and to cover the costs of the show, screens, sound and airing. We are putting it all together in the lungs,”  their members tell the media, adding: “There are kids who were left without any income with the pandemic, and that's why this idea came up, to help us with each other.”

But The Monkey doesn't just arise from the paranormal context we're living...

Its protagonists have  many years of experience in the quartet.  They are first musicians accustomed to the stages, with a career in  this popular folklore Cordobesazo. The Monkey,  which has among its ranks  artists who formed and are part of the bands  Megatrack, Damián Córdoba, Cachumba, Diego Olmos, Facu Gutié rrez, among others.

The story of José...

In addition, the vast trajectory of each of its members,  one of the most notorious impulses that leads the band to shine ever more and more  and achieve its solidarity objectives is the story of José.  The band was  widely accepted within  the quartet environment, a bit because their musicians are  super known and loved,  and another bit because  the singer of The Monkey has a admirable life story.

The main voice of the project is that of José Sarmiento, who with a charisma and devastating personality, sings from the heart.  His way of standing on stage has unexpected, surprising and admirable motives. José had  a very humble past and had to earn his living from a young boy as a street vendor.   This year he returned to the quartet  carrying with those years that formed him kicking the street and climbing to the collectives, where he grew up as a person but also as an artist.

All members of The Monkey

This is a self-managing project that arises from the need to vindicate the musical field in a context in which art and culture are relegated to a situation of unknown .  That is why dissemination and collaboration is important    .  Because as long as the pandemic continues, we have to keep taking care of each other. Those who wish to collaborate with The Monkey can do so through Mercado Pago, the alias is  thetribute.mandamas.