Two entrerriano musicians composed “Rest en Paz”, a musical piece dedicated to those who lost their lives in the sinking of the submarine ARA San Juan. 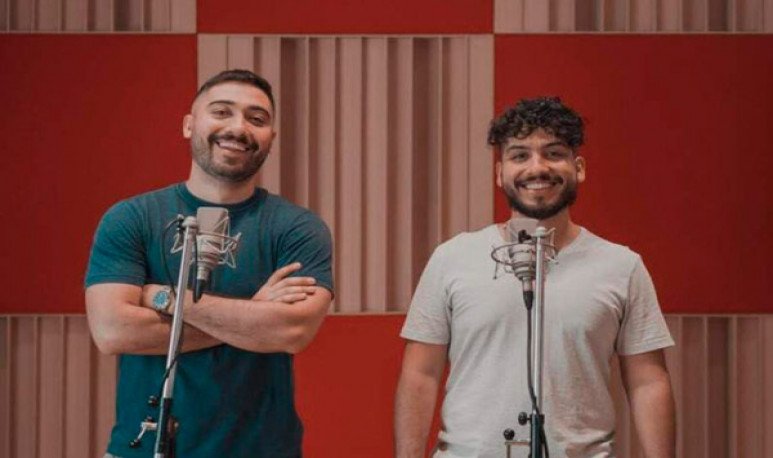 In mid-November, it was  three years of a tragic accident  that struck the Argentine Republic.  The loss of the 44 people who were on board ARA San Juan and the lack of justice damage the grief . However, the population does not fail to keep them in mind and that is why  various tributes  were made in their memoirs. But there was one especially that was given in a creative and exciting way. It was in the  city of Villa Libertador San Martín  and had as protagonists  two artists brothers  . They are called  Rodrigo and Luis Ríos , who composed   “Rest en Paz” , a work that arose after knowing the news at the time.

In addition, the  inspiration  came after having had the  opportunity to meet relatives of Jujeño crew member Aníbal Tolaba  . On the  song , Rodrigo told  Diario Nuevo Libertador  what led them to realize the idea. In this regard, the boy argued that  they tried to convey  words  that could somehow close the wound . It is  a message of comfort , a hug made melody that is capable of radiating a glimpse of hope. He also said that while the marras is no longer on the dock, and that hurts, it didn't go anywhere. Then, and with a sense of faith, he said that it was resignified and coexists within Jesus.  So the subject is wrapped up in an intention of spirituality and  love  towards the neighbor .

The creation of the two artists  transcended the Entrerriano territory  and reached  the hands of Silvia, Haníbal's sister  . Which is exciting because the boy was  one of the youngest to lose his life  inside ARA San Juan. Excited by the gesture, the woman claimed to be grateful for the musical piece aimed at the loved ones of the victims. He also revealed that thank God it is that she keeps hope and longs for him to heal the discomfort of absences. And if the work was a shipment from you, it's probably to give a pamper to the crew's families.

So many tears already made the sea deeper, the tide took my heart.
The surf carries and brings all my pain, with the wind flies my song
God knows the furrows and the shadows of the sea, and the place where they are. Rest in peace.
The tide rises and the sunset leaves, your memory is a ray of sunshine.
The breeze from heaven hums the song, the one we sang together
And you released your tie to the cross of Jesus, he will never forget you. Rest in peace
He will return the smile of the wet faces that today look at the sea. There are distant glances that cry looking towards the sea.
They released his moorings to the cross of Jesus and he will never leave them. Rest in peace.

ARA San Juan lost contact at 7.19 on November 15, 2017 . It happened eight hours after his chief of operations reported on a fire start in battery tank number 3. This had allegedly been caused by the ingress of water through the ventilation system while they were sailing in the middle of a strong storm. The mission was to patrol the sea to try to identify illegal fishing boats.  Finally, on November 17, 2018, his sad and desolate find was announced .