Lola Kiepja lived the annihilation of her village, but was able to leave a record of her culture. 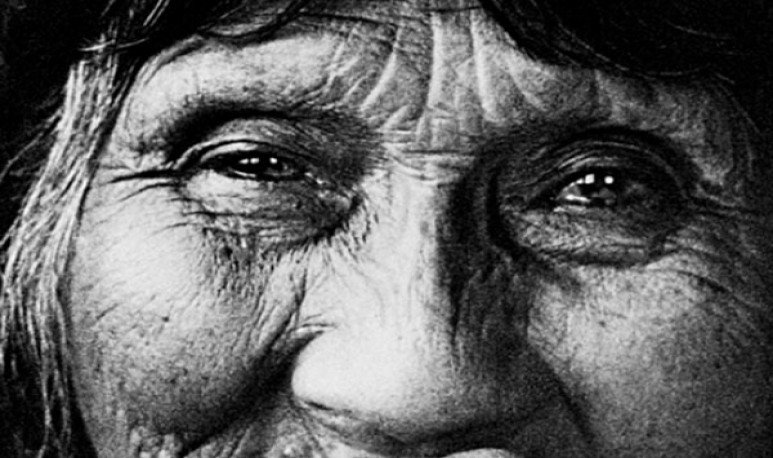 They had a friendly and captivating look, had suffered the death of his 12 children, but before he had to see how his people were massacred.  With Lola Kiepja, 54 years ago the last voice of the selk'nam was leaving in  Tierra del Fuego .

It's okay to make two clarifications first. The first is that she was the last one who lived in her own flesh the selk'nam genocide. There were others who knew a lot about what happened, but she had been there. This was declared by ethnologist  Anne Chapman , who in 1964 was able to share and record songs and stories by Lola Kiepja.

The second: it is called " the last ona ” and it is very common to call selk'nam “onas”. “Ona” was the word by which the yagans referred to the Selk'nam, according to Pastor Thomas Bridges.

Although there are no exact records, on the island  it is believed that the Selk'nam became, before 1880, between 3500 and 4000 . Calculations vary because they lived scattered in small groups throughout the Fueguino territory. Also inhabited the island the haush and closer to the  Beagle Canal  the yagans believed to have, before 1860, reached about 3000.

The arrival of the great estanciers and also the gold seekers were in charge of exterminating the original tribes by little.  A few were able to save their lives since the religious who arrived on the island convinced the landowners not to do so because they would send them to the missions they established in different parts of the territory. Some prevented death in that way, although the spread of diseases imported by white man also diminished the indigenous population, as they were conditions they did not know and, by the same, had no remedy for them. Coming to the twentieth century, the Selk'nam was 279; ten years later, they were already less than a hundred. Lola was one of them.

Despite the annihilation of her people, Anne Chapman says, she did not hold her grudges.  He lived in a canopy on Lake Fagnano, near  Tolhuin ,  and his care — although it was based mostly on the delivery of food — was in charge of Mr. Luis Garibaldi., owner of a stay dedicated to the breeding of  sheep . He didn't speak Spanish very well, but, patiently, I could understand it.

In 1900, at approximately 25 years of age — given that the date of her birth is not corroborated — Lola began to have more contact with the white man, when with her first husband — with whom she had seven children— they went to  Thomas Bridges 's Harberton estancia, who was in the Harberton estancia, who had a...he was a missionary and he was — along with his son — one of the little colonizers who gave a hand to the native tribes, who worked in the estancia and, in the winter, lived in the countryside hunting guanacos and could celebrate the hain ceremony (a ceremony of male initiation in which men they embodied different spirits, disguising themselves and painting the whole body, which was also a ritual about the power relations between man and woman).

It was in those years that her maternal uncles, shamans of the tribe, prepared her to become one of them.  In 1926, she dreamed that the spirit of one of those relatives, who had died shortly before on the other side of Lake Fagnano, visited her and conveyed her power through a song. In her dream the spirit flew over the lake looking for it and singing, “Where are you, my child?”. She repeated this phrase and woke up. At that very moment, according to Anne Chapman's story, her uncle's spirit penetrated her “like the end of a knife.” It was then that, according to tradition, she acquired supernatural power.Although she was admired by her powers, the members of her tribe were not afraid of her because she would not use them for evil.

The work of researcher Anne Chapman, in addition to taking testimony from Lola, was also based on the collection and recording of various selk'nam songs.The periodic meetings with the last shaman Selk'nam had as their balance the recording of 47 songs a capella in Kiepja's voice, to preserve, despite his departure, the history, culture, rites and the word of the people who lived on the edge of the world.