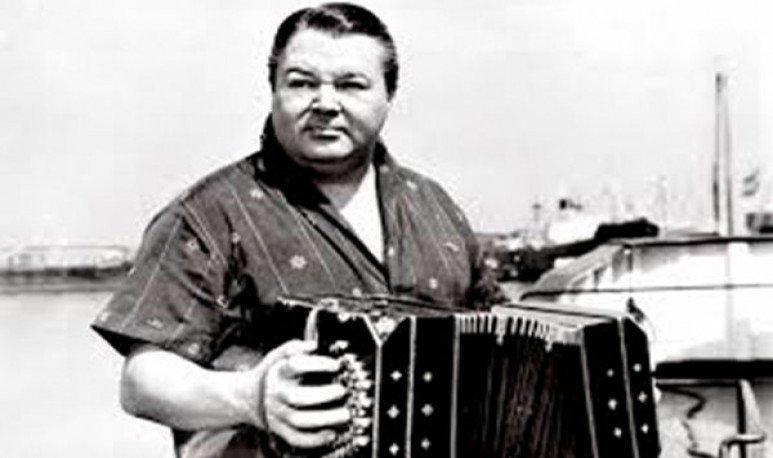 In the city of Buenos Aires, more precisely near the corner of Charcas streets (today Marcelo T. De Alvear, at that height) and Talcahuano, there was a famous tango redoubt, with the name “Caño 14”. One of its owners was the extraordinary number 10 of San Lorenzo in the 1940s, Reynaldo Martino. Another was my esteemed friend Antonio Maira, tango singer of several orchestras, including Francisco Canaro.

The  Aníbal Troilo orchestra was the main attraction in this place. At the same time, a young valor, bandoneonist and singer began his career, who stood out for having a white instrument: Rubén Juarez, who would later have an important and long career.

Juarez asked the management of Caño 14 to give him a room that was destined to store junk, in order to have a place where he could rehearse; which was granted to him.

One day, in full rehearsal, he hears the door knocking on him. When he opened, he finds, surprisingly, with the figure of master Pichuco, with whom he had recent and very little connection. After formal greetings and a short talk, Troilo, with his bonhomy and his desenfado, gives him some advice on the handling of the bandoneon; especially on the use of the left hand, which many performers did not use correctly.

From that moment on, “El Bandoneón mayor de Buenos Aires”, as the  tanguero  poet Julián Centella christened it, was instituted as artistic godfather of Rubén Juarez.

A little bit of “El Negro”

Known as “El Negro”, Juárez was characterized as, perhaps, the only tango performer who used to sing accompanied by his  bandoneon   -remembered for its striking white color-, something that led him to be an important figure in the history of Rioplatense music.

He grew up in Avellaneda, South of Greater Buenos Aires. Since childhood he was linked to music, took classes and joined a youth orchestra. Already a teenager he added the guitar studio, which somehow balanced that tango-rock musical axis that led to his artistic life later. Fame came from the hand of the host  Nicolás “Pipo” Mancera who summoned him to sing in his famous and widely watched television series Sábados Circulares de Mancera.

Some of his best-known compositions

For “What tango is there to sing? ” did Juárez did partnership with the  popular  Cacho Castaña in the lyrics:

Tell me bandoneon, what tango to sing

You don't see that I'm dying of grief,

I know that in your files there was

a tango that Gardel never sang.

A verse left you for my sorrow,

I know that with your breath to loneliness

My anguish and my pain you can calm down.

What tango to sing, tell me bandoneon

I know that you too cry about love,

What tango you have to sing, dear bandoneón

Let's look for this tango between the two,

How nice to make love.

Don't cry, bandoneon, you have to forgive

. If everyone dischavé what is your pain,

the kiss that Malena didn't give you

the night he dumped you.

What tango you have to sing, dear bandoneón

Let's look for this tango between the two,

How nice to make love...