Origin and analysis of “Los Inundados”, a classic of Argentine folklore composed by Ariel Ramírez and Guiche Aizemberg. A song about water drama. 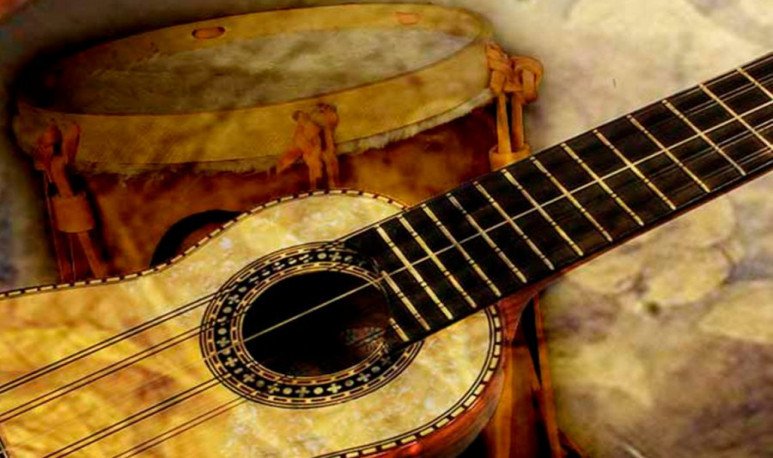 Bramando is coming the water from Paraná

growing night and day without stopping...

So begins this song by Izaac “Guiche” Aizemberg and Ariel Ramírez, to describe the phenomenon that frequently occurs in   the coasts of Santa Fe   , ravaging very especially the   district Alto Verde   , which, mounted on an island, appears not to belong to the capital city of the province of Santa Fe. The neighborhood is accessed by crossing   two bridges, one over the Setúbal lagoon and the other the Riacho Santa Fe   .

with wind and downpour the Paraná

As the song describes it well, Paraná is the one that defines the height of Riacho Santa Fe and, therefore, when it grows in extraordinary form, it ravases what is opposed to its passage and the   island landscape almost lost in a huge body of water   . From the ranchada they barely reach to see some ridge from a ranch and floating the quinchada straw that worked as a roof. So much water brings winds and downpour.

My ranch to the ridge is already waterlogged

neither ceibo nor oromo have flower

So, the exodus to shelters in high places begins.

I was sad the afternoon when I left

sang his sweet complaint the Yerutí

The canoe carries what it can endure, of that which, barely and with a lot of trouble, was loaded into it. First of all, the most important thing in   the life of the islero   - the elements of fishing, their main source of resources, their work.

By the river sailing the canoe is loaded

nets traps and rigging saved them from the ranchada

By the river, I'll go back to Santa Fe!

A very hard way of life

The islero thinks about coming back soon and   return to work in the canoe, fishing to live   ; it is his trade and his identity.

The water came to the poor bellow

neither ranch nor blanket i have to have

fighting the current I have to live

A difficult task is that of rescuers who have to accommodate the flooded in shelters away from the coast, the only ones equipped to accommodate a large number of evacuees. The river man is reluctant to leave everything, he just thinks about mastering that body of water and winning him the pulseada. There he wants to be,   on your payment, willing to start over   as soon as the water leaves.

The sky is already cleaning flies the chajá

calandrias and crests sing ya

that is the day that I will be back

to raise my ranch in Santa Fe.

Aizemberg put, in   the lyrics of this song   , the representative elements of that island neighbourhood seen from the east coast of the city and are often unknown to the ordinary citizen, such as   the “ridge cap”, which is a beam in the highest part of the ranch   , where the ceiling is supported, the “aromo” which is also called “pinillo”, “tusa” or “churqui”, and is a hardwood tree, with large yellow flowers, of strong aroma; the “chajá” is a bird of considerable size, characterized by its cry of alert. He lives as a partner and, dead his partner, also dies and   the “yerutí” is a specimen of large montaraz pigeon.

One of those folk hymns

Ariel Ramírez, whose career exempts from abounding in details of his biography, turned on the chords of this song, with   chamame air   , firmness and sweetness necessary according to the moments mentioned in the letter.

Many have been and are the performers who have “Los Inundados” in their repertoire. We can, to mention just a few, name Mercedes Sosa, Los Fronterizos, Los Trovadores del Norte, Los Quilla Huasi, Los Montieleros and Las Voces Blancas

For   inhabitants of Santa Fe   this song, along with “Paisano Santafesino”, also by Ariel Ramírez, but with lyrics by Miguel Brascó, represent a local “anthem” of   real popular adherence.