Being the first rocker in the city of Santa Fe is no small thing. I learned the story of the pioneer in a city with a lot of rock. 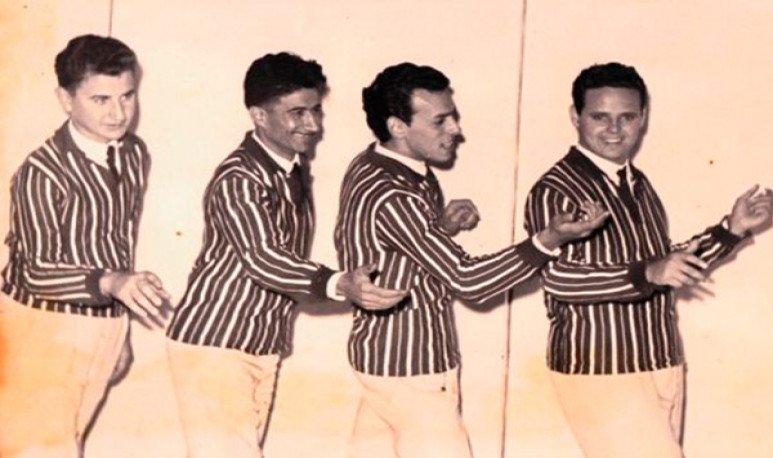 As I mentioned in some other note, the rocker movement in the city of Santa Fe is uniquely rich . The phenomenon is striking because, a priori, it is a more “expected” feature of our sister Rosario. This is: a large city, with a great port and commercial history. Also close to Buenos Aires, they are all attributes that serve to explain the great artistic and cultural development of a city. But none of that, which does describe the city of Olmedo, is typical of Santa Fe's capital. As was also explained in several other texts, the latter is a small town, rather with village customs and without much sense of entrepreneurship. However,  since the very birth of rock in the world, Santa Fe always had very good references in every subgenre of the rocker move . In this note, we highlight an essential but little-known story in Santa Fe: who was the first Santa Fe rocker.

The character in question was born in the city of Santa Fe in 1942 under the name Emilio Villalta . He was “Milito” for his family and better known in the music environment under the stage name “Emil Villar”. He also died in the provincial capital on 12 July 2015.

There were years where  rock hit hard all over the world  through Bill Halley and His Comets. Mainly, for his popular films that were released in cinemas of the time throughout the country. And, logically,  for King Elvis . Just as it happened in Capital Federal with Eddie Pequenino, this “ revolution of sound and movement” came to the city of Santa Fe.

A sound more than inspiring

Thanks to the radio broadcast of the renowned Teen Tops (Mexican band from the end of the '50s) that hit even stronger in the young Emilio this style. It is that Mexicans made Spanish versions of classics of the rock moment. Around 1960, and at the age of 18,  appeared in his life the first semi professional ensemble: Los Panamanios , with which he began making versions of other artists mixing primitive rock with some tropical music. The latter differed very much from what is heard today.

This first experience of almost two years, led Emilio to form his own ensemble.  This was born what is today known as the first rock band in Santa Fe : Los 4 del Rock that, at the end of 1961, had Luis Ambort on drums, Raúl Sotelo on guitar (companion of the previous ensemble), Julio Ceballos on the other guitar and later electric bass and, Obviously, Emil Villar in voice.

As there was no other group of the genre, they played with artists of other styles in festivals and dances that were mostly held in clubs and confectioneries. As an original poster of the time reads, in a cycle that took place at Club Olimpia (pegadito to Cine General Paz): “Every Saturday and Sunday, from 22:00 hours, shows and dances with: Los 4 del Rock (the sensation of the moment”). In the interior of the province of Santa Fe and surrounding provinces  Villar largely forged his career, because the pay was much higher than in his own city.

In the second part of this note we will tell you more about how innovative it was, in Santa Fe, when a rocker was seen on stage for the first time.