Home Argentine Music Fernando Bladys: The Duke of the Quartet

We tell you the biography of a big quartet who marked the life of thousands of Cordoba and Argentines with his extensive musical career... 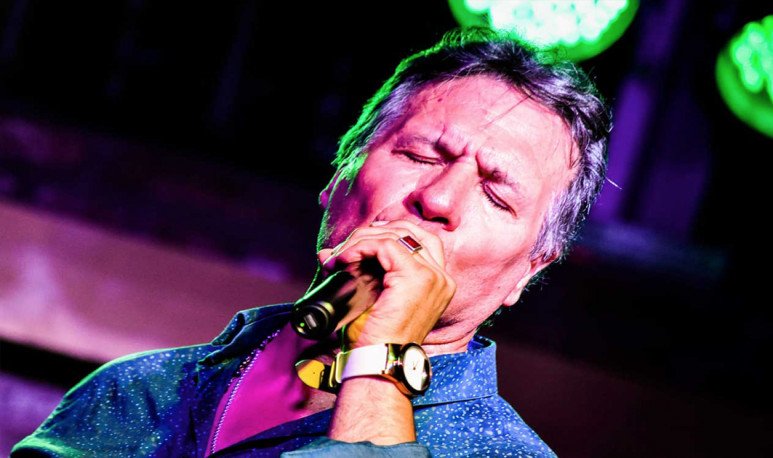 He was born Juan Domingo Gatica, until he adopted his stage name.   He was part of  the legendary band Chébere, where it shone in the 80s and 90s,  its golden years. He later opened and built a  solid solo career.    He is known  for being one of the best romantic voices in the quartet...  Do you know who we're talking about?

Fernando Bladys was born in Córdoba capital on February 22, under the sign of Pisces, at 20:45. With only three years he began to travel, unknowingly, a long way into the world of arts : painting, music, singing  became his chores favorite ones . With passion and dedication he was forged as  one of the key artists of the Cordovan cultural scene  , and today it can be said that he was totally faithful to his ideals, since always with  conviction and perseverance,  he managed to consolidate himself as a singer with an  admirable career.

How do you tean

In the artistic field he has been consecrated for  22 years,  and became one of the singers, author and composer, most outstanding in the history of the quartet,  leaving marked  in this genre   a very deep footprint.

Bladys appeared in the quarteter environment with one of the most outstanding personalities:  Mr. Eduardo “Pato” Lugones, announcer and leader of the country's most important band, “Chébere”.  Sponsored by this excellent human and musician, Fernando began to see that it would be possible to live on music. From the zero moment he stepped on stage, he managed to win the  definitive acceptance, admiration and affection of  all his audience .  Endowed with a tremendous flow of voice, as well as  great sweetness and charisma, Fernando Bladys consolidated himself as a character with a great sense of respect and modesty, as well as generating a great mystery around his personal life, as he was always  very reserved.

The names of the quartet

“ The Duke”, “The Leader”, “The Idol”, “The Tiger”,  are just  some of the nicknames  with which people who followed him since different provinces called it. In 1984 he began as a singer of Chébere, and  from that moment  Fernando  conquered his audience.   It currently has  more than 25 albums,  including 6 in his first incursion with Chébere (1984/87) and 6 in the second (1998/2002). In addition, in his solo career, he managed to record 17 more albums,  always maintaining his success line and retaining his followers from the beginning.

In 2002, Bladys decided to say goodbye to Chébere and returns to his solo career, which he maintains to the present day.  This icon of the quartet works with a team of professionals from different areas  who advise him in  the preparation of his shows , the assembly of the repertoire, and everything related to presentations each year.

Currently Fernando Bladys and his band continue to travel  the roads of the country ,  leaving their trademark in the heart of their audience. Some of her most outstanding songs are: Bella, Un buen loser, Puppet, 25 roses, Speed and Por si vuñves. As well as performances of Tera up, September, If You Hadn't Gone, Where will be my Spring, Bells at Night and  so many other successes of his career that continue to be heard to this day.

His style is unique: Bladys plays with a personality between quartet and rock that made him a distinct exponent of our popular music. The elapsed time, constant work, improvement and fidelity  of Fernando's many fans    have made him an icon of Córdoba.  And that is why his magic and fame will endure  forever in the heart of all Cordobese and Cordobese.