“Sonido Patagonico”, a playlist that will take you from rap to tango, Patagonian version. 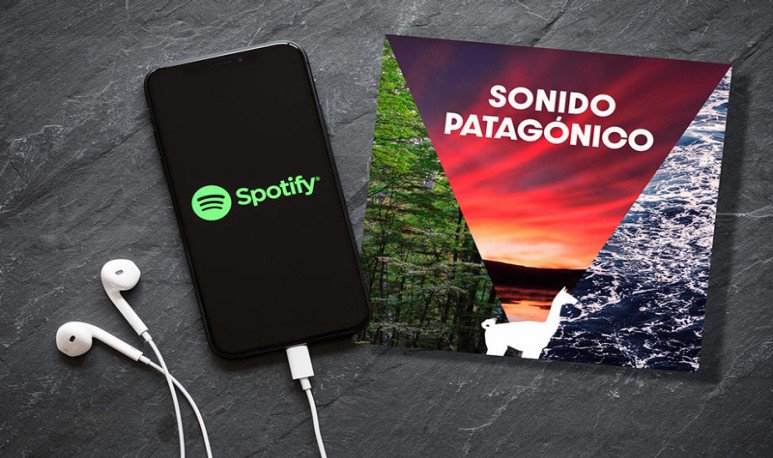 Patagonian artists are increasingly widespread.   It may be that because of social networks, by the viralization of certain topics or the commitment -too- of training and presentation in various cities, is that we see more and more southerners breaking it with their music, whatever their style: from   cumbia   , to   rock   , to   punk   , to   tango   ,   rap   or all that together, in an increasingly present musical hybridization.

This does not mean that before our artists were not known, but the road was (more) uphill. Popular festivals in different parts of the provinces, platforms such as BandCamp, and more recently Youtube and Spotify, help to commercialize and disseminate the various record works by solo musicians, duo, quartet and even the most numerous bands: we must not forget about all the people who work “from the shadows” from production, management, sound technicians and lights. It's all a big work bubble.

Alliances between groups and musicians are seen when they share shows or perform the famous “feat” (or collaborations), where they participate in a specific song.   False Cuban   is one of those bands that leverage digital networks and platforms to deepen professional relations. One of the members of the band of   Trelew   ,   Chubut   , but based in   Buenos Aires   , promoted a varied and interesting playlis in Spotifyt: “Patagonian sound”.

“As well as the   Patagonia   encompasses endless landscapes, it also contains a musical variety that navigates different genres, under the same sky. Here is a playlist with artists who emerged from southern Argentina and are currently carrying their own sound around the world,” says the description of Denis Davies' Spotify list, but has the support and officialization from the Spotify profile of the band.

From cumbia and rap, as is the case with the   trelewense Sara Hebe   (and that could not be cased only in those styles), songs by the singer-songwriter   Lysander Aristimuño   , from   Viedma   ,   Rio Negro   . The list has almost 100 different songs and lasts almost 6 hours, specifically 5 hours and 45 minutes: continue with   Abelardos   , a rock band from   Commodore Rivadavia,   and the solo project   Flauta   , singer of   Puerto Madryn   that mixes punk with pop and a glitter show.

Songs sound:   Valentina Cooke, the rap and soul woman born in El Bolsón,   with more than 3 albums and backdrop by great internationally renowned artists such as Calle 13, Las Manos de Filippi. “Cual Fue” is the song part of this playlist, which gives name to his latest record work and which he performs as a collaboration with Malandro Malajunta.

Rap is also heard from the voice of   Javier Ortega (or better known as El Indio Javi   , also from the Chubutense oil city. Seated over 15 years ago in Buenos Aires and where it is presented in two different formats: the classic soundsystem with Dj Pharuk with a classic rap show, in rapper jargon and characterized by his skills and punchlines performed by the DJ. On the other hand, with its   Roto y Dessewn Duo   , which is characterized most of all by its jazzy air and instrumental reversal of his albums, achieving a unique fusion.

Hijas de la Luna is also part of this Patagonian sound list. Band composed of 8 songs, all from   Gallegos River   , has been on stage since 2015. Two years later they held “Aboraje Lunar”, a recital that would open the doors to the organization of the first women's rock festival of the   Patagonia   : FEMME FATALE; in 2019 they are recording their first album, WICCA, in Buenos Aires and thanks to it, they are part of the record label Goza Records, founded by the music Barbi Recanati and Radio Futurock.

The   patagonian   have a great presence on the regional, national and international music scene. I discovered Patagonian talent.