The cumbia of Los Cheremeques makes everyone dance. 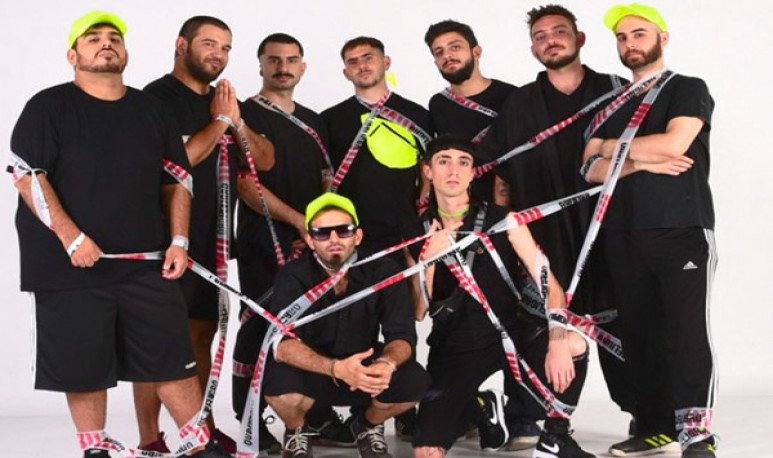 Comodoro Rivadavia , the city that fights the podium of capitals, because you never know if it is from  oil  or  wind  , it also gives great artists who took off not only provincial or national level, but they do it until you reach a Hollywood film; the long way of professionalism of self-gestive is clear in them:  Los Cheremeques ,   cumbia   Patagonian  .

Not only are they a huge group of cumbia (they are 10 musicians and another person in the technical part), they were born from the articulation of the discovery and playfulness of cumbia, salsa, pop, orchestral and other Latin American rhythms.  A style similar to the band La Delio Valdez , but with sounds of the southern winds that “delineate them and makes them really authentic”, they say.

The Chere family consists of Cristian Puschel on voice and guitar, Lucas “Tuka” Falcón in timbales, “Topo” Ruíz in conga, Andrés Tolosa in guiro and choirs, Franco Cameletti and Santiago Kalim in trombone, “El Vasco” Uribarri in sax, Lucas Cunningham on keyboards, “ Gallego” Villar on bass and Francisco Martínez in trumpet and choirs; in addition to Leonardo Campastro who performs the technical part of sound.

Ten years after their birth and with two albums published on all digital platforms, the band sees how their growth as individuals goes on par with the collective and how they do the work of culture: the  first record work, Noise in the family , remember that it  was one recorded in a house in Villa Progreso (Buenos Aires) and with mattresses to acustize.   No one was expected to come to the film Focus starring  Will Smith  because it was not the end  : “You don't look for that, it doesn't point to that and (us) it seems also bold on the part of the producer meter a band under”, repeat the members although they also add that “it is hopeful that your music can be humble and fly high”.

Spirit Guerreroalready demonstrates the maturity of an increasingly professionalizing group from its cooperative and self-managing side , a sector that is often discredited.It is no longer just a group of friends but they are companions of musical responsibilities, but also operational and production: organize shows, collaborations and alliances with other bands, parties, set goals, energize the group and the music itself, that round trip with the city of the wind, with that of the diagonals, La Plata and la furia, Buenos Aires. Its route covers Rosario and Cordoba, among other destinations where the voice and instruments of these comodorenses are raised.

If you ever heard or follow the project of Los Cheremeques, you will see that their music is not at all static: the progressive dynamism in their lyrics and also their video clip, advances along with an empowerment of their knowledge of other influences of the arts: the mixture that is given “without wanting”, the root of the project, the content and the landscapes that are attempted to demonstrate is also the reason why it is shouted and stirred at each party of the band: cumbia patagonica, cumbia patagonica.

La Plata shelters Los Cheremeques almost all year round: it is the city that sees and listens to them, are the followers, fans who are in each show and the new ones who are perspirated from so much dancing with the musicians, in constant proximity.  The Chere family is also other  Patagonian groups and artists, such as  Falsa Cubana or  PAZ  , which often make collaborations in video clip or share a date, thus nurturing a musical explosion of elements, rhythms and mixtures unpredictable but at the same time familiar that offers every minute of the cumbias of these Patagonians around the world.