Home Argentine Music Los Chalchaleros: a song to our land

During its more than 50 years of history, Los Chalchaleros gave us an innumerable number of songs. 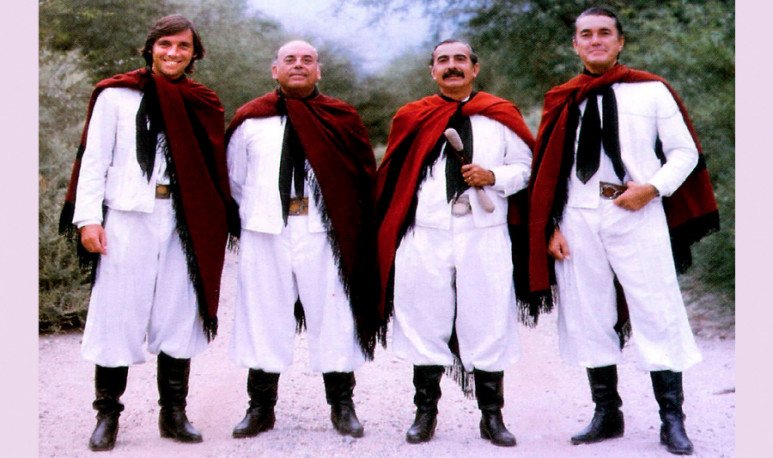 A passion of its own that becomes the passion of a country: something like that can only happen with  music . Los   Chaleros   had a long and fruitful career, with international projection, but they were born of something very simple and pure: love for  music  folkloric .

It all started in the spring of 1947, when two musician duets performed in   Salta  . Once the show was over, everything was clear: they decided to join the duets in a major bet, and so the seed of  Los Chaleros was planted.  Over the years, that original formation changed, but what never changed was the essence and passion with which they sang each song over  50 years  of history.

The consecration came in 1966, when the group was formed by  Juan Carlos Saravia, Ernesto Cabeza, Polo Román and Pancho Figueroa.  Songs such as  “La nochera”  ,  “Paisaje de  Catamarca ”  ,  “I sell a few ejos negros”, “Los sixties grenaderos” and “Luna tucumana  ” were the most popular themes of this time. In 1968 they won the   Cosquín  Festival  and that was the first step for the international race they would undertake.

In 1980, with the sad departure of Ernesto Cabeza, they became a trio for three years, until they took the legacy that Ernesto himself had left on Juan Carlos's son,  Facundo Saravia,  with whom they would renew and redouble the bets.

50 titles make up the discography of Los Chalchaleros, who remain in force so that we continue to sit and listen to them, red in hand, with the strength and intensity of their singing to our beautiful  Argentine land.