Home Argentine Music The boss of the trap

The boss of the trap

Trap singer Cazzu is a rage among teenagers. With his music he conquers countries and wins hundreds of fans. We tell you his story. 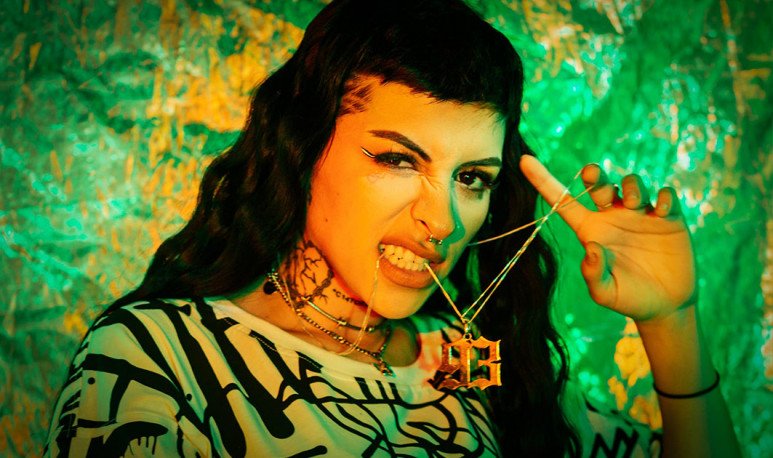 Born in  Ledesma, Jujuy,  on December 16, 1993, singer Julieta Cazzuchelli, also known as  “Cazzu”,  received and lived  music  as a family heritage. Since childhood she started singing with her father, an amateur musician. As a girl she knew that singing was her thing; perhaps what that girl didn't know was that she would become one of the referents of the  trap  at the South American level.

Cazzu  's growth was somewhat surprising, not because of her  talent , but because of the short time she became a real star. The story continues when she left  high school  and paid herself for her first recordings and  video clips . Cazzu had a clear goal and went after it.

Finally, her first album came: entitled  Maldades  and with ten songs, the Jujeña artist launched herself and took the first important step of her career.

All artists have their time, they just have to know how to take advantage of it. Her was in April 2018 when she released her hit “Loca”, which she made with  Khea and Duki  (trapers who already had a lot of fame at the time). The fast and ascending reproductions in a short time put it on everyone's lips. “Who was the trapera of the interior of Argentina?”, they wondered.

For  Cazzu  that was just the beginning. The year after his first hit, he released his second album,  Error 93, and the video for “Seen at 00:00.” That year was, without a doubt, the best in the artist's career: collaborations, video clips, shows everywhere made her even more famous.

So far in 2020 he was in the video and song  “Lento”  by producer Tainy, together with  Mozart La Para and Sean Paul  . He also added new songs and, already in the middle of quarantine, released   Bonus Trap  , which consists of a few songs showing Juliet's maturation.