We tell you the story of one of the most famous bandoneonists in Argentina, who marked our life with his rhythms and never stopped playing. 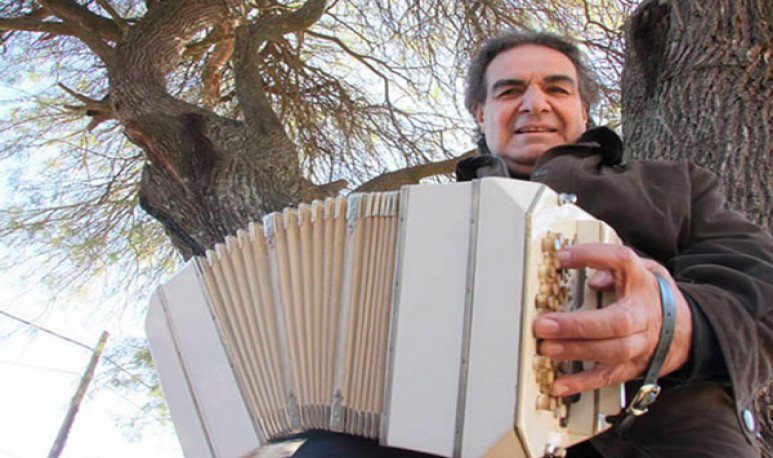 On a day like today the star of all tangos was born,  who with his bandoneon  would decorate all the melodies.    The legend of Argentine music was born,  the  Argentine singer-songwriter Rubén Juárez.  It was in Ballesteros, Córdoba, on November 5 that this renowned musician would reach the world.

Although he grew up in Avellaneda, in the south of Greater Buenos Aires,  he would always take his Cordovan roots wherever he went.  He was an exceptional singer and a remarkable bandoneonist, who  mimicked himself with his instrument to the point of being one with him.  Between a classic and avant-garde style, he pursued  new combinations to   create new repertoires.

Since he was a child he studied bandoneon.  In 1956, at  only 9 years old  , he entered the  Youth Orchestra of the Club Atlético Independiente.  He had already met his first love: music. That's why he followed his heartbeat and  during his teens he studied  guitar. Thus, what would be the  great legend was poking out.  First, in  rock groups under , or banditas that came together as a hobby. Then  his relationship with music was formalized .

He met guitarist Héctor Arbello,  who had played with Julio Sosa, “El Varón del Tango”.  Juarez and Arbello decided  to form a duo  with which they began to  tour different provinces of Argentina.  The inescapable talent of  these two personalities filled with joy the places where they presented themselves.

Consecration in the Caño

At 22, Juárez reached the Caño 14,  consecrating since his debut as one of the most outstanding artists in the place. This place was dedicated to the  tango music of the city of Buenos Aires, it was created in 1962 , initially as a restaurant of regional meals. But over time he became  the icon of tango  and  through its stages there were no  more than stars of the genre. At the time Juarez got there,  playing on that stage meant a degree.

In Caño 14 it was where bandoneonist Aníbal Pichuco Troilo heard him live for the first time . And where  the most tender sponsorship  in musical history was generated .

“ One day Troilo asked me to be my artistic godfather. He said,  “Maybe you're the son I couldn't have.”  We had a good time together, although Zita wouldn't let him share the dressing room with me.  He was already in bad  health. And if the master asked me for a whiskey, how can I deny it?”, the  knight of the white bandoneon humbly counted.

Sponsored and taking off

At that time,  Rubén Juarez was already on everyone's lips.  On June 2, 1969 he recorded his first track on the Odeón label, “ Para vos, canilla”, which was  an immediate success.  A year later he was summoned by the animator Nicolás “Pipo” Mancera to sing in his famous and much-watched TV series  Sábados Circulares de Mancera  , which prompted him much more.

Juarez was unparalleled in the dexterity of singing and playing bandoneon at the same time , his two skills were given at the same level of quality.  It was a musical-cognitive prodigy. For the mere thought of coordinating the opening and closing movements of the fueye, simultaneously singing and phrasing, is  a task of unfathomable complexity.

He, however,  did it quite naturally.  As if it were  a gift from the gods themselves  , who sat next to him, when he put on the bandoneon. Not to mention  his enthusiasm  and charisma that this practice aroused in the artist, and in his audience.

Juárez played with the compositions and  with his bandoneon surfed notes of all musical genres,  adapting at the same time as  guiding his stage mates.  In 1989 he made his only role as an actor (as well as a singer), co-starring with Raul Julia and Valeria Lynch in Marcos Zurinaga's film  Tango Bar . His excellent, clear, bass voice  distinguished him as the only one . But there is something that became his icon of inescapable reference :  the white bandoneon.

In 2002 he moved with his family to live in Carlos Paz, returned to the roots.  It was installed 35 km from the city of Cordoba. Since 2003 Rubén Juárez  used to sing in the summer seasons of Cordoba ,  accompanied by his  firstborn  daughter   , also the  tango girl Lucila Juarez.  In 2005 he received the  Konex Platinum Award in the discipline Male Tango Singer of the decade in Argentina.  Shortly after he was appointed an  illustrious citizen  of the Autonomous City of Buenos Aires.

In just 2 years a prostate cancer consumed his body and energy. Rubén Juárez  left us on May 31  , 2010, at the age of 62. However,  his voice continues to sound in the head of the tango men and his soul lives in every white bandoneon in the country.