Home Argentine Music The 2021 Gardel Awards arrive: they are always in time to make them worse

Signed by the predictable controversy and profound errors of recent editions, the supposed highest award for the music industry is undergoing shortcomings and adversities of great size and forcefulness. 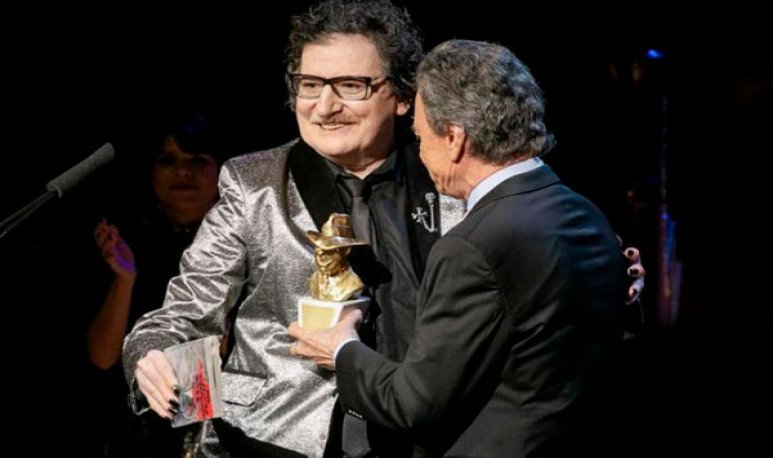 The remembered song “V Centenario” by the legendary group Los Fabulosos Cadillacs has a phrase that closes perfectly at the next ceremony of the Gardel Awards 2021 and it exactly sums up everything happened in the 2020 season: “There is nothing to celebrate.” That lyrics by Marplatense musician  Flavio Cianciarullo  feels wonders to an artistic and industrial time of the art of combining sounds, where the pandemic and the countless number of errors generated by its involved has exposed the worst time of artists in the field that is remembered in many decades. Like all activities of close social contact, music was not alien to the crisis that art suffered since the night of Thursday 19 March 2020, when President Alberto Fernández signed the decree of necessity and urgency establishing the ASPO in Phase 1 throughout the country. , recording studios and other promotional actions were canceled a few minutes from that historic DNU, an artistic mettier who sought to survive with streaming performances, irregular protocols to return to activity and a lot of laziness, of all those who had to have fought to to position industry in a better place in the midst of the biggest crisis in history in the country.

It is really very difficult to predict something positive in the 2021 edition of the Gardel Awards scheduled for this winter. Record labels have their offices closed from Friday 20 March 2020, surprising that they did not open their structures with the arrival of DISPO last October, appealing to small rotating endowments. Giving excessive prominence to the home-office, while most musicians do not perform any promotional action, except for the very boring rotation of some faces in Gerardo Rozín's program that loses every week in the rating with Juana Viale, everyone looks absorbed, within a immovable and controversial structure where many seem quite in love with quarantine for the comfort it provides. After the declaration of a pandemic and with other topics that are more interesting within the current news structure, the few musical novelties that exist obviously increasingly occupy less space in all media, area where open television and streaming seem to have hogged that site who used to occupy soloists and groups. With serious failures in the worn concretion of streaming events in empty theaters and stadiums, events that subliminally exhale a dramatic crisis in the industry, the musicians who managed to perform at events during the last summer with audiences reduced by health capacity, do not hide the lack of protection in this sector following the massive cancellation of activities 13 months ago at the national level. As if all this did not reach, a lot of artists decided not to publish complete albums and are waiting for better news from the sanitary. So, what can industry celebrate at a future awards ceremony? The ceremony that will obviously be in virtual format, already exhibited last year that no one is interested, not even the winners, when the industry is going through a much more than dramatic situation. 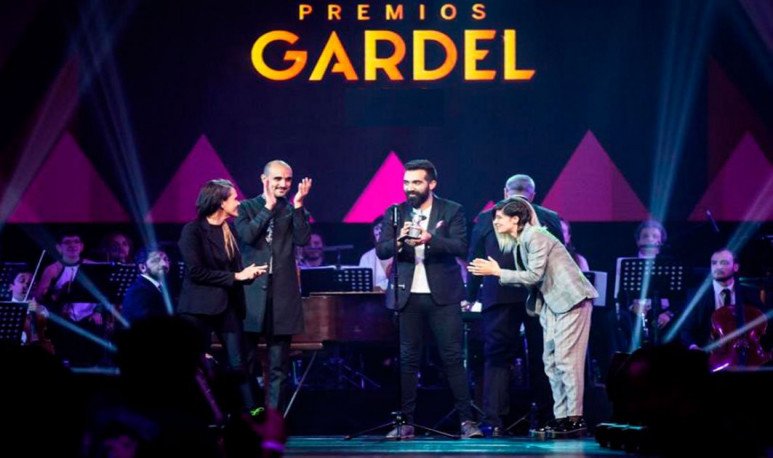 The devalued present of the Gardel Awards is undeniable fruit of a large sequence of decidedly incomprehensible errors and institutional whims. Until 2010, even with the mistakes that any awards can experience, the usual delivery of these statuettes that bear the very unmistakable and charismatic face of the “creole thrush”, passed without too many setbacks, beyond the controversies that could generate the winner of the coveted gold award, assigned in parallel to who gets the award for “best album of the year”. The historic break in the concretion of this major music festival occurred in September 2014, a dire day that entered the most forgettable rung of hot flashes, when the renowned entity CAPIF decided not to suspend or reschedule the edition of the event, casually before a news that unleashed a worldwide emotional rumble that touched millions of people affected by the death of a well-known and prestigious musical figure in our country.  Gustavo Cerati  died on Thursday, September 4, 2014, after having been admitted to the Clinic for almost five years. Contrary to the global shock that caused the death of one of the key musicians in the history of our continent, CAPIF, who had casually organized everything to develop that year's awards ceremony at the Grand Rex, not only did he not cancel or reschedule the event, but continued with it. as if nothing had happened. Things quickly worsened that night, when many of the winners in different categories dedicated the prize to the deceased, when they were public knowledge their null relationship with the talented artist, not forgetting that several of them had disqualified him in the past. The postcard of the night shocked society when in the Buenos Aires Legislature 60 thousand people dismissed the body of the phenomenal Argentine singer-songwriter under constant rain, at the Gran Rex Theatre, about ten blocks from that government building, 3500 people seemed ununderstood of a catastrophe in the history of music not only in Argentina but also Latin America. Everyone involved in that paper must bear for the rest of their lives with the embarrassment of not having prevented an unpresentable holographic celebration in the midst of the devastating mourning existing.

Since that edition, things got worse in a thundering way and the most serious thing was to come when, on the occasion of subsequent deliveries, much of the members of the different participating labels retired earlier when the winner of the gold prize met in radio aisle format, thus being violated the secrecy of the vote that occurred. The brutal range of reviews that this award deserves, unfortunately affects the prestige of a significant number of directors of well-known record companies, who on their labels carry out a commendable task for the dissemination of national artists, but who in this structure Organizational decisions are glued to simply pathetic decisions. Giving demolishing signs of disorganization or an embarrassing complicity with political structures that unsurprisingly ruined the undecent structure that remained standing, the prize was given in 2018 in a place inappropriate for it, in which evening in which  Charly García  was awarded the gold award more for his career, than for this incongruous record called “Random”, a record that with the rocker in his mind, would never have seen the light in that deficient artistic structure edited. After that episode, criticism about this traditional award to Argentine music grew exponentially denounced inappropriate handling and controversial behavior that the great voting committee endorsed without a drop of shame. Disauthorizing the majority of voters who in the last five years were part of the grand jury, the category “song of the year” was voted by the public, an incomprehensible determination that left exposed the existing ravings in the organizational structure. With that position, undoubtedly the rest of the awards could also have been voted on by anyone, leaving aside artistic analysis to turn the prize into a “ShowMatch” style of the purest telephone voting style. The politicization of these awards was a brutal miserr and part of the industry does not endorse this unusual manipulation created by a few. 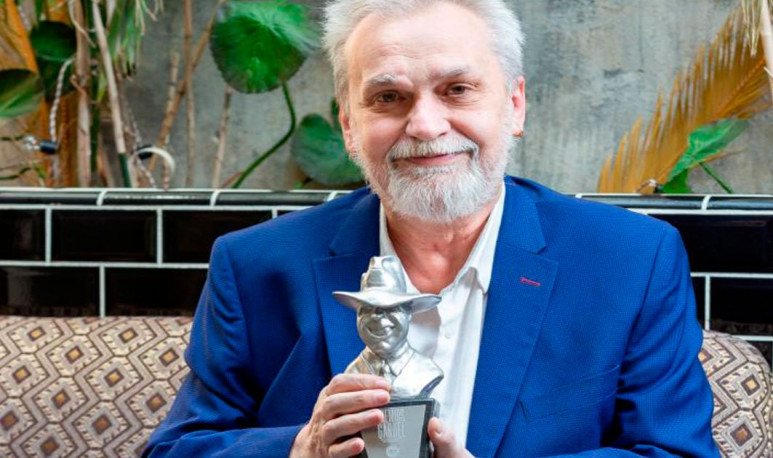 The last episodes of the Gardel Awards were marked by totally opposite circumstances and contexts. The 2019 edition, with the supposed excuse of federalizing the delivery, left the Federal Capital and developed at the Bustelo Amphitheatre in Mendoza, an event as untidy as it is forgettable from start to finish. Using a limited scope for a much larger infrastructure, the award seemed like a collegiate act in which the trader Londra won the discontent of the media, when the very abulic chatter ignored those accredited in the Mendoza carpet network, when all the artists who they won had to answer questions from these accredited members. However, the biggest impact scandal came with the expected delivery of the “Gardel de Oro”, an opportunity in which soloist  Marilina Bertoldi  after winning delivered a violent speech full of anger, resentment and a lot of spiritual grudge. “After 19 years, the prize was given for the first time to a lesbian,” he pointed out to the astonishment of the public and the organizers, who were far from understanding the supposed meaning of a theoretical gender claim, outcome where the winner exposed bad manners and an unjustified fury go to know against whom, carrying the party a violent tone that ruined any attempt to turn the event into an attractive situation in another geographical place Another detail stood out unsuspected: the ceremony was transmitted by a foreign cable channel, thus opening ; the inevitable question. Was there disinterest of Argentine channels or was there only a strictly economic agreement privileged in this regard?

The Gardel Awards for 2020, as happened worldwide, for health issues had to be carried out virtual in order to avoid any health complications for those involved, an event that was broadcast on the organizer's Facebook page. With previously recorded musical numbers and a set design of an under-rated kermese coming to less,

the event seemed a robotic performance without feelings not palpable emotions, the award added a very controversial modification that was repudiated by the musicians, being affected by a simply unjustifiable operational determination. The decision of the organizing committee, a grout of people who does not stop throwing the ball to the rostrum wasting countless opportunities to do this event well, established in an incomprehensible way that since last year the prizes are given only by music category, cancelling as well as the most important. iacute; the various sections in which each category was awarded by female/male category, agglomerating in an operational chicken coop each item without taking into account the merits of so many artists who can receive a prize in their area, now compete in a stupidly globalized structure, where ten candidates who even do not agree stylistically in certain cases, ends up giving the prize in a controversial way to only one when with the previous option the work of various interpreters stands out much more, taking advantage of the value of the award as a diffusional element of the same for later artistic and commercial promotion. The top prize awarded to David Lebón, absolutely fair for the high quality of his work “Lebón & Co. ”, did not provoke controversies or controversies, but the scandal caused by the previous categories left a tendal of wounded within the industry, who believe that this mechanism reduces the recognition of interpreters and the large number of works submitted. The Gardel Awards 2021 are now in the stage of prior selection of tenderados with the aidamemoria of each category, but the uncertainty about the date of delivery and how this ceremony will be realized, still floats in an ocean of doubts that no one is encouraged at this time to clarify before the facts of public knowledge.