“Tape” Rubín returns “changing cordaje” of the tango that came to

The author, guitarist and singer reflects on the changes that are taking place in the musical genre. 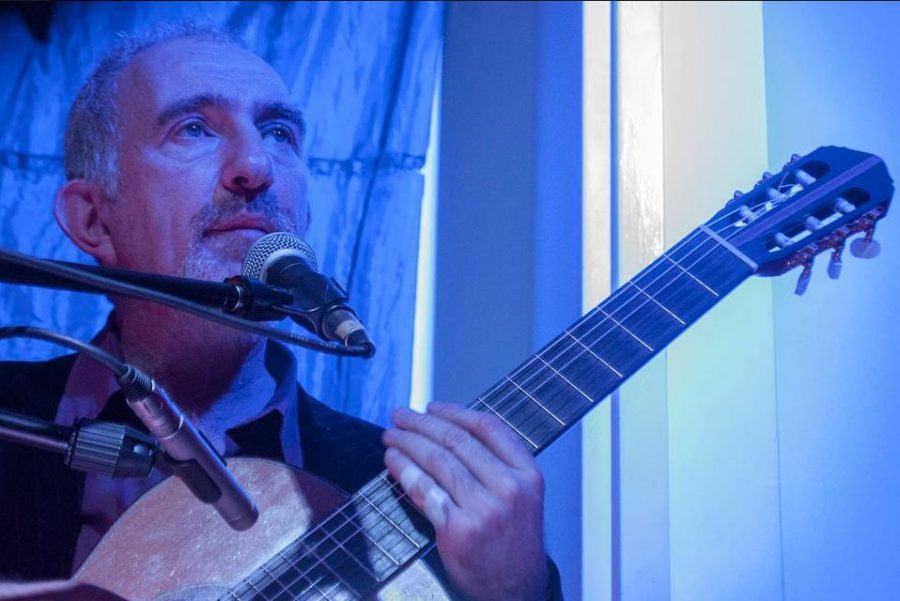 With the publication on digital platforms of “Cambiando cordaje”, the great album with which Alfredo “Tape” Rubín in quartet returned to musical activity after a couple of years of silence and vital change, tango and other chosen sound atmospheres show their powers without it. stop wondering “how far to expand and how far to preserve tradition”, as the musician thinks.
“ The genre is re-contra super traveled and the city changed because many things happened in the world and in popular music and then... what tango is there to do? These are constant questions that we ask ourselves and today the result is this photo that is 'Changing string, '” says Rubín during an interview with Télam.
The CD, released during 2018, brings together the “Tape” with the guitars of Adrián Lacruz, Mariano Heler and Leandro Nikitoff, to, at the same time, continue a path and alter the direction that the artist himself was charting with the repertoire embodied in “Hemispheres” (by the Almagro Quartet) and “Queen Night” and”; Total luxury” (both together with Las Guitarras del Puente Alsina that he shared with Lacruz and Heler).
Having chosen signs of the new record after five years, he reviews that “there is a new version of 'Despedida' that was a round trip with the Fernández Fierro Orchestra; 'Milonguética' which is an experiment with a single tone and words esdrújules; instrumental of the boys; the print 'Hearts of Absence'.”
And it abounds: “I seem a record with many worlds”, something that is condensed in the piece that gives it title where, he notes, “from that moment when the old died, but in which the new was not yet born, I remembered a song by Yupanqui where he names the energy of each string of the guitar and invited Hernán Genovese (earth), Eva Fiori (water), “Chino” Laborde (fire) and Noelia Moncada (air) to assume one element each.”
In his home in the Buenos Aires neighborhood of Saavedra, the author, guitarist and singer, who is one of the most prolific and accurate creators of the Argentine song, reviews the tensions and questions that marked his last years in music and personal.
Rubín assumes that “I started to visualize ruralized because I feel that the future is not in the cities and that changed the perspective of many things and I started to feel uncomfortable just doing tango and just being Argentinian”.
In this vein, the musician abounds that “from the emergence of feminism, blackness or native peoples there are identities that no longer reach me or several people and tango has to take those things so as not to be left in a dead place”.
Télam: Is this a new challenge for tango?
Alfredo Rubin: No. There was never a single tango being D'Arienzo and Pugliese so different and, for example, which one is Piazzolla? The one who revolutionized tango or the one who turned around Europe under the dictatorship? The genius coexists in the same person with the individualist at the same time. But also in tango and in all music it is more comfortable when you have your fifth, but when it opens it makes you more dizzy because things that were forbidden come in.
T: How does that impact creating?
AR: We have to be honest and continue to talk with you and that one who is also one more. We use chords and words that are social that are not one's, the combinations can be, but are aimed at people who have to receive and understand them and it doesn't seem very appropriate to go so far on a unique trip and also do not continue to imitate, imitate, imitate.
T: Is there room for that bet?
AR: There is no business structure or strategy. I proposed to the boys that we go out of a certain logic that had to do with occupying spaces or being uncomfortable. Since we have the great joy that everything has gone down, we have no need to go that way. And in the Benigno Cultural Space of Parque Patricios we held meetings, open rehearsals and reflection on lyrics and music during 2015, we repeated in Zona Tango and we returned to Benigno and I think we will continue there because we feel good, it is acoustic, it is real and people get a lot of fun.of emotion.

They publish “Flora and Fauna”, a compilation of the local electronic folk scene

More than 30,000 spectators went to Columbus for the Uniques Festival

Saturday Franco Luciani plays in a quartet before leaving for europe