Home Argentine Music Tango Federal: from la Bombonera to the rest of the world 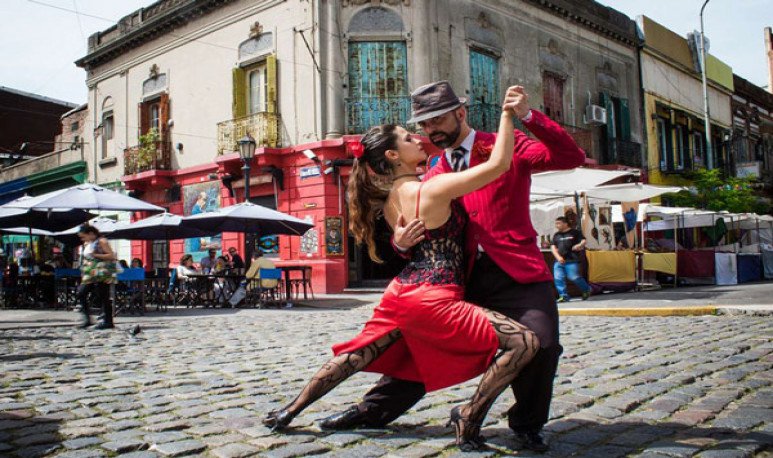 From the very roots of  Caminito , the Riachuelo bridge and the historic pizzerias of the neighborhood adjacent to La Bombonera, the emerging contemporary culture of an area of enormous popularity is not far behind. Nominated last year for the Gardel Awards, the “Quintet Negro La Boca” surprised specialists with his album “Cruces Urbanos”, a project that adds figures from all over the country to their special citizen perspective.

The artistic eclecticism in this ensemble walks hand in hand with a federal look at the selected collaborations. In “Cruces Urbanos 2” this mechanic is repeated, therefore, it is not surprising that the songs have the collaborations of figures such as  Chango Spasiuk , Antonio Ríos, Victor Heredia, Raly Barrionuevo,  Adriana Varela , Miss Bolivia, Kapanga and even Mariano Martinez of the legendary “Attaque 77”. Tango appears here not only in a federal look, but with a universal spirit so as not to exclude potential followers of the urban and canyengue gaze. 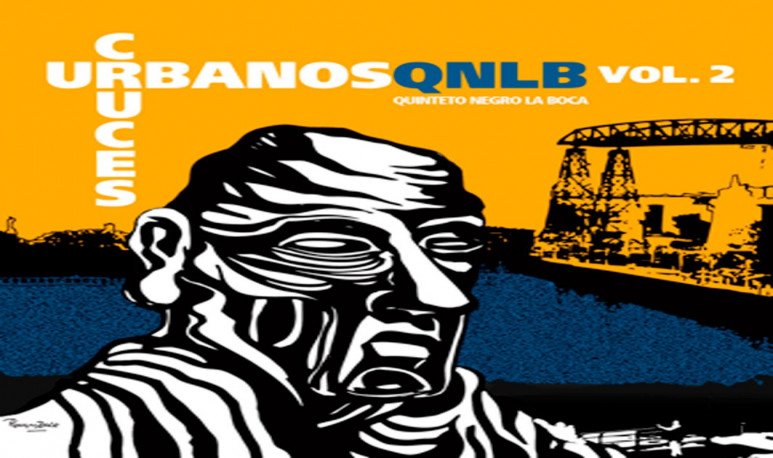 Produced by Gustavo Arsh at “Del Parral” Studios and launched on platforms in this mandatory confinement season until a few days ago, the “QNLB” resumed in recent weeks its contact with its fans through several streaming shows. Making clear his enthusiasm for the reactions reached even in full ASPO, the ascending bandoneonist Pablo Bernarda spoke with Ser Argentino Com to explain the fusion of the 2x4 with other trends, without forgetting some issues of general interest.

Virtual milongas and the possible end of physical formats

What reading did the quarantine leave in 8 months of isolation and artistic reinvention?

Pablo Bernaba:  It was a very strange thing. Luckily we had a record recorded and finished, its appearance was delayed and now it's already on digital platforms. In the midst of such a situation, you're compelled to generate a lot of content on social media. Overnight, I recorded videos with my cell phone, participated in Instagram live, and they even invited me to play a “virtual milonga” by Zoom (laughter). All bathed with an unusual rarity, but it was times to study and learn about applications that now serve us to use in networks.

Did you change the way you connect with followers in the face of this situation?

Pablo Bernaba : All this accelerated a process that appeared with the digital, the inevitable question about physical formats appeared in some: who is listening to a CD today?I warn that there are public niches listening to vinyl. In my house I don't have to listen to CDs, it is clear that digital platforms won a place they already threatened to occupy.

What will the day after the pandemic look like and people recovering their lives?

Pablo Bernaba : I see it with concern. I know there are places that are going to open, but there are small milongas that have already closed, also cultural centers, now there are spaces that are in that limit situation. People resist as they can, it is undoubtedly a lost year for concerts with mass audiences, for now streaming appears as a good option as long as they can't make recitals with the “old” format.

The art of the albums “Cruces Urbanos” 1 and 2 was made by a legend who illustrated the albums of Patricio Rey and Los Redonditos de Ricota. Graphic artist pavada, right?

Pablo Bernaba:  I have a degree in Fine Arts and the art of albums 1 and 2 gave it to Rockambole, a master. We care about the visual, sadly I perceive that it is not the same to see the digitized image as having the physical album, I'm a nostalgic of those things. I care about the concept of the album, but that concept is generally in crisis, today there is no one who listens to a full album. Making a conceptual tango album is not something common, even though you see an album about Discépolo where they are together songs and nothing else.

Before rock watered in jazzy and tango. In the new millennium it happens the other way around.

Pablo Bernaba:  As is rock used to dive into jazz and tango, now there is a reverse phenomenon. Ours were not two separate disks, but actually a double disc, unfolded in two instalments. We started it in 2015, we made an extensive list of interpreters and went to find them one by one. What is clear is that we always let the guest artists put the spoon as much as they want. This second album is the corollary that works as a closing clasp for this format, because in some sense we notice it perhaps a little exhausted.

In which batting or sector should we look for this new published work?

Pablo Bernaba:  We at the “Gardel Awards “were nominated in the category “tango”. What we do is definitely tango, but also according to other people's eyes it could fit into what is called “World Music”. From strictly punctual, we did not make a traditional tango album, it is clear that this points to the fusion.

Pablo Bernaba : The truth... the truth?... NOTHING... Absolutely nothing,  “Bajofondo”  did not influence anything, in me sure not, what they do not like, within the generation of new artists that do our thing either, there is no influence whatsoever. We don't do electric tango. “Bajofondo” basically did not contribute anything to the tango, he could have given him poster abroad and nothing else; in other countries there are groups with more impact than “Bajofondo” or the “GotanProiect”.

So who made his way in new views on the Argentine tango?

Pablo Bernaba : What opened many borders and places to tango was and is  Piazzolla , it is still Piazzolla and his electronic octet from the '70s to “Bajofondo” leaves it in the background. Astor is the main crazy scientist in terms of the mergers he faced, with the different musicians with whom he joined. I wouldn't put it “Bajofondo” in any line of influence, at all, it seems to me that they don't fall into that concept.

Is there a wave currently in tango full of prejudices and stigmas?

Pablo Bernaba:  It seems good to me that certain rock artists turn to tango, we feel that way. But I do want to clarify that we are in a constant dispute against those who say that “tango is a thing for old people” or “that tango was and is a museum thing.” There are many stigmas existing and we fight against those positions or proposals, the calls we made on our albums aim to argue that a “current tango”, but it is undoubtedly difficult to fight these stigmas.

Was tango always debated against prejudice or were there any changes?

Pablo Bernaba:  Tango fifteen or twenty years ago began to change, but stigma continues. Not to mention when he arrives on Tinelli's program, in that situation they put the stigmas and turn it into something totally berreta, implying that tango cannot be contemporary or current. We feel that it is a very uneven struggle, when a tv show characterizes a tanguero, ridicules him. That was because many thought that tango was something Silvio Soldán had kept in his closet and he took it out to do his tv show on Wednesdays on Canal 9 with “Great Valores del Tango”, but all that was already behind. to tango and in the case of dedicating it, they did it from a place of crap, as if they were dinosaurs, that's why that look of some plays you very against.