Home Argentine Music Sururbanos, a band that at the rhythm of rock pursues their dreams

Sururbanos is made up of young people from Río Gallegos and Pehuajó who converged in La Plata. 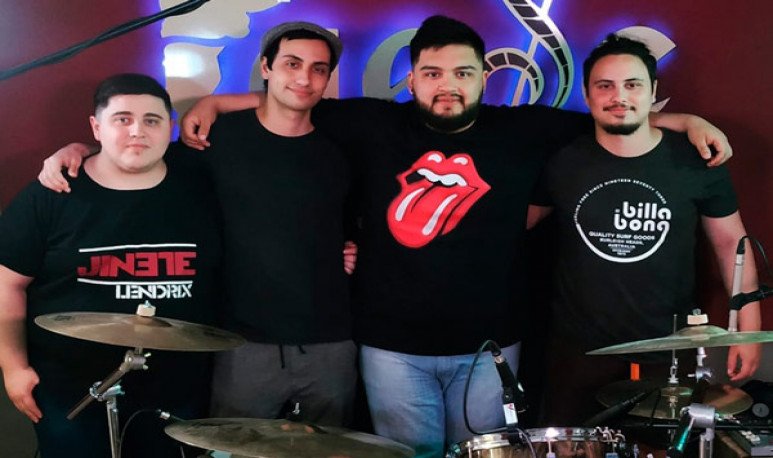 With a majority of members born and raised in  Río Gallegos , province of Santa Cruz, but formed in  La Plata  -where joined a boy from  Pehuajó -, Sururbanos is a band that in a short time began to get into the hearts of listeners, scattered through those three cities mentioned, following the path of other musical projects that are formed far from the payment but that become references of the land that He saw them born, like   False Cubana  or  Los Cheremeques  .

Conformed by Fabian Toledo on vocals, Franco Olguín on guitar and choirs, Julian García (the native of Pehuajó) on drums, Javier Neira on bass and choirs, and Rodrigo Neira on guitar, choirs and composition, Sururbanos was born in 2019 and that same year they released their first album.

“Quimeras”, a work of ten songs in which the story of the band is told, which goes from the strong winds of  Patagonia , through the Pehuaj& clockoacute; until you reach the city of La Plata, birthplace of great national rock bands.

At the rhythm of rock and ballads, Sururbanos screams to the sky that you always have to pursue dreams. That desire to pursue dreams led them, in addition to performing in La Plata, where they made the concert launch of “Quimeras” at the Lucamba Cultural Center, to put a mini tour through the Buenos Aires towns of  Pehuajó, Carlos Casares and Magdala .

As a band, that was the first departure of La Plata that Sururbanos had, so they enjoyed it as it should. “It was something crazy”, recognize its members, who could not believe that a combi traveled to La Plata especially to look for them. That's how it all started: they loaded things, and they made their way to the interior of Buenos Aires.. The first performance of the ensemble was in Carlos Casares, in a bar “well rocker”, they tell, while the next day they performed in Magdala at a folklore festival, and although their genre was not that of the event, people listened to them with great respect and accompanied the songs. Finally the last concert was at a brewery in Pehuajó.

In addition, in the south there was also a presentation of Sururbanos, although it had to be in acoustic version, due to the absence of bass and drums, but it was not a concert in which the boys of the band left everything.

Their sense of belonging led them to be loved both in La Plata and Pehuajó and Rio Gallegos. To such an extent that in the Patagonian city, they are positioned as one of the most voted bands in the ranking of   Patagonian  rock  made by radio LU14, even reaching first place, dágiving them the honor of sharing the list with various groups in the region that they too admire.

Members of a  rock under community  that weave ties to grow each other and recommend their projects, also join solidarity initiatives and promote donation campaigns for canteens, picnic or public good institutions that in the middle of the pandemic had difficulty covering all the needs.

Movement restrictions only made the desire to continue growing and recently recorded three live sessions to be able to remain active and share with the public in a different experience, in these times when music does good to the soul.

With just over a year, Sururbanos fulfils its premise of pursuing dreams until they are fulfilled: release of the album, presentation with guests, tour, acoustic and party. To keep growing, boys, who are on a very good track and win - and talent, of course - are left to continue to break it.