In recent days there have been strong complaints against a singer who is an icon of the Cordobesity and the quartet. It's half human, half primate... Do you know who we're talking about? 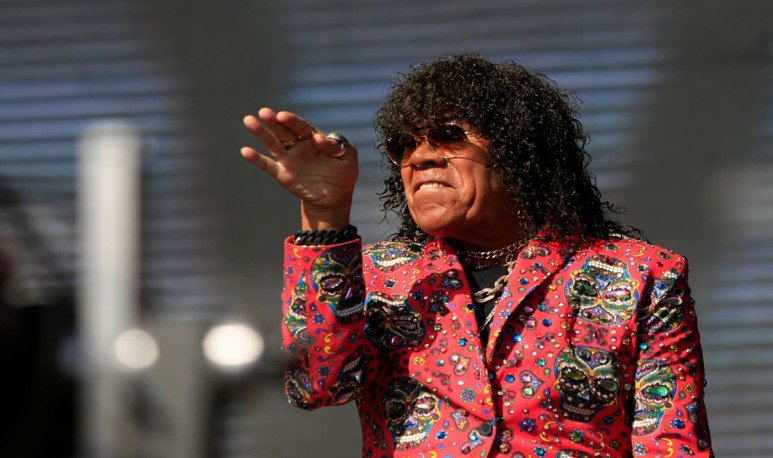 In Córdoba we said goodbye to 2020 with abstinence from dances and quartet,  since for months we haven't enjoyed the music of our  live quarteters due to the context of a global pandemic  . However,  the gossip and personal stories of singers are spread quickly.  In this case, another controversy arises, of so many , against the iconic Cordovan primate : we are talking about La Mona Jimenez, who after firing all his musicians in the first weeks of the quarantine and facing the millionaire claim of a daughter who recognized and recognised the millionaire claim.oacute; in early 2020 , now face another storm.

The quarteter singer was accused by his brother Guillermo of neglecting his mother,  Esilda Rufino Santillán, who resides in a home for older adults.  “ This is my mother, she's in a geriatric home, the poor woman, suffering a lot and I can't take care of it. Having a very famous son who won't see her or anything. I want you to help me share this story so that I get to Carlos Jimenez,”  he wrote on Facebook. The post was accompanied by a  series of portraits of Esilda,  where —paradoxically—she looks smiling and lifting her  thumbs  from both hands.

For their part, the cousin and the aunt of the quarteter, Silvia López and Chela, spoke in the program “Confrontados” for  El Nueve  and revealed, according to their view, the real reason for the complaint:      “She asks for affection  , says that the only son who visits is the one who posts, But to get him to the other, to visit her, he does this.  It's a little beg, honey.”

In addition,  both women explained that the home where Esilda lives had been infected with COVID-19,  and that what Jimenez's brother claims is to change her place.  “ He is not in the best condition because he is in a geriatric home with many people. He doesn't have a phone, he calls with other people's cell phones,”  they added.  At least publicly ,  the “Mona” relationship with her mother was always close , and the woman used to attend the shows that her son gave,  throughout its time of splendor.

As for the artist's relationship with his brother,  Guillermo Jiménez's record record is certainly problematic: three years ago he was arrested  for simple possession of narcotics  after 24 doses of high-quality cocaine were found  in his department. That fact, according to rumors, would have caused a distancing with his brother.  But every family is a world , and conflicts are common currency when fortunes are high.

The news of this fraternal denunciation came to Buenos Aires and  was disseminated by all television and graphic media . The primate was accused of  “abandoning his mother”  and keeping her in  “inhumane conditions.”  However, in addition to blaming the singer, they decided to communicate with Esilda, who claimed to be “very good” and in very good condition.  The woman is 92 years old  and is currently recovering from an injury to her hip, shoulder and femur she suffered this year.  That's why it mobilizes   only with a walker.

How the distance hurts

It is known that due to the pandemic,  geriatric homes do not allow direct contact of relatives  and only allow visits at the distance, through a glass. This has its  serious effects on the lives of the greatest.  However, Esilda said that she has no problem with her son, whom she admires deeply and about  whom she always speaks very well.   On one occasion , the lady said to the media:   “I never suffered because I was her mother.  He is very positive, cheerful and contagiates joy. I always had faith that God was going to help him. He was born with all the luck of the world and one gets used to luck.”

On the conflicts that always arise around the Jimenez family, he preferred to stay on the sidelines: “ People don't understand and talk, but I understand him and I know very well what things are with his success.”

Despite the pandemic ,  Elisa keeps her illusion on her son's birthday:  “ On January 11 I hope she will make a show so I can see him on stage.”