The jujeño artist will present his album “Fénix” next year with a handful of songs, and the first one is now available on YouTube. 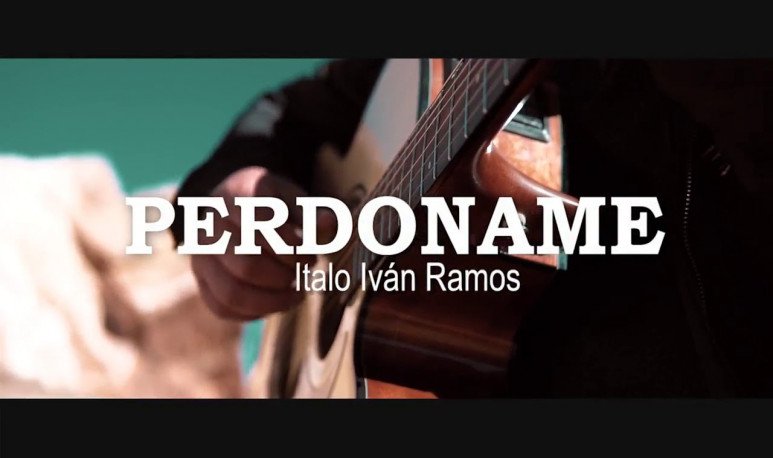 Jujuño  artist Ítalo Iván Ramos  released “Perdóme”, a preview of his album called “Fénix” that will be released in 2021, with a variety of songs. This first theme is inspired by faith in God, music itself, and has been produced under the reflection and appreciation of the small details that life provides.

On December 9th, the abrapampeño celebrated his birthday and launched his new theme on the different digital platforms, a production that was made in his homeland amid the  pune landscape  .ntilde; or, with the collaboration of Dos Ranas, local filmmakers.

Ramos, referred to why he chose that name for his album, jujeño said it has to do with mythology, about the bird that is reborn from the ashes, in a context of faith, faith in God above all things, how he sees life through music, that is why this project he has baptized him as “Phoenix,” he told the Jujuña press.

The record work was going to be released for August this year, but the Jujujuño  artist  could not do it because of the pandemic, taking into account the economic crisis, even sold the ú only car that had to continue with this project, but does not regret because “Forgive me”, the first single from his album can already be heard on all digital platforms which, in turn is the first video of his artistic career, which implies for him a real achievement.

Ramos feels that he is fulfilling a dream and argues that as many artists when they express themselves through his songs there is a share of subjectivity in his lyrics, and “Forgive me” has to do with personal experiences, he confessed to the local press.

Producing in the middle of pandemic

During the quarantine, Jujujuño musician  Ítalo Iván Ramos  was dedicated to recording at home, in his “home studio”. For this new song he recorded the charangos, the  guitars , vocals and for all this he had to buy technological equipment and did it with the money he received.oacute; for the sale of his car, although the vehicle is very necessary, argued that more he needs to continue with this project, to continue doing art.

In all this time that passed, the artist of Abra Pampa was dedicated to finishing the album. Many musicians were contacted in the distance. The song “Forgive me” was mixed and mastered in the distance, and now that you can already travel to other provinces due to easements for the tourism sector, Ramos argued that he will do the same procedure of mixing and mastering the other songs that make up “Phoenix” and will do so in San Salvador de Jujuy, with the collaboration of Martín Ayarde, and in Cordoba with Turco Saab.

Ramos had to adapt to the context and the new mode of broadcasting his music and did not hesitate to make two streaming. The first was last August 30 in the Serenade to the village of Abra Pampa, and the second one did so with the aim of helping the hospital “Nuestra Señora del Rosario” in his city, and does not rule out that in this month or in January he will perform another, along with his band.

This year has been difficult for many artists living on music, restrictions have paralyzed many of them, but through technologies they have somehow been able to adapt, but many agree that it is not the same when you feel the audience meters away, where they are separated by a scenario, but then this little barrier disappears. In this sense, the jujeño  musician  with the optimism that characterizes him, commented that he continues with the same love for the music he does and with the passion he puts on each lyrics in their songs and there is no other than adapt to the new modalities.

Likewise, the abrapampeño wishes to leave a legacy, with his 32 years he longs for this dream and confesses that if time did not allow him to succeed as he dreamed it as a child, to live on what he loves music is, he believes that he will achieve it with effort, dedication and commitment, and this is...Aacute; convinced that the sum of his generation's work will inspire the musicians who will come in the next generations.

Ramos defines himself as a musician who unfolds through faith, and he feels that he will achieve his dream.

Finally, the artist plans to present his album “Fénix” in 2021, in San Salvador de Jujuy, Córdoba, Abra Pampa and Humahuaca, and wants to sing his songs on stage, a dream that many artists are sure to crave.