The singer is touring different cities in that country. 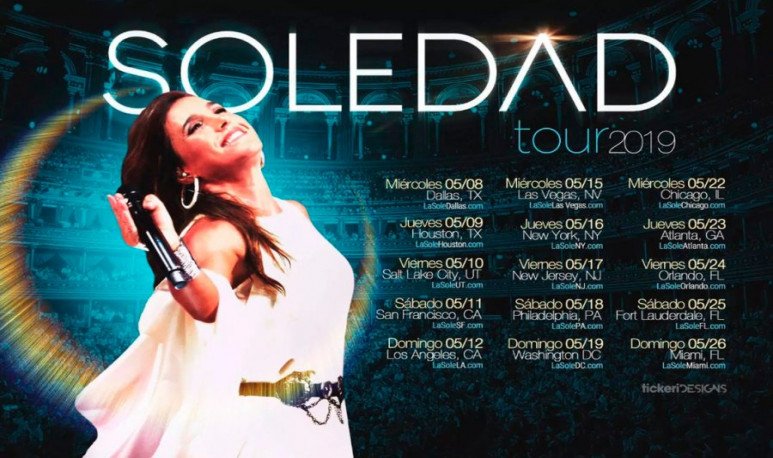 Soledad  Pastorutti, the singer, actress and television host, is on  tour  in different cities in the United States, and on her return will focus on finalize details of its next production to be presented in Buenos Aires.
Soledad has already passed through Dallas, Houston, Salt Lake City, San Francisco, Los Angeles, Las Vegas and New York and his tour continues through New Jersey, Philadelphia, Washington, Chicago, Orlando, Fort Lauderdale and comes to an end on May 26 in Miami, reportedly.
On his return to Argentina he will continue to prepare details of his next record work and pre-producing what will be his return to the Opera Theatre, Corrientes 860, on Saturday 5 and Sunday 6 October.