Soda Stereo's shows honoring Gustavo Cerati suspended in 2020 were again rescheduled, but will not be done on the new dates that were recently announced, for a matter of strict health reasons. 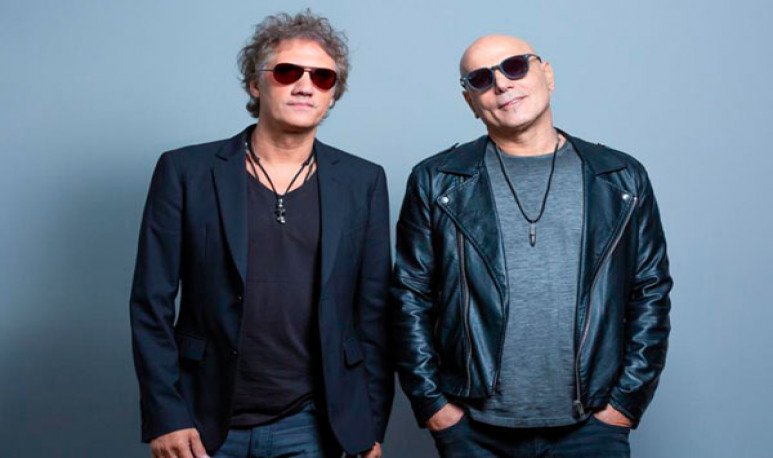 The following may have been one of the many parliaments of Marcos Mundstock, a great figure of Les Luthiers who presented absurd things without immuting. The news should be that the group   Soda Stereo   announced at the end of February the rescheduling of the recitals rescheduled in March 2020, but as these will be rescheduled again by the end of this year due to inevitable health issues, the news is actually finally that there is no news, or yes, that is something totally indefinite when it happens. aacute; this long-awaited tour, a world tour altered by the pandemic in mid-March last year, which could now be called “Total Thanks Rescheduled.” Neither Johann Sebastián Mastropiero lived such an episode in the iconic shows of the great comedians.

Let us return to the concrete facts known so far. After the announcement in late 2019 of the return of the remaining musicians of the well-known Argentine group, to make a tour for several months throughout the continent, came the official statement with the dates of a tournée called “Gracias Totales -   Soda Stereo   ”, an event that, during an intimate breakfast for some specialist journalists in early February 2020, was the way to formalize this return. Charly Alberti and Zeta Bosio's extensive and motivating talk to the media at a beautiful hotel in Palermo Viejo allowed both to present this project in a relaxed conversation just halfway through the meeting, minutes after the musicians clarified quite a few issues spread in the social networks, versions that greatly altered the general mood of the great musical duo before what was published in certain media echoing what appeared on the Internet.

The truth is that clarified some aspects and with the mind set to present a recital in different cities with the level and prestige of the famous formation, the continental tour aimed at honoring the late Argentine musician   Gustavo Cerati   started on Saturday, February 29, 2020 in the city of Bogotá, Colombia. That curious “leap” date appeared in the light of current events, an anticipation of the misfortunes of fate, when a few weeks later the World Health Organization confirmed the pandemic caused by the   COVID-19   , originated in a neglected locality of the Chinese regime. A few days later and when Europe accused the collapse and countless deaths from this disease, South America was on orange alert. What was unthinkable in other times was about to be embodied in the most striking way that is remembered until today, while fans of the historic band continued to buy tickets to watch them play at Palermo's Polo Course. 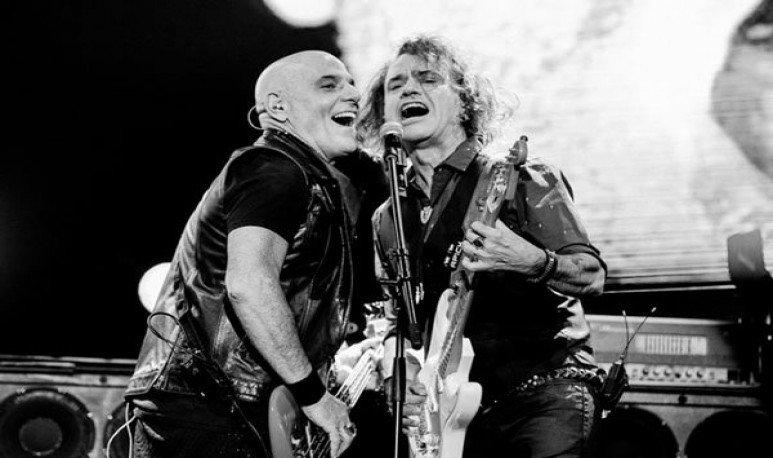 On Thursday, March 12, 2020 at noon when Buenos Aires head of government Horacio Larreta and Buenos Aires governor Axel Kicilof announced the suspension of all public meetings in this class of mass events, an extensive telenovela of entangles began, about when they would happen finally these shows that had to be suspended due to the obvious health situation in order to avoid health problems to the population in those difficult weeks. After Alberto Fernández's long-awaited presidential decree on the night of March 19, detonating the obvious confinement in ASPO mode, as well as problems at the general level, naturally the Soda Stereo group shows that were to be held on 21 and 22 March of that year detonated as a response from those responsible was to be expected. Working in these complicated hours of social tension, the prestigious producer PopArt Music took the logic of what happened to reschedule both dates for this year. In an official statement issued during those days by qualified URBanco firm, the dates suspended by that time were transferred to Saturday 6 and Sunday 7 March of this year.

This optimistic rescheduling, naturally given the facts of public knowledge in these months such as the slow vaccination process, the new wave of infections in Europe and the United States, coupled with other health problems during the summer, made that attempt to rearrange the great music tour by early 2021 he would collide head-on with a country still without the sanitary armor to try to regain normal. Analyzing the circumstances, beyond the existing health problem, it becomes obligatory in relation to the artistic theme to highlight that the few dates that this new tour developed, in localities such as Colombia and Peru, did not receive good comments from the media that covered the event. At that time at the beginning of last year, many fans surprisingly did not hide some disenchantment with what was appreciated in those few live performances. The musicians, for their part, expressed their strong agreement with what happened in those first performances, where obviously Gustavo Cerati's memories interacted in the audience and the band in a different emotional way. 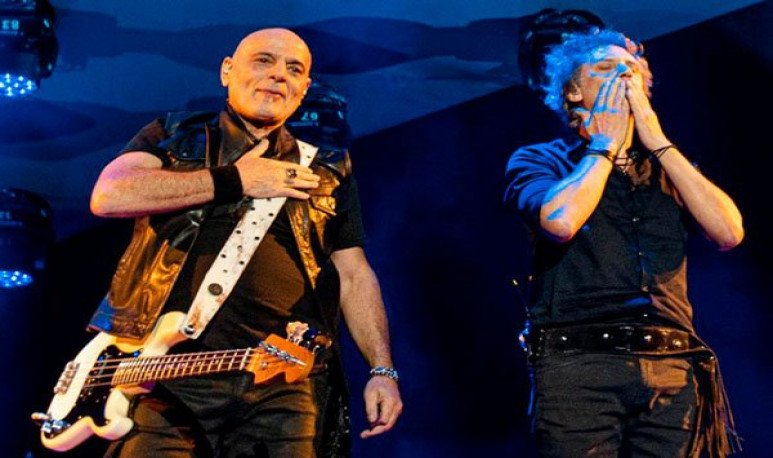 At the end of February and as everyone expected the evolution of events, the foreseeable became a reality when a new communication appeared. The company PorArt Music, together with the musicians and other production units, agreed to a logical rescheduling of the shows that were to take place on Saturday 6 and Sunday 7 March at the Polo Field in Palermo. After some intensive logistics work, the coordination team designed the new calendar and the new statement of the company URBanco signed by the manager Juliana Wainsztein, noted that the concerts will now be theoretically held at the famous Campo de Polo in Palermo held the dr... iacute; as Saturday 18 and Sunday 19 December in the same place. In parallel to the press release received at that time all the media, Charly Alberti and Zeta Bosio recorded a video stating that, given the impossibility of making the dates announced, they rearranged them to the fait accompli of not being able to perform them as they originally desired.

The circumstances surrounding the group's potential return to honor Gustavo Cerati, leader and guitarist of the formation, who died on Thursday, September 4, 2014 at the ALCLA Clinic, are really very significant. When the pandemic affected all

activities at the global level, of course those countries that demonstrated serious and complicated situations in the face of the disease, immediately had to implement certain decisions that marked not only the health context but also the industrial context of their localities, an aspect that had a full impact. as regards planned activities in various locations in Latin America. This determined that several cities that were on the original map of sites where Soda Stereo would play with this tournée, decided to cancel the recitals announced well in advance within the schedule of shows, causing severe gaps in the recital grid. To date it is a mystery if this training with Soda members will only play in Argentina or if

there will also be proceedings in other countries. As long as the pandemic is the vector that governs activities, there is nothing to think that the tour will resume its short road started in early 2020, for multiple health reasons that people understand perfectly today. 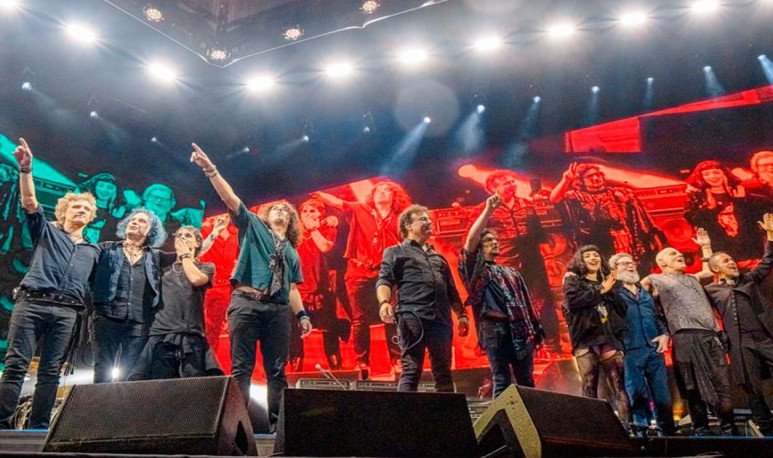 What was the reaction of the public with tickets to watch the Soda Stereo shows after the two reschedulings?... In these first weeks, serenity and resignation, as the most optimistic estimates estimate that only in mid-2022, shows can be carried out with a mass attendance close to 50,000 outdoor spectators. Marc Geiger, one of the founding people of the Lollapalooza Festival, said there will be no recitals with crowded audiences until the beginning of next year and if things continue, that estimate could take several months. The organizers of the Soda Stereo tour are confident that by the beginning of next year they can recover such events with such large audiences, but obviously they do not hide their perceptible discomfort understanding that the slow vaccination process in Argentina, hinders all expectation of having a early 2022 to 80 percent of the population armored against the disease, something that at this point seems like a utopia... The audience who has the tickets for both concerts at Campo de Polo in Palermo, prefers to wait for the final dates to be able to see their admired artists, but obviously the uncertainty about the real moment in which this will happen is exhausting in itself, more taking into account the rough health problems that have occurred in recent weeks.

While Zeta takes up much of his current time in professional aspects he can solve from home, thus accompanying his family, Charly Alberti has taken up the activity with great enthusiasm and vitality with his musical group Mole, a band he shares with his brother, a group that has already published two new singles in the last months to sustain his official return. The drummer does not rule out some presentations with his whole on authorized sites, but there is still a need to define organizational aspects that are currently in the process of being resolved. Parallel to these issues, it is confirmed that in the coming weeks, Bosio and Alberti will meet again in the rehearsal room with the musicians who complete this Soda Stereo formation, to resume rehearsals in order to recover the timming of the group, assuming that in the end of year they can play live again. But judging by the progress of events in recent weeks, most likely, at the end of November, another rescheduling of existing concerts will be announced again, a decision that does not seem to concern producers, musicians and fundamentally the public who does not want to miss the tribute to Gustavo Cerati, shows that to date impose a harsh context of uncertainty, so in tune with the expected end of the distressing pandemic that altered everyday life in a cruel and devastating way.