Sergio Denis was an artist who knew how to live with success and failure. And he could always get up again. Today we have their songs and their memory left. 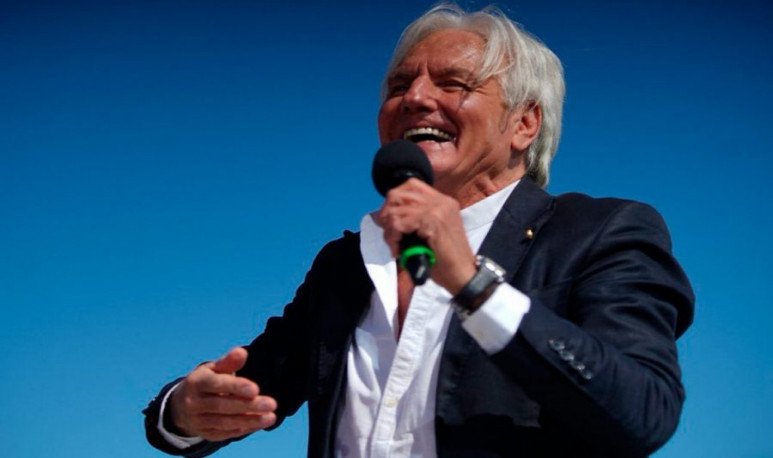 Everyone who knew him agree on the same thing: it  was a tipazo . Sergio Denis was an artist who knew glory,  fame  and success. Then he fell and got up again. All the times that were needed. Humble, shy, honest, talented - his qualities stood out on stage, and also in life.

His real name was Hector Omar Hoffman. He was born on March 16, 1949 in  Coronel Suárez ,  Buenos Aires province. Since he was a kid, he had a great love: music. He learned to play guitar, was part of a folk group and, when he finished high school, decided to go for more, and arrived in Buenos Aires City to try his luck as a singer. He began as a member of the group Los Bambis until, in 1969, he was offered to record  songs  as a soloist. It was then that the star was born, with a new name:  Sergio Denis .

Success was immediate . He recorded more than 300 songs (own and  covers ), edited 28 albums and performed at  Luna Park , at the Teatro  Opera  and emblematic festivals such as Cosquín and Baradero.  Everyone loved him . Facha, charisma, romantic and dance songs: Sergio had everything to succeed.

“ I love you so much”, “Querme”, “Every time the sun rises”, “I am the adventure”, “How are you dear” and “Give me light”  are some of the themes that made him famous; themes that still sound in boliches and weddings with the same effect as always: no one can avoid dancing them.

But not everything was roses in the singer's life. In the 1990s, he went through economic difficulties that took his health toll. For four years  he lost his  voice ,  his most precious tool. However, he was always a fighter and was able to get ahead. In 2000, he recorded the album  La vida vale la pena  and returned to the stage.

In 2007 he was face-to-face with death: he suffered a heart attack while he was touring Paraguay. The doctors who attended him said he was 17 minutes lifeless. But Sergio came out of that, too.

Just over a year ago, however, a bad step was the beginning of the end of his life. On March 11, 2019, while performing at the  Teatro  Mercedes Sosa  , in Tucumán, an accident left him in serious condition. Sergio fought — as usual — but this time he couldn't get out.  He died on May 15 this year .

A death that could have been avoided generates bronca, anguish, impotence. Especially if it is the death of a good-hearted person. However, their songs will remain forever full of joy and good energy. Because Sergio Denis was a being of light that will shine forever in our hearts.