This is a material containing twelve compositions of his own, produced by the former Parteplaneta Luciano Farrelli. 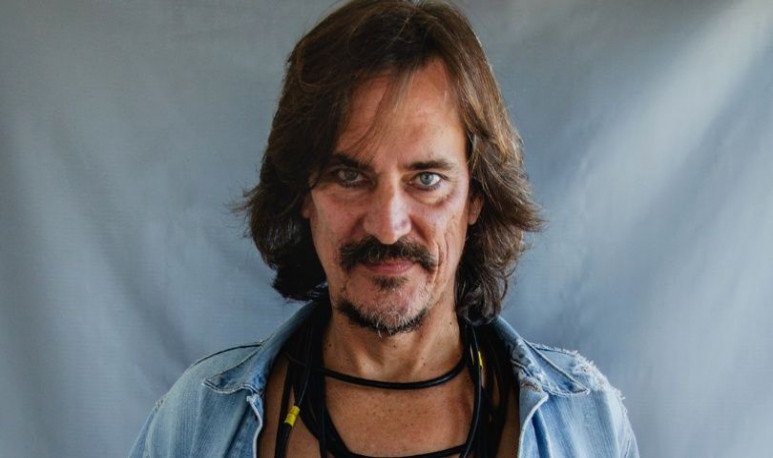 By: Redacción
The musician Tavo Angelini, former singer and leader of the mythical Santa Fe bands Carneviva and Patada de Elefante, presents "Atávico", his solo album that, with a raw sound of guitars and a mobilizing urban poetry, proposes an update to the traditional style displayed in his legendary groups. It is a material that contains twelve of their own compositions, produced by former Parteplaneta Luciano Farrelli, which will be presented next Friday, December 14, at 9 pm, at Casa Rock, in the Palermo neighborhood of Buenos Aires. In charge of the voices and choirs, Angelini began to imagine several years ago these compositions that were born at times when he worked in acoustic format until it appeared "the need to channel in electric rock format," the musician explained to Télam. With an outstanding participation in the Santa Fe rock scene of the 90's, Angelini now launches a new stage as a soloist with this record in which a rock vein is imposed, both from the sound and from the lyrical aspect. - What did you want to transmit with this album? - What I want to show on this album is the importance of the search. Experimenting and proposing a genuine feeling from this artistic expression that is rock, that touches you somewhere in you and whoever listens to you notices the work and energy of the song itself. - What continuity do you find between this work and your previous projects? - Carneviva and Elephant Kick have been very innovative for their time. Luckily, I can continue in that line and I'm proud of it. A new album always projects us and represents us. - Do you think it's possible to talk about a sound of Santa Fe in rock? - There is a santafesino sound, a melody that flies over the air and emerges from the earth trapping countless artists to continue with the legacy. Contact with nature and the possibility of enjoying it makes a difference, for example, being barefoot on the beach, grabbing a guitar and telling what you feel at that moment is a beautiful mime for the soul. Enjoyment time is lost in the big cities and that does nobody any good. Fuente: Telam

Tapia projects the 2019 Argentine national team with Messi and Scaloni

Where is the Monument to the Flag?

Who is Mario Alberto Kempes?

As a football player, I spent the best years of my life.