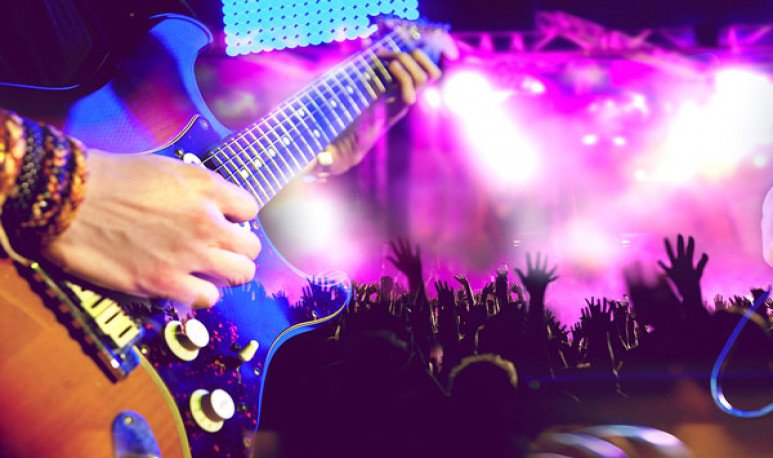 Someone once said that La Pampa, without sea or mountain, is just a place of passage.  Phrases such as “it is pure countryside”, “there is nothing happening there” or directly “there is nothing happening”, have stigmatized the province as a boring place. However,  a lot of musicians and producers shatter these stigmas : we introduce you to  Rya Produce, the best representation of electricity and the constant movement of the Pampas earth.

One could say that RYa was born about 6 years ago, but the reality is that it does not have a fixed date.It emerged little by little,  as its members moved along with the pampas bands grew and proliferated . Pablo Villamil and the Mauricio and Facundo Díaz brothers are a fundamental part of the rising and homeless Pampas culture.

RyA Produce didn't always have that name: “We were called Rock and Art, but we had to change the name for a matter of authorship with an amazing Tucumán radio program,” Pablo explains in a joky tone. The first steps of the production company were taken when  working with the bands that wanted to listen live.  Cairo Smoke, Ancient Psychic Warrior Elephant, Ayermanian, The Differences, among many others, are the bands that led to the province the RYa.  Most of them have even come to share the stage with many Pampean bands in different parts of the country.

The parts of the whole pampean

The members of the production company are dynamic and elusive, to the point that  they give the feeling of being all-terrain with infinite naphtha.  They don't stop. Pablo tells me that “as a service,  he uploaded the songs of the pampas bands to Spotify  using OneRPM”. Meanwhile, his partner and friend Mauri “is in charge of attending and representing Questo Quelotro, a band of kids who rap and rock very fully.” Both have independence in their actions, but they are also aware that together they strengthen themselves: “At the moment we are in the production stage of new album, but also putting together the strategies of networks and press,” says Pablo.

Preventive and compulsory social isolation (ASPO) did not slow the activity of RYa Produce.  Without haste but without pause, Pablo and Mauri (Facu devoted himself more to other projects) continued to do and do. The result is the symbol that, in the face of adversity, nothing better to get out fast than a good dose of creativity .  The first streaming presentation in the history of the province was made in the pandemic winter by these animals of artistic production . Together with Audiovisual Megafón, Les Fankies inaugurated the interdisciplinary cycle “Sucucho Viral”. So, with pure funk and disco, they set a historical precedent. “Everything went so well that  the Ministry of Culture recognized us and continued with the wave of streaming in a great place, such as the Spanish Theatre.  With this idea, Mauri spent it ”  , says Pablo with as much humility as pride.

In addition, the streaming was made in La Charlería, a cultural house that had been working very well before the pandemic. Among other things, some Sundays there were shows at the Hat, which gave the city an anti-Sunday break.

The truth is that with streaming, bands like Los Siberianos, singers like Majo Leiva and DJ like Manu Prado, have the opportunity to continue working, beyond the ASPO

It is clear that not only do many things  happen  in La Pampa, but they are created, strengthened, transformed and, above all, produced many others.