On the day of his birth, we review the life of an Argentine tango icon. Symbol of argentinity and this genre that represents us. 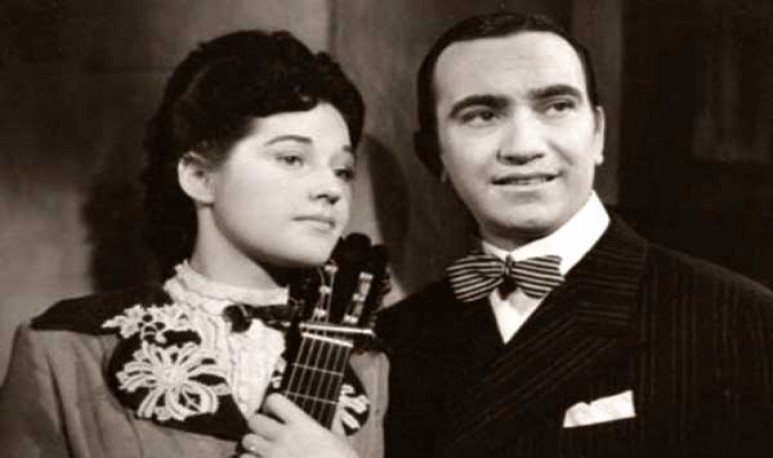 Rolando Chaves is a tango icon,  born in Presidencia Roque Sáenz Peña, Chaco Province. His success lay in his compadre voice with an  awaiting tone.   Always with the central tanguera theme  of  desamores and uproots.   With his stubby man style and his voice characterized by being very nasal, he conquered the local stages. And interfering in all the media of the moment. His image worked with  classic airs such as good tanguero,  which gave him the balanced look between  a porteño in the suburb or an inveterate gangster.

His real name was Dagoberto Cochia, and his mother's surname was Parpinelli, but he never used them for his life and artistic work.  Rolando began his work on radio with his brother Orlando Cogia  (1915-1967) and gradually approached the Argentine music genre.   It was at 18 years old that  he won the singers contest on Radio La Voz del Aire.  The competition was directed by the owner of the radio, Emilio Karstulovic, also  creator of the Syntonia Magazine.  Emilio, his almost mentor, was also a car racer for Road Tourism  and Galan of the time.

While Chaves made his trajectory in radio tuning, his life came to change altogether.   He went on with singing, but as a function in the background. Giving all his talent  to the popular radio theatre.   By  the time , this art was marked by the recent success of Chispazos de tradition, gauchescos themes or the suburbs of the city. And it had a complete  repertoire of great dramons and grandiloquent phrases  that encandilized the listeners of  Radio Porteña (today Continental) for many years.

In 1949,  he began writing  with his brother Orlando, and came to form one of the most prolific authorial duets of the 1950s.   Then  Rolando decided to continue alone.   Some of his titles were: I am a fugitive, El tango soy yo, Barrio de tango, I am Rosendo Vidal, The romance of a savage, Nazareno Luna, the last pampa.   The success of these works was so remarkable  that many of  them adapted to be represented in theatres and cinemas  in the city and  suburban areas.

In 1968, he had his last success, in collaboration with Juan Carlos Chiappe, Santos Cruz,  the last Argentine payer.   For television he collaborated with Abel Santa Cruz on the  books of the soap operas Carmiña and Señorita maestra.    He was also an actor , among others, in Malevo alongside Rodolfo Bebán, acting as a villain.

Tango in all its forms

His protagonism in the film El Morocho del Abasto  (La vida de Carlos Gardel)  was a milestone that boosted his artistic career,   marking it to fire.   The feature was released on 22 March 1950 at Normandie, directed by the almost unknown Julio Rossi, with a book by radio theatre writer Roberto Valenti and poet Nicolás Olivari. In the cast were  Tito Lusiardo, Laura Hidalgo, Diana Maggi, Analía Gadé and others.  In that production, Chaves had the lead role, with which he sang  twelve songs from the Gardelian repertoire.   Among the most outstanding: “Sing eternal”, “Back to bulin”, “The pangaré”, “The silver shooter” and “There is a virgin”.  In some of these performances , he was accompanied by a set of guitars and in others, by  Domingo Federico's orchestra.

Keep on the big screen

He was also part of  Nightlife , with the presence of Aníbal Troilo, along with Edmundo Zaldívar on guitar, playing “Palomita blanca”. Chaves performs in one of the several episodes that occur in the film. In addition, he participated in  Embrujo en Cerros Blancos  with music by Domingo Federico and, also, with the  direction of Julio Rossi.  In the mid-60s, he recorded on his own some pieces, including “En la Vía” and “El morocho Barrientos”.

Another of his iconic appearances is in Sangre y acero, by Lucas Demare, along with Carlos Cores and Virginia Luque. The music is by Lucio Demare, who accompanies him in: “Malena” and “Only her”.  And in the film  La potranca (1960),  next to la morocha Maruja Montes.

“ Key figure of radio theaters.  Responsible for important radio stations such as La Zapatera y el Millionaire, he was also  an actor, author and singer , for  several years  he was on the board of directors of Argentores. The event occurred the day before yesterday, at the Italian Hospital where he was  hospitalized with cancer.”

“ At the age of 19 he began to work on Radio Belgrano and,  in a short time, he became a galan and singer of those works  that usually extended day by day for a month.”

In April 2008,  the legislature of the City of Buenos Aires   decided to honor him  by placing a plaque bearing his name.  This symbol of  immortality is located on the corner of Pedro Ignacio Rivera and Romulo S. Naón streets, in the Coghlan district, as well as in each of its melodies.