Rock en la Casa is a very important proposal from San Luis, which has a great tourist and cultural impact for Puntanos. 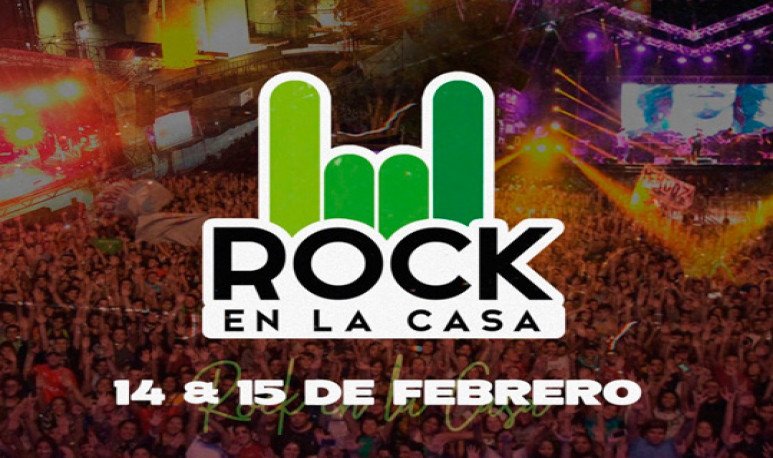 Rock en la Casa is a  festival  that had its first edition in 2019 in the province of San Luis. It was a total success and brought together more than 40,000 spectators at the Villamercedino cultural complex.

It is an activity promoted by the Puntano Government, which aims to give rise to artistic and cultural expressions. The Rock stage in the House allows you to see and share the talents of the city, the province and the region. Together with artists established nationally and internationally.

This year, Rock en Casa will be held on February 14 and 15. Admission is free and free. It is a very large and convening provincial event. In this second edition they expect to exceed the number of visitors. Rock is transformed into a cultural and regional attraction. That is why the Government, together with the police and health agencies, will carry out operations. This is to ensure the safety of everyone and the proper development of the festival.

In addition, this year the Pre Rock will be held in the House. It will be held on February 11, 12 and 13 at the Esplanade of the Phoenix Mill. Local bands and artists will be able to participate there, and the best will be chosen to participate in the main event, Rock en la Casa. Registrations are open at  www.casadelamusica.sanluis.gov.ar  to be part of the previous.

The great bands that will vibrate San Luis are not yet confirmed, but it will surely be at the level of what it was in 2019. Grandfather's Pills, Cafres, El Bordo, Flannel and Babasónicos filled the puntano stage with hierarchy. Sportsman and model Ivana Nadal was the host and host of the bands last year.

Rock en la Casa is part of the project La Casa de la Música. The main objective is to give space and wide dissemination to local artists. This cultural activity itself surpasses everything and becomes a tourist attraction. Rock in la Casa will not only mobilize  San Luis fans, but will bring to many other provinces.