The traditional eastern mendocino festival will be held in an amphitheater and will not be streamed. Only 250 people can attend per night. 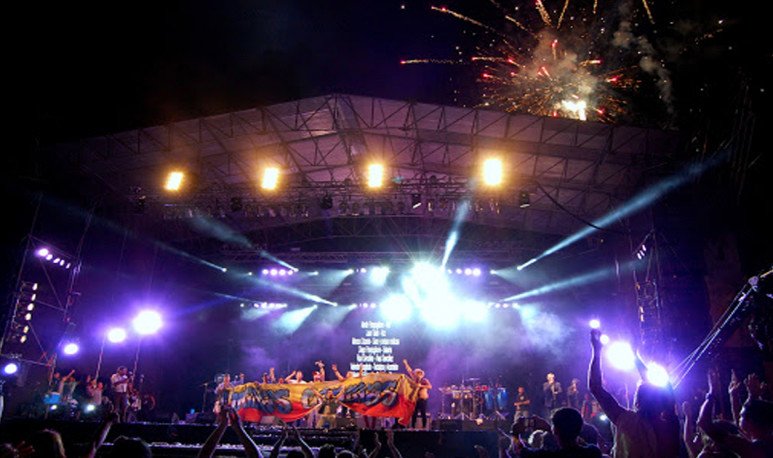 The  Rivadavia Canta al País festival is the most convening festival in western Argentina. Year after year, dozens of artists gather to vibrate, sing and dance to the hundreds of thousands of people who, excited, tend to reach the municipal premises.   In addition, fairs and typical food stalls adorn the postcard of a luxury show. However, this year, everything will be different. In fact, its realization is already quite a surprise. From there on, whatever comes, you have to accept it and enjoy it.

Just like  the Tonada Festival  and many other Mendoza events, Rivadavia Sings to the Country has been hanging by a thread in recent weeks. However, efforts of the authorities and protocols through,  rivadavienses will have their nights to pure music.

After a 2020 edition that was a furor, with artists such as  Tini Stoessel  , Sebastián Yatra, Wos and Abel Pintos  among others, in 2021 the commune will make an effort and, not only ; it will be held by the festival, but also  the Rivadavia Harvest Festival, which is usually part of one of the nights of the show. Both events will be held with local artists.   It will be eight days of festival and harvest, with musical bands and artists every night. All the people on stage will be local, and  with 250 people in the César Plástina Amphitheatre.

However, authorities have already confirmed that they are permanently following the coronavirus infection curve in Mendoza, which has remained quite flat from December to date. But  in case there is an adverse situation, they will suspend the festival.

The days chosen are  from January 31 to February 7, beginning with the departmental harvest and then have a full week of festival.   The César Plástina Amphitheatre is a very large place, which has been recovered in recent years and will serve to control the 250 people per night.  It hosted the first festivals inRivadavia Canta Al Paísand the authorities think it is the right place to be able to respect the protocols required. There will be playpens for up to 6 people , as happens in a restaurant, then  family groups  and friends will be allowed up to that amount.

In addition, it has been confirmed that there will be no district harvests. In that regard, it should be remembered that, in Mendoza, there are district, departmental and national harvests. In this case, the first will not be carried out. While  the decision has been made not to stream, as it is a very high cost for the department, and that is not consistent with the number of people who see it. Surely, there will be a compilation of videos that will then be published on the social networks of the municipality

The initiative emerged in 1986 by a group of  neighbors  who organized folkloric clubs , and who decided that it was time to show the talent and music from Rivadavia to the rest of Argentina. Despite enhancing the local, the festival currently encompasses music from all over the country , mixing traditional and current popular genres, and even international artists of great renown participate. The 2021 edition will be number 35.