Born in Comodoro Rivadavia and based in La Plata, Raybet offers an interesting sound and lyristic proposal. 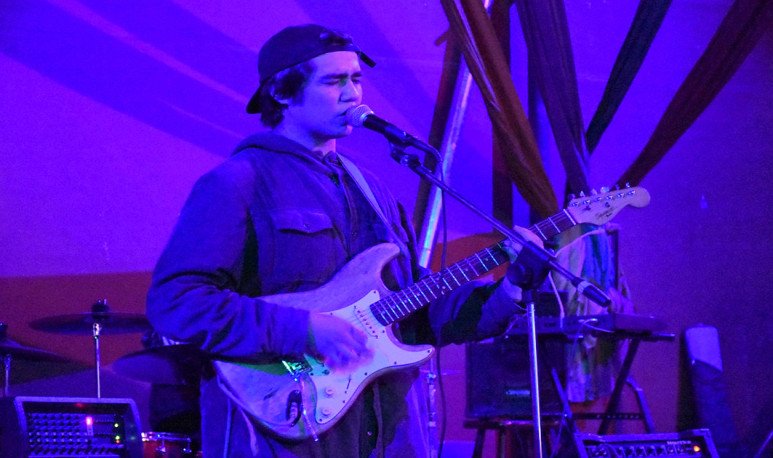 Born in the   Chubutense   city of  Comodoro Rivadavia   , based in  La Plata , Raybet broke into the music scene with an interesting sound proposal that accompanies lyrics with a dye to confession, in which it is shown as it is.

The comodorense is part of the label Mazorca Disco and is also a music producer.

Music did not come to his life by chance: quite the opposite, since he was little he explores soundscapes with  guitars , percussion instruments and synthesizers  , in which he finds a way to “go outside and express yourself.”

When he was a kid, in his home in the Juan XXIII neighborhood of his native   Commodore   , he mimiced with the cardboard guitar that his father made for him, until finally he was could have had the first creole. In the oil city, he formed a band but they didn't have to play live: they came together to rehearse and make covers.

However, his creativity in adolescence did not stand still and with only 17 years old -nor is he now many more, barely two decades passed -  in his room he made his first home production EP: Dolori , which has four themes. In those years he also began his stage of collaborating with friends musicians and producing other artists.

Raybet defines his music as “changing.” The label from there but in his songs we always find that kind of autobiography among its sound effects that lead us on an incredible journey between peace and frenzy.

At the end of high school, like many other young people, the artist left   Patagonia   and left for the city of the diagonals to study Composition, although then decided to take a little turn and changed the course towards Sound and Recording... always close to music, his great passion, finding his place among other new musicians, although he confesses that at first the new destiny scared him a little.

In an interview he revealed that his music is “downtempo, half sad”, while in contrast, the rest of the people he was finding along the way had another style and did not know how he could fit there. However, it did not become amilanated and managed to adapt and continued to grow.

The loneliness of quarantine led him to create two songs with different facets: Nantanto and No puedes amar as well.

Returning to the denominational nature of his works, Raybet recalled that in  La Plata  he lives with two friends, who during strict times of social isolation, preventive and mandatory in the face of the advance of the coronavirus, they decided to return to their homes, while he was left alone this time in the department of the Buenos Aires capital.

His plans for the past year were others, and in Notanto he tried to encompass the moment with music emotionally and, according to him, “means that came out like a vomit.” His other quarantine work, on the other hand, reaches the ear with greater intensity, mixing the loops with “spinettezcos” moments at the end of some of the verses, questing another person by assuring him that he “cannot love this way.”

Both songs born in full quarantine confirm what he himself says about his music: it is changing. It varies between the melancholy and the powerful by immersing anyone who listens to him in the artist's own states of moods. His music reaches directly to the soul and makes us think that we are next to Raybet as he tells us his story, his present and what he feels at the time of singing the song.

A singer and producer who never had a band that has played live but who was encouraged to show the world his personality from the transparency of his lyrics. Listening to Raybet is to enter a world that you do not want to leave and that leaves us waiting for the new creations to keep knowing him.