In Astor Piazzolla's career, Raúl Lavié meant the bridge between Orthodox tangueros and renovators, between concerts for few and popularity. Wonderful singers had the composer of “Chiquilín de Bachín”; like Negro, none. 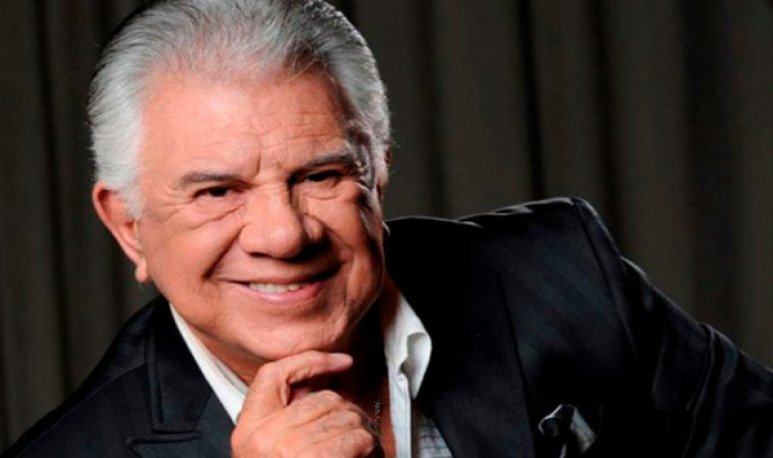 A Latin American artist returned to Buenos Aires in 1970 after rejecting the Hollywood offer.   Raul Lavie   had gone from the boy canchero from the Club del Clan, and his privileged voice, to the star of music comedy, in Mexico, and with Libertad Lamarque.   But this Santafesino “self-convinced of his destiny” wanted to turn the page, a new course like when he decided the microphone instead of the pencil, or actor of character more than a pretty face, and placed his talent in the musical monster that with “María de Buenos Aires & rdquo; and “Balada para un loco” was breaking barriers in Argentine popular music from tango. The alliance with Astor Piazzolla lasted since that happy meeting and Lavié was one of his greatest performers of the bandoneonist and composer.   On the centenary of the Marplatense genius, with thousands of tributes around the world,”   Piazzolla immortal” is the show of Negro Lavié that shines with its own light because it is part of the Argentinean sound band. The Negro who sang with the three generations of the Piazzolla, father, son and grandson. Astor and Raúl, one tanguero heart   .

Raul Lavie:   My idea is a show that best represents Astor's desire for his music to continue in 2000, and in 3000, too. I'll take the best songs from his Quintet and Octet, coupled with the work with electronic groups, in order to bring their message to the youngest.   I wanted to add other things, maybe there was a special choreography in Rosario, but the budget was limited to the money we got through patronage from the Buenos Aires City government.

I also summoned the pianist and arranger Juan Carlos Cirigliano, who worked with Piazzolla at the Octet, so let's listen to the original arrangements. And my voice will pass through several stages of the musician. One will be with my son Gastón and Isidro Satragno, my grandson, son of Leo, who will make up Ultratango, an electronic group that were among the first to make Astor's repertoire for youth. Then in the formation of the Quintet I present the voices of Franco Zacarias, who I think has a great voice, and Ce Suárez Paz, daughter of Fernando Suárez Paz, the violinist who accompanied Piazzolla in his last years. Finally I close in Octet format with Cirigliano and all the Maestro's classics.

Q: What was the panorama of tango when he returns from triumphing with “El hombre de La Mancha” with Naty Mistral in Mexico City?

Raúl Lavié: Let's clarify before that he was part of a generation, along with Rubén Juárez and Julio Sosa, who revitalized a retreating genre in the 1960s. Although he felt that he had to change the Tango or he died.   And what happened is that when I interacted with Piazzolla, I found a way to continue singing tangos. Astor once said to me, “I have to thank you that you Black were the first to catch my wave,”   He admitted in those years that the successful Ruben, Julio or -Roberto Goyeneche continued to sing stainless tangos, although we recognize that Polish Goyeneche had also approached Piazzolla.

When I came back from Mexico in 1970, Piazzolla had just emerged second controversial at the Buenos Aires Music Festival “Con ballad para un mado” I hear that song, I go crazy, and say that was my thing. At this moment I am summoned by a director of the record company CBS to record in the same style that Juárez had been doing. I thought it remained instead of adding up. And I rejected a tempting offer. Then   see what I wanted to do and I answer “record Piazzolla's music” It starts to discuss, that Piazzolla does not sell records, that the business is selling records. Then I can make it easy to confirm my decision to record Astor. Or nothing.   He reclaimed and pulled out a counterproposal: I would give the resources to record Piazzolla's music but if I failed, the next album, they were going to impose a classical repertoire on me. I accepted. The only condition was to ask me not to boycott the disc. And the serious manager said he would never go against his own company — something that happened so many times... and, moreover, he trusted me as a producer. And there were three albums that walked a phenomenon with themes of the Piazzolla Gato, one with Walter Ríos, and the other two with Cirigliano - “... el Negro Lavié Tango”, 1971, “La ciudad de todos”, along with Cacho Tirao who had also played with Piazzolla, 1972, and “Raúl Lavié”, 1973.

The Black and the Cat

Q: What did Piazzolla contribute to his way of singing?

RL: I came from several great orchestras, including Hector Stamponi and Osvaldo Fresedo, but what Astor added was a radical change of musical structure. Imagine that he had a whole back of tango music from the forties, which he heard from pibe on the radio, and that he had started with tango at fifteen, in 1953. My singer influences were those of orchestras of —Aníbal-Troilo and —Osvaldo- Pugliese, who were the real stars of the genre. Anyway since I was a kid I wanted to innovate and not look like anyone, starting with   Oh, Gardel.     The experience of   Piazzolla   and gave freedom and work as I wanted in the song of Buenos Aires without prejudice, without limits.

Q: You started in a not very traditional way to sing in Rosario...

RL: I didn't choose singing but Professor Serafino crossed me and said that he had a very nice voice, and I had to try singing. Honestly at the time what I wanted was to draw. Luckily my mom kept me several of those notebooks that I started in elementary school.   My life was always marked by self-conviction that I could do it.   That's where I thought my life was going to be governed by pictorial art. But life had prepared another way for me. And Serafino shows up at my house and tells my mom to send me to study music, it was a shame that I didn't study singing. We didn't have money. And the professor responds that he didn't charge us anything. I remember my mom followed me to the door of the conservatory, and she stayed waiting on the first day, in case she escaped me. It happened that I liked singing so much, and I got hooked with the other young people in the choir, that I just got into the orchestra and ended up as a soloist. It was self-convincing me that I could also sing. And I sang.

So he heard me sing one of the Orchestras Characteristics of Álvarez, my village near Rosario, and they hired me with less than fifteen. There he found pasodobles, ballads, boleros, tango and a lot of styles in the repertoire of those orchestras, and they made famous   Feliciano Brunelli.   It would be an experience that gave me barbaric versatility. Then I sang in another Rosario group and entered the Orquesta Típica de Julio Conti. And at 16 I made my debut singing tangos on the radio with a couple of seasons in lounges and village clubs.

Q: What do you think was the particularity of his voice that Piazzolla appreciated?

RL:   One of the first otolaryngologists to check my vocal cords confessed that I had no cords but came with ropes (laughter   ) That could explain how lozanas, and powerful, are my vocal cords. Also my structure of a very high palate, and it forms a sound chamber, like a church dome where the voice rises. That really helps the volume I hold. Anyway, I worked the voice a lot in a self-taught way. And I found a way to improve emission through breathing, especially by studying books on vocal techniques.

Lavié and Piazzolla, a bond full of music and love

Q: He shared tours and tours with Astor, remember the great recitals recorded in Tokyo in 1984, how did he sustain an intense family life where the head of a Lavié Clan looks like?

RL: (Lavié brand lavié lavié) My life is with my house. I've always tried to defend the family, find me where I am. And if there were separations, it was not failures but the balance of a mutual decision, between two. There is also no failure in my family life from the beginning. I have a daughter of my first wife, she was always close, and tied to her brothers. And when I broke up with Pinky too   we are still united because I consider the most important thing to have a family, perhaps because of the lack of a boy (pause) And defend it and move on.

With Laura we have forty years to partner and we have regraded. We first got married in Paraguay, then in Argentina with legal divorce, and finally when my first wife dies, by church. I am happy to be the head of the Lavié Clan, which is a tree with five children and six grandchildren.   And let the musical legacy continue through my children, who started in electronic music, El Signo, and then formed Ultratango, with strong bases in Piazzolla's music. They were so influenced that Gustavo Santaolalla acknowledged that he set up Bajofondo, the world event of electronic tango in the two thousand, after hearing that they were marking the path of renewal of the genre. My children, like his father, wanted to give tango new air so that he never dies. Like Astor.

Q: When he gets on stage, I think he will be remembering his son Leonardo, also part of the crusade to renew the 2x4.

RL: I'm very proud of what my son realized. And I was very happy that he achieved his dreams. Fate wanted something else (Leonardo passed away in 2019). But I am convinced that one is defined by his accomplishments. Leo is loved by his friends, remembered for the music he made, and that for me is the greatest satisfaction. I remember it constantly, with love and joy, but not dramatizing.   I feel your absence and remain in touch with your memory and your love. And Piazzolla's music will connect me again with his art. Thank you, Astor.