Efraín Colombo is a prominent rafaelino folk composer. Get to know the great career he forged in the provincial capital. 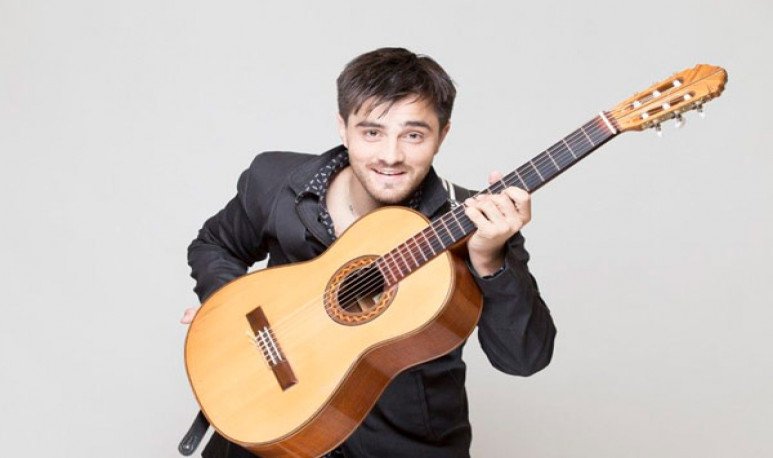 Efraín David Colombo was born in 1986 in Rafaela , Santa Fe. This rafaelino is a  musician, guitarist, songwriter, performer and music producer.  Ephraim had a first great influence since he was a kid. It was his uncle, musician and composer Julián Ratti. From his hand was born the Duo Girasol, the first musical experience of Colombo, when he was a child of only 7 years. He sang with his cousin, and his uncle Julian accompanied them everywhere. They sang and sang, from festival to festival. And it didn't matter anymore.

When he finished high school, Ephraim came to the provincial capital to study music. And life began to change him. He met “El Negro,” as he fondly calls Orlando Vera Cruz . He met him two years after he came from Rafaela. Today, the rafaelino  has his house in Los Conquistadores de Sauce Viejo neighborhood , a few blocks from the ranch of who is today his artistic mentor and godfather: the already mythical poet, composer and singer. The aforementioned Orlando, whose figure has been one of the hinges of Ephraim's life and musical career.

In 2011, Colombo presented his first record work as a solo artist, “De la esencia al canto”, “Libertad y misterio” (2014) is his second album. In 2016 he published together with two Santafesino groups the record work “Un canto una voz”. He also recorded his first video clip “Eulalia” portrait of the 2003 flood in Santa Fe. (2018). Towards the beginning of 2019 he recorded his second video clip, titled “Guitarreros de un singing”. Also towards the end of the same year  he published his first book  “From imaginary to musical language”, an analysis of the cantata “Chronicle sung to Estanislao”, composed by friend Vera Cruz.

Simple and modest in his words and modes, the young folklorist graduated from Bachelor of Music with orientation in guitar, at the Universidad Nacional del Litoral . She teaches at the Funes school, in Centenario neighborhood, hidden under the stands of Club Colón.

Just before the pandemic explosion, the rafaelino came to finish recording his album “Lo que soy”,  produced by Jorge Rojas and his production company Quilay. The overall situation forced to pause the mixing and mastering of the album, in the course of 2020.

But throughout the year, it was possible to work planned releases. Ephraim awarded each of them a certain date, with an argument; which was based on the compositional basis that each song had. That is why for each of them a special date was chosen. Thus, “Lavandera” was presented for Spring Day; in Children's Month, they presented “Echo”; as a tribute to Atahualpa Yupanqui... and so on with others.

The last premiere of 2020 was “A farewell”, bringing incredible results. Almost half a million views and 100% more followers on all social media and platforms.  While behind this is a production company like Quilay Producciones of the Rojas brothers, it can be taken as an independent production, because it is not a multinational. And sometimes that costs a lot more.

Efraín leaves a reflection, to bring up the title of his last album. He states that what a person is is never finished building: every day, if one has open the senses, he changes what he thinks. And it modifies it, molds it, gives it a twist again; and in that sense it is extremely important to feel that one is in constant search, and not stopped.