Osvaldo Pugliese was not only a tango master: musicians say invoking him brings good luck. We remember him on the anniversary of his death. 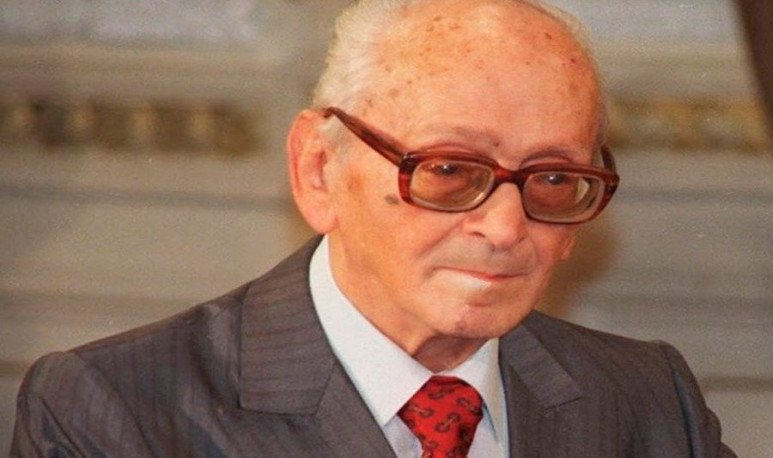 There are people who leave a mark on their passage through this world. They change something, sometimes small, sometimes big.   Osvaldo Pugliese  was undoubtedly one of those people.  Pugliese left his mark on tango , but also in our society. Its unique style still inspires and its essence is invoked — even — to attract luck.

Where does this cabal come from? It seems that it all started during a   Charly Garcia  recital, in which certain difficulties and technical problems were complicating the start of the show. Things did not work well, until the miracle happened:  someone from the team ran a test with a Pugliese album  and, as if by magic, everything started to improve. Charly was able to give her show and thereafter, the myth was born:  “Pugliese, Pugliese, Pugliese”  became the mantra of musicians to invoke good luck.

Maestro Pugliese was born on December 2, 1905 in Villa Crespo (Buenos Aires City), within a family of musicians. It was his father who gave him the first push: he gave him a violin and registered him at the  Odeon Conservatory . There, he met the love of his life: the   piano  .

At the age of fifteen he began his musical career in the world of  tango . He was integrating different musical groups until, in the 1930s, he formed his own orchestra along with violinist Elvino Vardaro. In 1936 he created a sextet along with bandoneonists Alfredo Calabró, Juan Abelardo Fernández and Marcos Madrigal, violinists Rolando Curzel and Juan Pedro Potenza, and double bass player Aniceto Rossi.

With this orchestra, which underwent some modifications over time, he gained great recognition for 55 years.  He created more than 150 songs : “La Yumba”, “Recuerdos”, “La Beba”, “Negracha” or “Malandraca” are some of the most famous.

In addition to his commitment to tango, Pugliese stood out for his  commitment as a citizen . In 1935 he promoted the   Argentine Union of Musicians   of which he was member number 5, to promote the work of music as “a personal dignity and not a punishment”. A year later he joined the young  Argentine Communist Party . This conviction, however, was not free: he was persecuted, censored and even imprisoned during the government of  Perón  and the dictatorship of the Libertadora Revolution.