We tell you how the myth of invoking it was born to attract good luck. 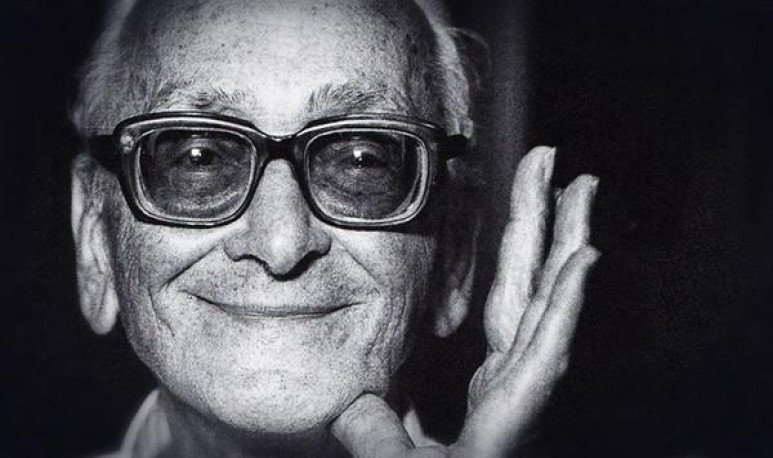 Good luck” , “merd” , “hits” or “Pugliese, Pugliese, Pugliese” . Owner of great talent and brilliant musical career, Osvaldo Pugliese became one of the most recognized artists in tango. His particular style continues to inspire musicians and tangueros around the world, but more than 20 years after his death, he is also invoked in an antimufa or antiyeta gesture.

It is said that during a concert by  Charly Garcia , a series of situations and technical problems were triggered that delayed the start of the show. The sound did not work well, until someone on the computer tried to test a MaestroPugliese disc   . It all started to get better and Charly gave her show. From there, the myth of good luck that brought to invoke the musician was born.

In the face of light cuts, broken amplifiers, lost instruments and so many other things that can happen during concerts or performances, the Pugliese cabal seems to be always present . Therefore, there are not a few artists who paste one of their photos in a corner of the dressing room. He even has his own print and prayer:

“ Protect us from everyone who does not listen. Love us with the mufa of those who insist with the national chicken duck. Help us to enter harmony and enlighten us so that misfortune is not the only cooperative action. Take us with your mystery to a passion that does not break our bones and don't leave us quietly looking at a bandoneon on a chair.”

He was born on December 2, 1905. Son of a family of musicians, his father gave him a violin and registered him at the Odeón Conservatory in the Buenos Aires neighborhood of Villa Crespo. However, there he discovered the instrument that passionate him throughout his life - the piano. He studied with great masters, such as Vicente Scaramuzza and Pedro Rubione.

At the age of fifteen he was part of a musical trio along with bandoneonist Domingo Faillac and violinist Alfredo Ferrito. In a bar called the “Café de la Chancha” -it is said that because of his little hygiene- he debuted pure tango, with those two masters. Then, he did so by participating with another group, in which was  Francisca Bernardo , the first bandoneonist from Argentina , better known as “Paquita” or “la flor de Villa Crespo”.

He was integrating different musical groups until in the 1930s he formed his own orchestra along with violinist Elvino Vardaro. At Café Nacional they made their first presentation and with which they gained a wide impact. With that incipient fame, they managed to carry out the first tour around the country, but not everything turned out as expected: the tour demanded more expenses than profits and even had to pawn some of their instruments to return home.

In 1936 he created a sextet along with bandoneonists Alfredo Calabró, Juan Abelardo Fernández and Marcos Madrigal, violinists Rolando Curzel and Juan Pedro Potenza, and double bass player Aniceto Rossi. This was the  orchestra  with which he gained his great recognition for 55 years, always with some changes, but faithful to the original spirit of the members.  Osvaldo Pugliese created more than 150 songs. Some well-known as “La Yumba”, “Memories”, “La Beba”, “Negracha” or “Malandraca”. He also recorded more than 600 pieces by other musicians and authors.

Osvaldo Pugliese is not only recognized as one of the great Argentine musicians who revolutionized the performance of tango on piano, but also as a citizen committed to the work of musicians, performers, composers, and their rights and obligations as artists. It was then, in 1935, when he promoted the Argentine Union of Musicians of which he was member number 5, to promote the work of music as “a personal dignity and not a punishment” , they said from the organization.

A year later, he also joined the young Argentine Communist Party. His ideas and convictions earned him persecution, censorship and even jail, during the government of Juan Domingo Perón and the subsequent dictatorship of the “Libertadora Revolution”. However, Pugliese never stopped playing.

In 1985, when he turned 80, he played with his orchestra at the prestigious Teatro Colón , before an audience who loved and praised him from the first to the last song. His orchestra included outstanding singer and performers such as Roberto Chanel, Alberto Morán, Jorge Vidal, Jorge Maciel, Miguel Montero, Alfredo Belusi, Adrián Guida and Abel Córdoba. Córdoba was the one who sang alongside the orchestra, for 30 years, directed by Maestro Pugliese.

He received countless distinctions both national and abroad, including that awarded by the Cuban government, the “Alejo Carpentier” medal , the most important cultural distinction on the island; the French government named him Commandeur de L'Ordre des Arts et Letters and Buenos Aires declared it Ciudadano Ilustre. The Argentine Society of Authors and Composers of Music (SADAIC) and the Association of  Tango  Collectors placed a plaque on Av. Corrientes 960, in commemoration and for its 50 years of career and contribution to Argentine culture and tango. In 1990, he received the title of Honorary Academic from the National Academy of  Tango .

On July 25, 1995, at the age of 89, he died in the City of Buenos Aires. His daughter Beba and granddaughter Carla, also pianists, continue the legacy of that great music that, even today, is still more valid than ever.

The 5 cabalas that scare away bad luck