Home Argentine Music The Polish: “working with Tinelli opens up the fan of people”

The Polish: “working with Tinelli opens up the fan of people”

The tropical singer El Polaco who released his song “Ruku Migue” where he ventures into Latin urban rhythms and crosses them with cumbia. 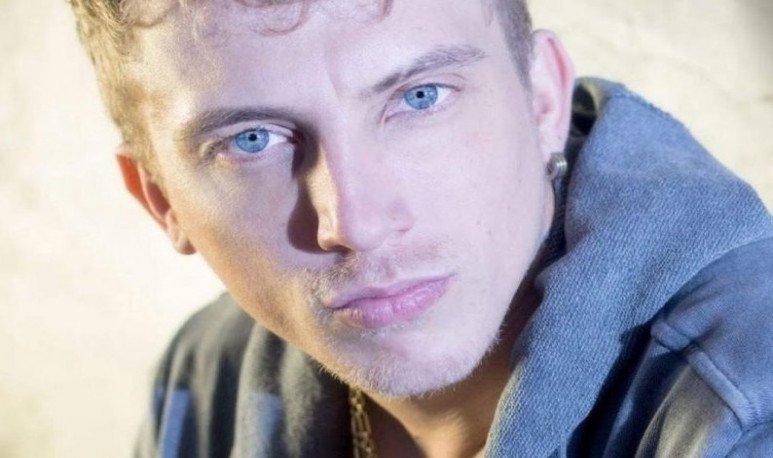 The tropical singer  El Polaco  who released his song “Ruku Move” where he ventures into the Latin urban rhythms and crosses them with cumbia, considered that having participated for two years in the cycle of  Marcelo Tinelli  , “gives you another exhibition and is more people who wants to see you.”

Ezequiel Ivan López Cwirkaluk , such as the name of El Polaco , is the goal of Sony Music who hired him and put him to work with the 3Musica team, composed of Peter Akselrad, Nano Novello and Luis Burgio, the producers of  Lali Esposito   and  Benjamin Amadeo  , to put him in the market of urban rhythms without losing the link with the cumbia movement, where the singer is very popular.

Born in the south ofGreater Buenos Aires, Pole seeks to modernize his sound with the mixing of rhythms:

T፦ What will change musically in your career?

EP፦ I'm in a moment of transition, from being in another record company to now being in Sony. I have been preparing my new themes since February this year where nothing changes, the essence is the same. Just adding to the new sounds, the producers are agents of 3 Music and we were able to complement each other, I have been doing all these years and they have new sounds, new bases.

EP፦ In the neighborhoods you hear everything today. You can hear  salsa,  cumbia  or  rock & roll   , which is good neighborhood. It's all fashions and moments, and people are changing. Trap today totally breaks it, it is one of the musical genres that are ravaging, but cumbia is banking. It is very diverse today what people hear, in my view.

T፦ Those genres, reggaeton and trap, are they allowing cumbia to enter markets that sometimes didn't enter?

EP.- If you start to listen to a song of  Maluma  has that güiro of cumbia and older of Becky G is practically a cumbia. They're opening the door so we can put in new  sounds  and start doing different things. While it always has to be the same essence and I'm never going to stop doing cumbia, I'm not going to lie to you that I want to put new bases and sounds into it. That's what I'm doing. In fact, I have 9 tracks recorded and there is not a single track like it. It's not like you used to record an entire record with the same base, which was all the same. Today on my new  album  you will hear a slow, a reggaeton with cumbia and this new song that is Ruku Migar that is more bowling, has more joda sound. I was always used to making more romantic and testimonial themes, and now I came up with this theme that I wanted to do for pleasure, another summer theme to have a good time.

T.- What did you like about the 3Música producer team? Did you know them how they were working with  Lali Esposito ?

EP ፦Of course, Lali introduced me to the 3M guys and  Sony guys. You don't know who produces the  artist 's songs, the producers are the ones who make the most and the ones who are most hidden. They're the ones that make everything about the artist work, but I didn't know them. I met them from Lali who introduced them to me, we stuck wave to the touch and started working from February or March 2018 and the idea is to release songs as prior to the presentation of a new album.

T፦ How much does your position on the scene have participated two years in a row in  Marcelo Tinelli 's program?

EP ፦I am a person who is used to working. I like it. I always worked very well, I can't complain. Obviously Tinelli gives you another exhibition, people want to see you, but I always kept the same thing. What is good is to open the fan and make it all multitarget for all social status. The good thing about  Tinelli , when I had the chance to be on the show, is that she knows you from a 4-year-old girl to a 90-year-old lady. You have to be everywhere, I think. I like to work, I'm a hardworking person, since I was a kid I've been breaking my soul to get to where I got. I get bored doing a dance a night, I like to work, I do what I have to do. But I don't do it for economic reasons, although obviously you like to live well, but I do it because it's part of my life. I'm used to breaking my soul and being on the move.